Authorities later found a receipt in his truck showing he purchased 9mm ammunition roughly an hour before the shooting. 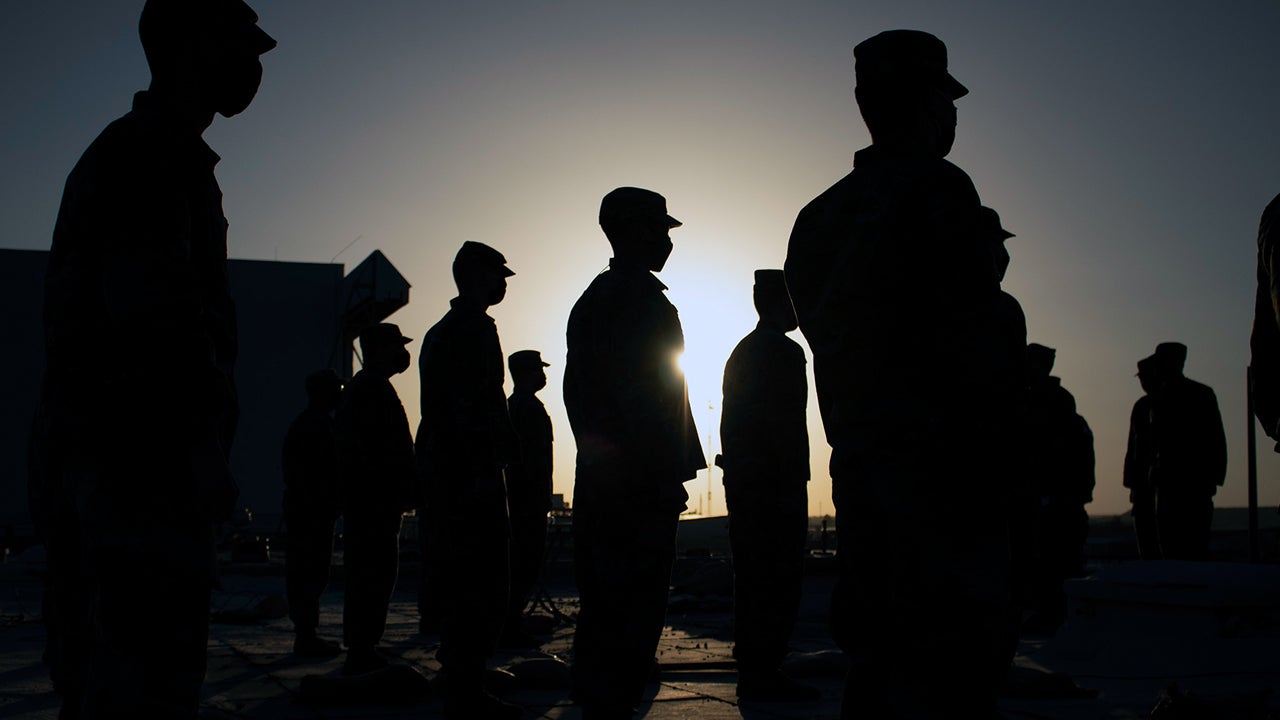 A specialist in the Iowa Army National Guard was one of two women killed last week by a fellow Iowa Guard sergeant days after he was arrested and charged with harassing her.

Spc. Eden Montang, 22, was in the parking lot of the Cornerstone Church in Ames, Iowa, on June 2 with two other women when Sgt. Jonathan Whitlatch, 33, approached her with a 9mm pistol, Story County Sheriff Paul Fitzgerald said in a press conference. Whitlatch “fired several rounds,” Fitzgerald said, and “within a matter of seconds, Eden Montang and Vivian Flores were fatally injured from the gunfire.”

A third woman with them was able to find cover and was not injured. Fitzgerald said that when authorities arrived on the scene, Whitlach died of “an apparent self-inflicted gunshot wound to the head.” There was no indication that Whitlach attempted to get into the church, with about 80 other students inside.

Authorities later found a receipt in Whitlatch’s pickup truck showing he purchased 9mm ammunition roughly an hour before the shooting.

Just two days before the shooting, on May 31, Whitlatch was arrested and charged by the Ames Police Department with third-degree harassment and impersonating a public official, Fitzgerald said. Both charges were “directly related to Eden.” The two had “just broken up,” he said, which resulted in the charges from Ames Police Department.

While Fitzgerald said he believed there was a restraining order against Whitlach, Iowa news station KCRG reported that the no-contact order was from an unrelated case and did not apply to either of the victims. According to KCRG, the no-contact order against Whitlatch was filed in November and “involved assault with intent to commit sexual abuse.”

After his arrest on May 31, Whitlatch posted bond and was released; he was scheduled to have an initial court appearance on June 10. The issue of a no-contact order related to Montang could have come up during that appearance, KCRG reported.

The Iowa National Guard confirmed in a press release last week that the Montang and Whitlatch served with Detachment 1, Headquarters Support Company, 248th Aviation Support Battalion in Boone, Iowa. Montang, a mortuary affairs specialist, joined the Guard in August 2019. Whitlatch, a human resources specialist, joined in September 2015. Neither of the soldiers was in an active duty status on the day of the shooting, the release said.

Maj. Gen. Ben Correll, the adjutant general of the Iowa National Guard, said they “are devastated by this tragic news.”

“Our hearts are with all who are impacted, including the victims’ families, Ames, Iowa State and Cornerstone Church communities, friends, and fellow service members,” Correll said in the release. “While working to support those affected, we will continue to cooperate with law enforcement as the investigation continues.”

According to the National Coalition Against Domestic Violence, one in three female murder victims in the U.S. are killed by intimate partners, and 48.6% of women are killed by dating partners. Indeed, a Washington Post analysis of 4,484 killings of women across 47 major cities, published in 2018, had similar findings. Of those murders, 46% of them were done at the hands of an intimate partner, The Post reported, and more than a third of the men who killed a current or former partner “were publicly known to be a potential threat to their loved one.”

Getting a restraining order against someone can “lead to fatal violence because involving the legal system often is a flash point,” The Post reported. While women are encouraged to do so, Karen Parker, the president and CEO of Safe Alliance, an organization which helps abused women in North Carolina, said a restraining order is “not a bulletproof vest.”

“He can still come after you,” Parker told the Post. “It’s a legal tool.”