While their families got sick from contaminated water, these Navy divers were tasked with fixing it

“I was tasked to go respond to the cleanup efforts of the thing that makes my wife sick and made my family sick.” 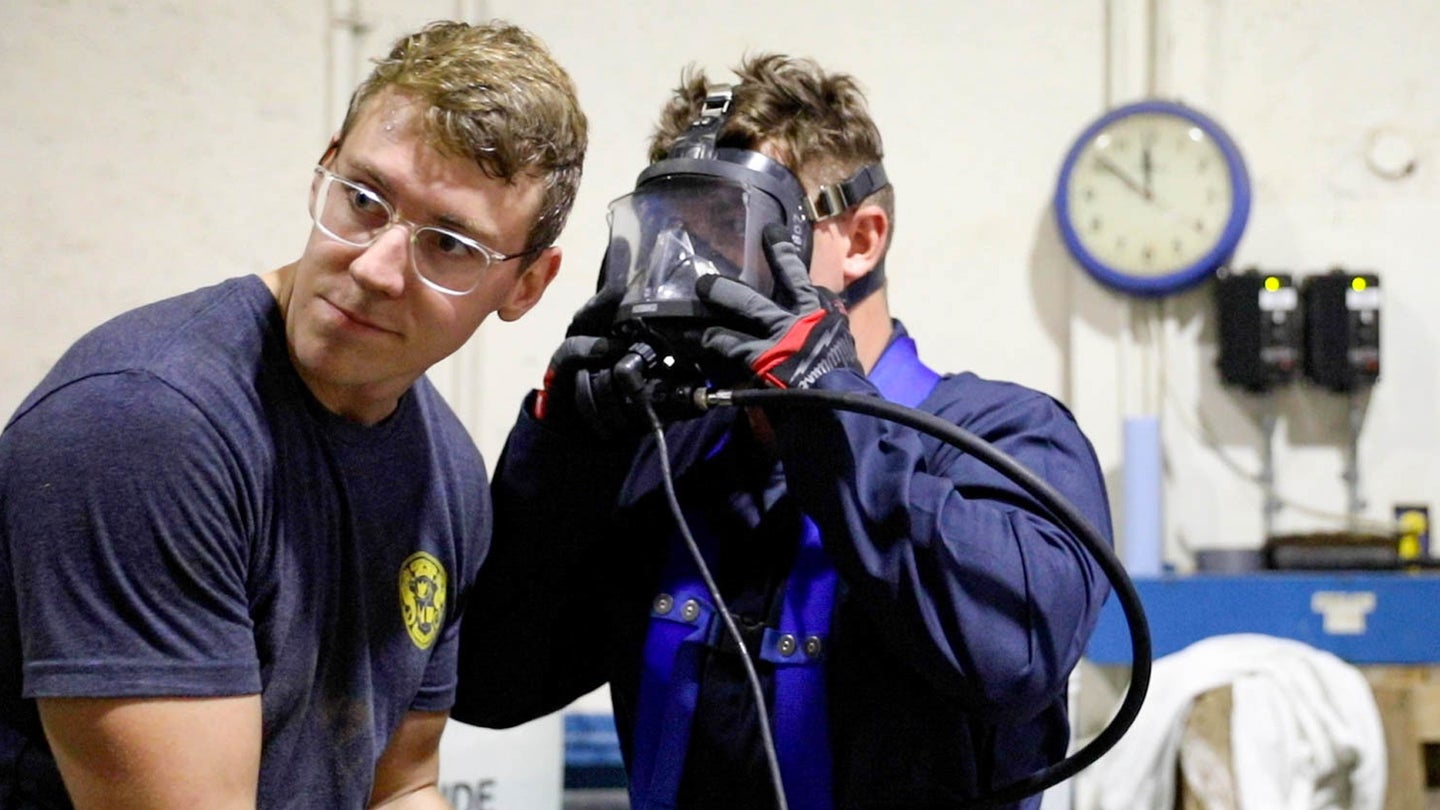 After nearly 20,000 gallons of fuel leaked into the Navy’s water supply in Hawaii, Navy divers were tasked with finding the problem they saw coming out of their water faucets at home.

Divers with Pearl Harbor’s Mobile Diving and Salvage Unit One (MDSU1)  became “unlikely first-responders” to the November fuel leak at the Red Hill Bulk Fuel Storage Facility, according to a report from the Honolulu Star-Advertiser. But this assignment was different. They were seeing the impacts of the problem they were trying to fix in their own homes, where some of the their family members were seeing symptoms of exposure.

“I had never experienced something like this before where my family, especially my wife, was so ill, and then I was tasked to go respond to the cleanup efforts of the thing that makes my wife sick and made my family sick — and then made me sick, for that matter,” said Senior Chief Master Diver Brian Simic, who has since retired. “You see exactly where your water is coming from. You know that the faucet you turn on at your home is from that water that I’m cleaning up … it just makes that situation that you’re living very real.”

The fuel leak in November was the culmination of a number of missteps and failures by Navy officials over the course of months, according to a Navy investigation released last month. The problems started months prior in May, when another fuel spill of almost 20,000 gallons occurred that officials failed to respond to properly. Those thousands of gallons are eventually what leaked in November to the water supply.

The divers with MDSU1 — which is the Navy’s “premier diving and salvage force” — were tasked with finding the source of the contamination. To do that, they had to suit up and swim through the water in a “pitch-black tunnel.” Even after they had set up pumps “designed for decontamination and removal of water and other liquids,” Lt. Cmdr. Chris Wilkins, salvage officer with the MDSU1, said they continued working in the well “for several months.”

The Navy’s investigation described how the fuel fumes were so bad in the area of the leak that one man had to wash “his eyes with water, because they were burning.” Indeed, as the Star-Advertiser reports, the fumes from the leak combined with poor ventilation inside the pump room where the well is accessible took a toll on those working on the problem.

Chief Navy Diver Melissa Nguyen, who has more than 15 years of experience, told the Star-Advertiser that the diving and salvage unit had to break up their 12-hour shifts in half because it became unsustainable. Simic said his eyes started drying, and he noticed himself getting short of breath. Wilkins said that the fumes were “starting to get … even inside of the helmet.”

“So there were still risks of having them move through there with all the protective equipment,” Wilkins told the Star-Advertiser. “There’s still seepage of fumes because it was pretty big in the air down there. The risks involved were too high to do repeated trips in there. They found what they needed to find as best they could.”

And it wasn’t just the fumes; there was physical evidence of the contamination in the water the divers were going into.

“There was a foam-like substance on top of the water,” Simic said, “and that spread pretty much all over the area that your eyeball could see.”

Military families reported a range of health issues that they say came from their exposure to contaminated water in their homes, including rashes, headaches, nausea and vomiting, hair loss, diarrhea, abdominal pain, and skin irritation. Simic’s wife was hospitalized around the time their mission in the well started, he told the Star-Advertiser, though the doctors “refused to test her for petroleum exposure.”

One woman even confronted Navy leadership in December about her family’s beloved dog, who she said had to be put down after she suddenly showed signs of a “mysterious illness” that included symptoms of depression, weakness, loss of appetite, dehydration, vomiting, and difficulty breathing.

“Because suddenly it now makes sense why she would go days without drinking water and then vomit after drinking some,” the woman, Lauren Bauer, said during a Navy town hall. “I dare say that you murdered my dog, but causation is not correlation, so I am left to speculate.”

Experts have said that tracing illnesses back to contamination exposure is difficult to do, particularly because more serious impacts may take years to develop. Natalie Exum, an assistant scientist of environmental health and engineering at the Johns Hopkins Bloomberg School of Public Health, told Task & Purpose in January that it’s doubtful parents will “ever know how this has impacted their kids and their immunological or their developmental” growth.

“Like will the kids from Flint, Michigan, ever really know how much higher their IQs could have been had they not been exposed to lead? No, because these things take a really long time to develop,” Exum said.

And it’s not just children: Simic told the Star-Advertiser he has continued having headache, fatigue, and dry eyes since he left the Red Hill well in February this year. He worries it’s linked to the contamination he was exposed to, and has the same concerns for other young service members who likely aren’t going to feel symptoms “right away.”

“Just because you don’t feel it doesn’t mean you’re not going to have something happen down the road,” he said. He added that there should be “some type of registry” to ensure that symptoms can be documented and investigated. As of now, Simic said he and his family have struggled to get care in Florida because their illnesses and symptoms haven’t been officially tied to the fuel exposure they had in Hawaii.

“It’s got to be a concern for the military to track anybody who’s been tasked with working so close to such a contaminated atmosphere,” he said.