Who is Paul Whelan, the Marine veteran left behind in Russia in the Griner-Bout prisoner swap?

The U.S. government says it was unable to secure the Marine veteran’s release along with WNBA star Brittney Griner. 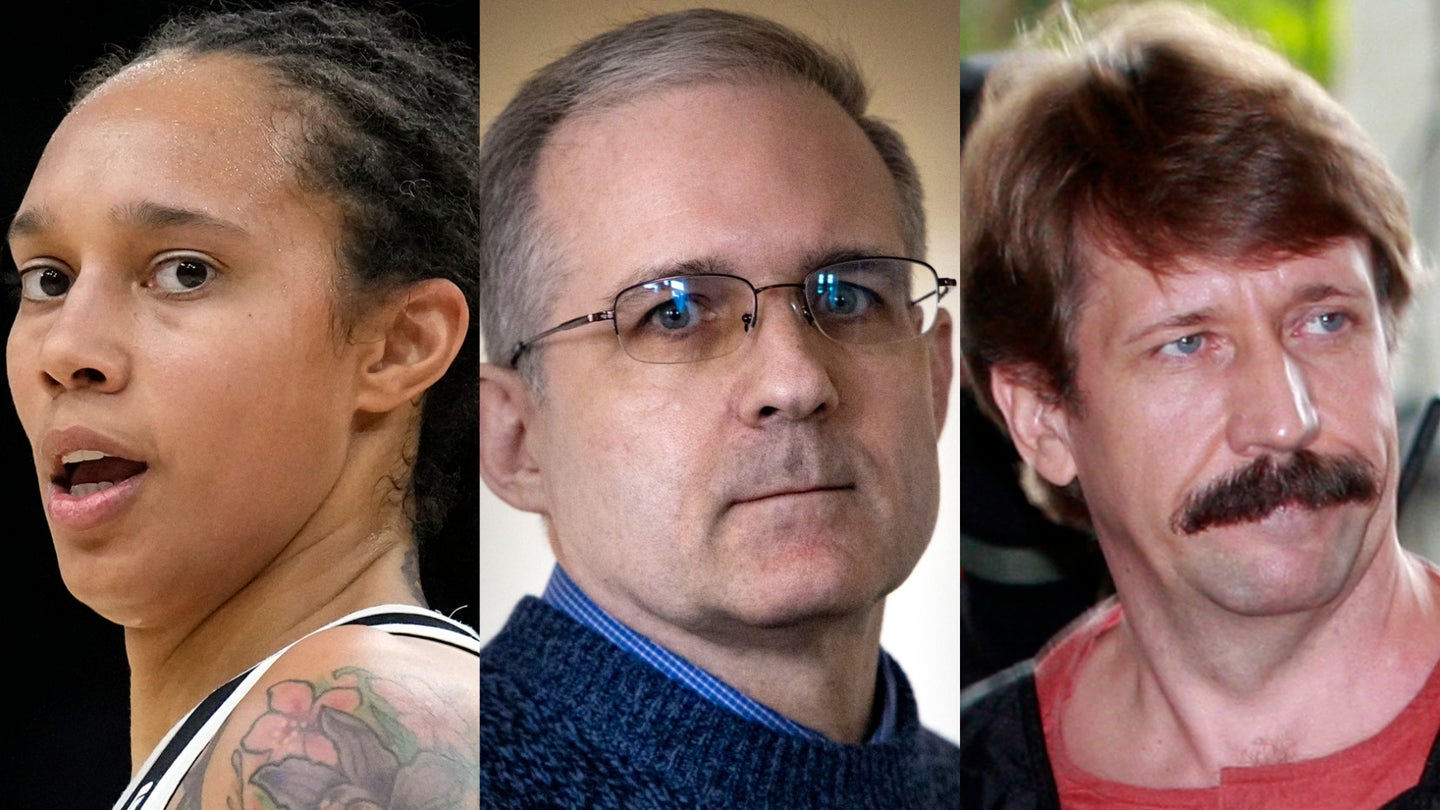 The U.S. government’s recent success with negotiating the release of WNBA star Brittney Griner in exchange for convicted arms dealer Viktor Bout has been somewhat tempered by the fact that Marine Corps veteran Paul Whelan remains in Russian captivity.

Whelan was working in Moscow as the corporate security director for an automotive parts supplier when Russian authorities arrested him in 2018 on espionage charges. Two years later, a Russian court sentenced Whelan to 16 years hard labor.

The U.S. government has long denied that Whelan was working as a spy in Russia.

When President Joe Biden spoke on Thursday at the White House about Griner’s release, he said that Whelan has been “unjustly detained in Russia for years,” adding that the Russians refused to include Whelan in the agreement that led to Griner’s release.

“This was not a choice of which American to bring home,” Biden said. “We brought home [Marine Corps veteran] Trevor Reed when we had a chance earlier this year.  Sadly, for totally illegitimate reasons, Russia is treating Paul’s case differently than Brittney’s.”

“And while we have not yet succeeded in securing Paul’s release, we are not giving up,” Biden continued. “We will never give up.”

“I don’t buy Biden saying they didn’t have a choice to bring U.S. Marine Whelan home,” Waltz tweeted on Friday. “When do we start dictating the terms to Putin, the Iranian Regime, terrorists, & our adversaries around the world?”

Whelan’s status as a Marine veteran has earned him widespread support among Republican lawmakers. He served in the Marine Corps Reserve from 1994 to 2008 as an administrative clerk and administrative chief, according to his service record, which was provided by the Corps. He made two deployments to Iraq,from February to August 2004 and then from February to December 2006.

But Whelan was ultimately demoted from staff sergeant to private and given a bad conduct discharge after being convicted at a Jan. 14, 2008, special court-martial of attempted larceny, dereliction of duty, making a false official statement, wrongfully using another person’s Social Security number, and writing bad checks, according to military records.

Specifically, Whelan was found guilty of trying to steal $10,000 while deployed to Iraq in 2006, bouncing about $6,000 in checks and using the other person’s Social Security number to log into a training system to grade his own examinations, the Washington Post reported.

The New York Times reported that the Russians were unwilling to include Whelan in the prisoner exchange for Griner because they view him as a spy, so they would only release him in return for a Russian spy in custody, such as Vadim Krasikov, who was sentenced to life in prison after a German court convicted him in 2021 of killing a Chechen separatist in Berlin.

Russian officials had long insisted that Krasikov be released as part of a deal for Griner and Whelan, but in November the Russian government offered to release Griner in exchange for Bout, according to the New York Times. The Russians refused to include Whelan in the agreement.

“This was not a choice for us on – of which American to bring home,” White House spokeswoman Karine Jean-Pierre told reporters on Thursday. “That was not the choice.  It was a choice between bringing home one American or bringing home none.  And we brought one home today, and that is important to note.”

Whelan’s brother David told NBC News that the Biden administration made the right decision to go ahead with the prisoner swap for Griner, adding, “We do not begrudge Ms. Griner her freedom.”

However, Whelan told CNN that he has been “greatly disappointed” that the U.S. government has not done more to secure his release, especially considering this month marks the fourth anniversary of his arrest.

“I was arrested for a crime that never occurred,” he told CNN by phone. “I don’t understand why I’m still sitting here.”