The soldier was held captive for almost two weeks in 1965. 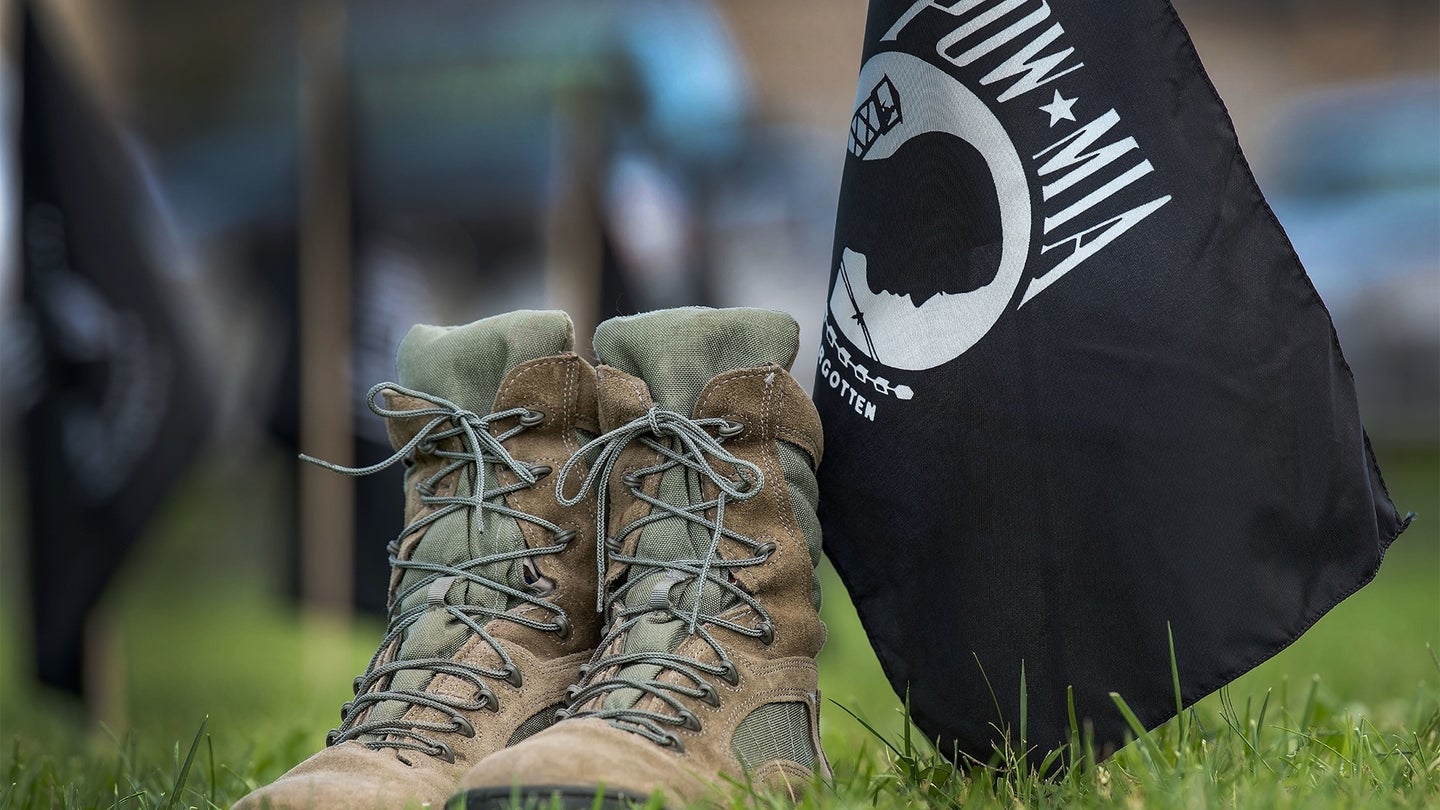 For a moment and hours prior to the National Prisoner of War and Missing in Action Recognition Day ceremony, a pair of boots sit beside a POW/MIA flag Sept. 15, 2017, on Dover Air Force Base, Del. A formation of 20 flags symbolized a flight made up of POW/MIA personnel and was placed between two Team Dover 20-man flights. (Roland Balik/U.S. Air Force).
SHARE

Nearly 57 years after being held captive for 12 days by a guerilla force in Ethiopia and Sudan, an Army veteran is finally being recognized as a prisoner of war.

Ron Dolecki, 76, lives in Maryland. But in 1965 he was a specialist with the 64th Topographical Engineer Battalion, part of a classified mapping campaign with the Ethiopia-United States Mapping Mission.

During one mission, on July 12, 1965, Dolecki along with Jack Kalmbach, an Army helicopter pilot, and a local interpreter were captured by members of the Eritrean Liberation Front, an armed guerilla group opposing the Ethiopian government. For 12 days the men were marched 150 miles through harsh conditions into neighboring Sudan.

Dolecki then escaped and was repatriated at the Sudanese-Ethiopian border. Kalmbach and the translator were eventually repatriated as well.

Despite being held captive, Dolecki was repeatedly turned down for the Prisoner of War Medal by the Army Awards and Decorations Branch. According to Army officials at the time, because the United States was not in conflict with either Ethiopia or Eritrea, Dolecki was not eligible.

In 2013, Congress voted to amend Title 10 of the U.S. Code, expanding eligibility for the award to personnel who had been held captive “under circumstances which the Secretary concerned finds to have been comparable to those under which persons have generally been held captive by enemy armed forces during periods of armed conflict.”

This included cases such as U.S. airmen detained in Switzerland during World War II who had attempted to escape their internment camps and had subsequently been imprisoned. Because Switzerland was a neutral country and not hostile, the men hadn’t been eligible for the medal despite being detained in prison.

Dolecki applied for the Prisoner of War Medal four times, with his case eventually catching the attention of military historians, Army battalion commanders as well as former and current Senators including Sen. Chris Van Hollen (D-Md.), among others.

Van Hollen eventually included language clarifying Dolecki’s eligibility in the 2022 National Defense Authorization Act. On Thursday, Van Hollen’s office announced that the Army would award Dolecki the Prisoner of War Medal. Kalmbach, who passed away in 2015, would also receive the medal posthumously.

“I’m glad the Army also awarded a POW medal to my helicopter pilot and dear friend, Jack Kalmbach, who has already passed away. I only wish we could have received our medals together while he was still alive,” Dolecki said in a press release from Van Hollen’s office.

In an interview with The Baltimore Sun, Dolecki said that, “As far as the medal goes, it has been a long, long struggle to obtain it,” adding that, “After all this time, I’ll certainly treasure it all the more.”