It’s official: the Space Force is here to bring freedom and liberty to the stars

The defense budget for fiscal year 2020 officially agreed upon by key lawmakers in the House and Senate would officially establish the U.S. Space Force as the sixth branch of the U.S. armed forces 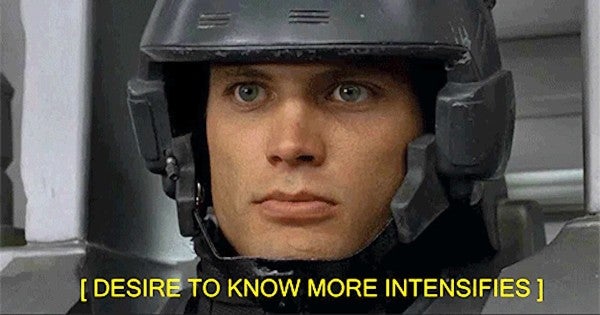 The National Defense Authorization Act for fiscal year 2020 officially agreed upon by key lawmakers in the House and Senate would officially establish the U.S. Space Force as the sixth branch of the U.S. armed forces.

The leaders of the House and Senate Armed Services Committees unveiled their $738 billion conference agreement for the 2020 NDAA on Monday, which covers subjects from adversaries like Russia and China to major reforms to the private military housing system.

The NDAA includes $72.4 million to stand up a new Space Force headquarters. It is unclear at this time exactly how many personnel will transfer from the Air Force to the nascent department.

According to the language, the Space Force has two primary goals: to provide freedom of operations in outer space and to facilitate “prompt and sustained” space operations.

Its specific duties include protecting U.S. interests in space, deterring aggression from other space-facing adversaries, conducting any and all space operations required by the U.S. government.

To achieve these goals, the NDAA would establish the Chief of Space Operations, a general in charge of the Space Force who, subservient to the Secretary of the Air Force and a member of the Joint Chiefs of Staff, would oversee “the space forces and such assets as may be organic therein,” according to the language.

Those assets will be determined by a new 'Space Force Acquisition Council' established within the office of the Secretary of the Air Force by the 2020 NDAA to “manage acquisition and integration of the Air Force for space systems and programs in order to ensure integration 17 across the national security space enterprise.”

That council would include not just the Chief of Space Operations, but a new Senate-confirmed Assistant Secretary of the Air Force for Space Acquisition and Integration who will “synchronize” existing space system efforts and oversee the Space and Missile Systems Center, Space Rapid Capabilities Office, and Space Development Agency.

Beyond the new space acquisition executive, the NDAA would also establish an Assistant Secretary of Defense for Space Policy whose principal duty “shall be the overall supervision of policy of the Department of Defense for space warfighting.''

(Sadly, the position does not appear to come with the title “Sky Marshal“)

It's unclear what “space warfighting” will actually look like, but one thing is clear at the moment: When the Pentagon imagines war in space, it is absolutely not concerned with alien adversaries — yet.