The application window opened the same day Americans were told to leave "immediately." 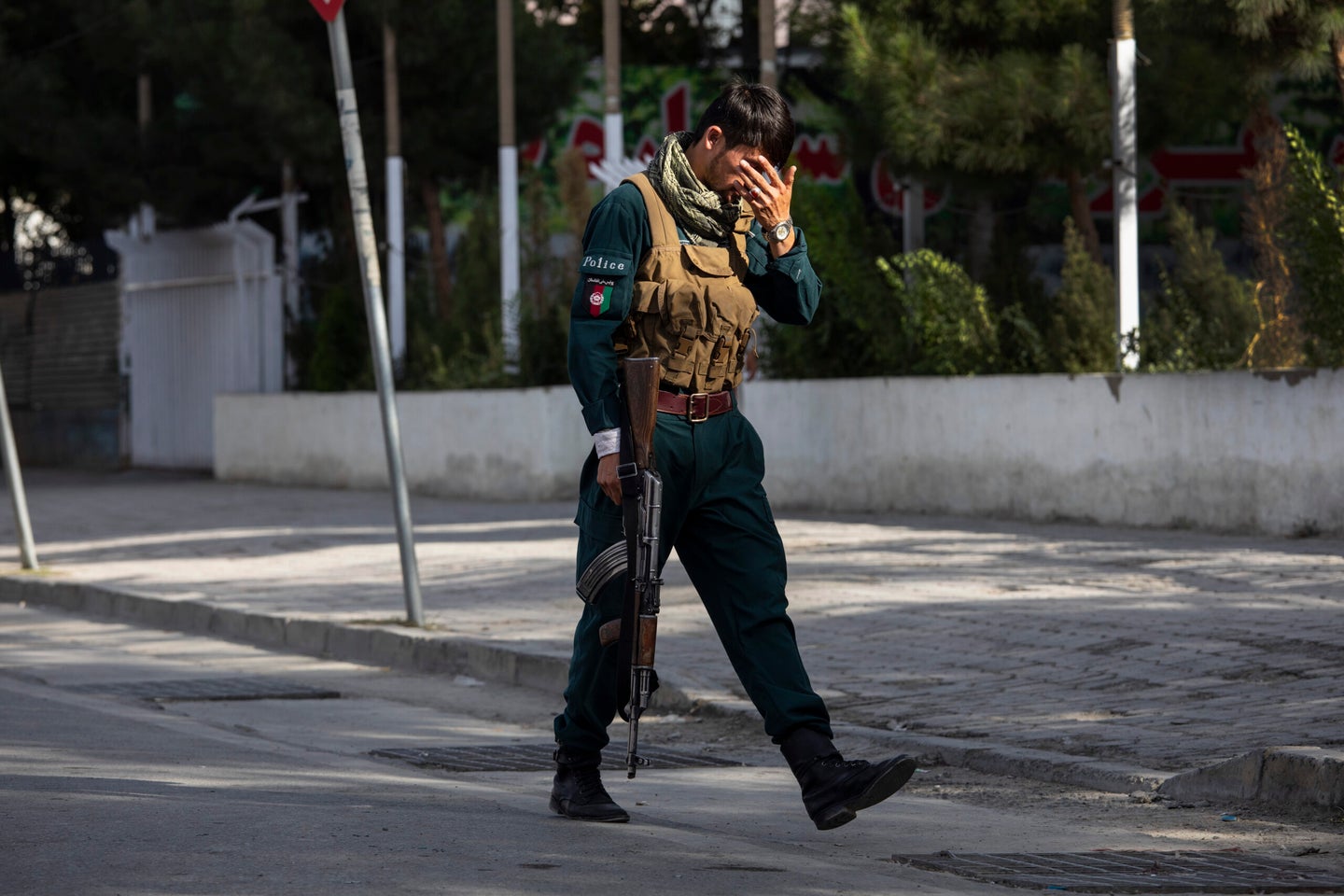 Kabul police secure areas in the central part of the city on August 13, 2021 in Kabul, Afghanistan. Tensions are high as the Taliban advance on the capital city after taking Herat and the country's second-largest city Kandahar. (Photo by Paula Bronstein/Getty Images).
SHARE

The U.S. Embassy in Kabul posted a job opening days before staffers were ordered to destroy classified documents and other sensitive materials in preparation for an evacuation from Afghanistan after several major cities fell under Taliban control.

In a job posting on the State Department website, the embassy said it was looking for a full-time “public engagement assistant” to offer advice on “media trends, media climate, and dealing with the media on a wide range of bilateral and multilateral issues.” It opened for applications on August 7, the same day the embassy urged Americans to leave the country “immediately.”

“The incumbent functions in an extremely sensitive political environment in which an ongoing insurgency adds to the urgency of accurate media reporting to make key security decisions, which requires skill and tact when dealing with contacts, military officials, Afghan government, media and civil society representatives,” reads the job posting, which closes for applications on August 19.

“Of special focus are local current affairs, issues concerning bilateral relations between Afghanistan and the United States, and matters concerning Afghanistan’s relationship with its neighbors and the international community.”

The job posting raised eyebrows by many on Twitter after it was shared by the job site Daybook:

In the days since the job posting appeared, the survival of the western-backed government of Afghanistan has perhaps shortened to weeks or months. This week, the Taliban took control of the country’s second and third-largest cities, Kandahar and Herat, leaving the capital in Kabul increasingly isolated. Videos circulating online appear to show whole Afghan units surrendering to the Taliban along with their expensive stockpiles of American equipment.

The Washington Post and Reuters reported this week that the Taliban could besiege Kabul in the next 30 days and take control in three months. Indeed, the Long War Journal concluded on Friday, “the siege of Kabul may begin any day now.”

“In only 8 days, the Taliban took control of 16 of Afghanistan’s 34 provinces and conquered 18 of its provincial capitals,” wrote Long War Journal’s Bill Roggio and Andrew Tobin. “This rout of [Afghan security] forces has opened the door for a Taliban siege of Kabul, as the insurgents now firmly control the majority of Afghanistan’s cities and districts, including the strategically and culturally significant Kandahar. With control of Ghazni and Logar provinces, and an uptick in fighting in the east, the road to Kabul is now open.”

The State Department has taken note: In a management notice sent to all American personnel in Kabul on Friday, staffers were urged to “reduce the amount of sensitive material on the property” and notified of the available methods of destruction for classified documents and sensitive communications equipment, according to Bloomberg.

“Please also include items with embassy or agency logos, American flags, or items which could be missed in propaganda efforts,” it read.

According to a Politico report, the Pentagon has started planning for a “full American withdrawal of the mission in Kabul.” The report came just one day after thousands of American soldiers and Marines were ordered to deploy to the Hamid Karzai International Airport.