Thousands of US troops have come home from Iraq

The latest Iraq drawdown is complete. 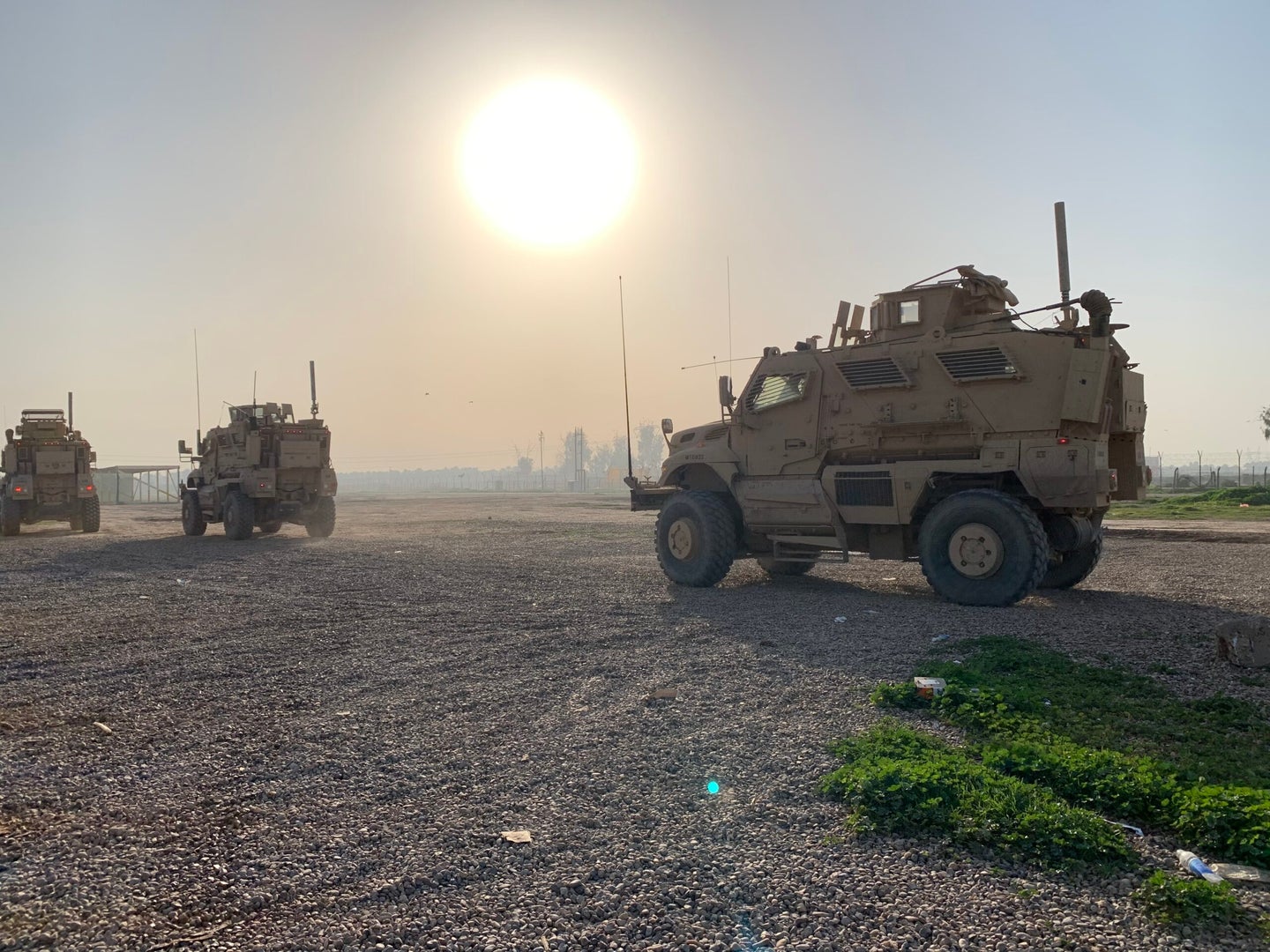 The U.S. military has completed its drawdown from about 5,200 to fewer than 3,000 troops in Iraq, said Army Col. Wayne Marotto, a spokesman for the U.S.-led coalition fighting ISIS in Iraq and Syria.

Marine Gen. Kenneth McKenzie Jr., head of U.S. Central Command, first announced on Sept. 9 that the reduction of U.S. forces in Iraq was expected to be completed by the end of the month.

“This reduced footprint allows us to continue advising and assisting our Iraqi partners in rooting out the final remnants of ISIS in Iraq and ensuring its enduring defeat,” McKenzie said during a speech in Iraq. “This decision is due to our confidence in the Iraqi Security Forces’ increased ability to operate independently.”

Even though Marotto told Task & Purpose that the U.S. military had fewer than 3,000 troops in Iraq as of Sept. 30, a Pentagon spokeswoman issued a statement on Tuesday that appeared to indicate the drawdown is ongoing.

“The United States continues to reduce our troop presence in Iraq from about 5,200 to 3,000,” said Navy Cmdr. Jessica L. McNulty. “We remain committed to ensuring the enduring defeat of ISIS and supporting Iraq’s long-term security, stability, and prosperity. We will continue to consult closely with the Government of Iraq, as well as our coalition and NATO partners, concerning future force dispositions.”

The U.S. military has consolidated its footprint in Iraq since January, when a U.S. airstrike near Baghdad International Airport killed Maj. Gen. Qasem Soleimani, former head of the Islamic Revolutionary Guard Corps, and Abu Mahdi al-Muhandis, the former commander of the Iranian-backed militia Kata’ib Hezbollah. That promoted Iran and Kata’ib Hezbollah to launch missiles and rockets at U.S. troops in Iraq.

Since then, the U.S. military left eight bases in Iraq from which it had been operating, including Camp Taji, where two U.S. troops were killed and three other service members were wounded in separate rocket attacks this year. U.S. troops now operate from three bases in Iraq.

Secretary of State Mike Pompeo has reportedly also threatened to close its embassy in Baghdad and withdraw all U.S. diplomats from the compound. Pro-Iranian militia members breached the embassy’s front gates in December.

The U.S. military has also known for a long time that it would eventually reduce its footprint in Iraq when the Iraqi security forces became capable enough to operate with little U.S. assistance, Votel told Task & Purpose.

But the remaining force of roughly 3,000 U.S. troops in Iraq will not be enough to help the Iraqi government fight the ongoing Islamic State group insurgency, said Jennifer Cafarella, the national security fellow at the Institute for Understanding War research institution in Washington, D.C.

By failing to work closely with the Iraqi government, President Donald Trump’s administration has allowed the political situation in Iraq to severely deteriorate, and that has helped ISIS, Cafarella told Task & Purpose on Tuesday.

Since July, Iraqi protesters in Shiite parts of the country have been holding demonstrations demanding government reform. That has caused the Iraqi government to divert resources to quell the protests, allowing ISIS to gain strength in Sunni regions of the country again, Cafarella said.

“It does seem that the Trump administration has a theory for how to disengage from Iraq without allowing ISIS to reconstitute, as happened in 2011,” Cafarella said. “However; my concern is that it is not 2011. The scope and scale of the enduring U.S. commitment necessary in Iraq this time is much larger than what would have, perhaps, prevented ISIS’ rise starting in 2012.”

Trump has repeatedly vowed to bring home all U.S. troops in warzones including Afghanistan, where the U.S. government signed an agreement to withdraw all of its troops by next spring if the Taliban meet certain conditions, such as agreeing to fight terrorist groups.

Even though the Taliban has continued to attack Afghan troops and police, the number of U.S. troops in Afghanistan is expected to fall from about 8,600 to roughly 4,500 by November, Gen. McKenzie told reporters last month.

The troop reductions in both Iraq and Afghanistan are taking place shortly before the Nov. 3 presidential elections.

On Monday, Trump renewed his pledge to end the wars launched since Sept. 11, 2001 when he tweeted: “PEACE THROUGH STRENGTH (BRING OUR SOLDIERS HOME). VOTE!”

Related: ISIS fighters are being forced to do arts and crafts