What’s Next In War: US military weapons, gear and tech in 2022

Autonomous drones, laser weapons, and goggles that can see through vehicles, oh my. 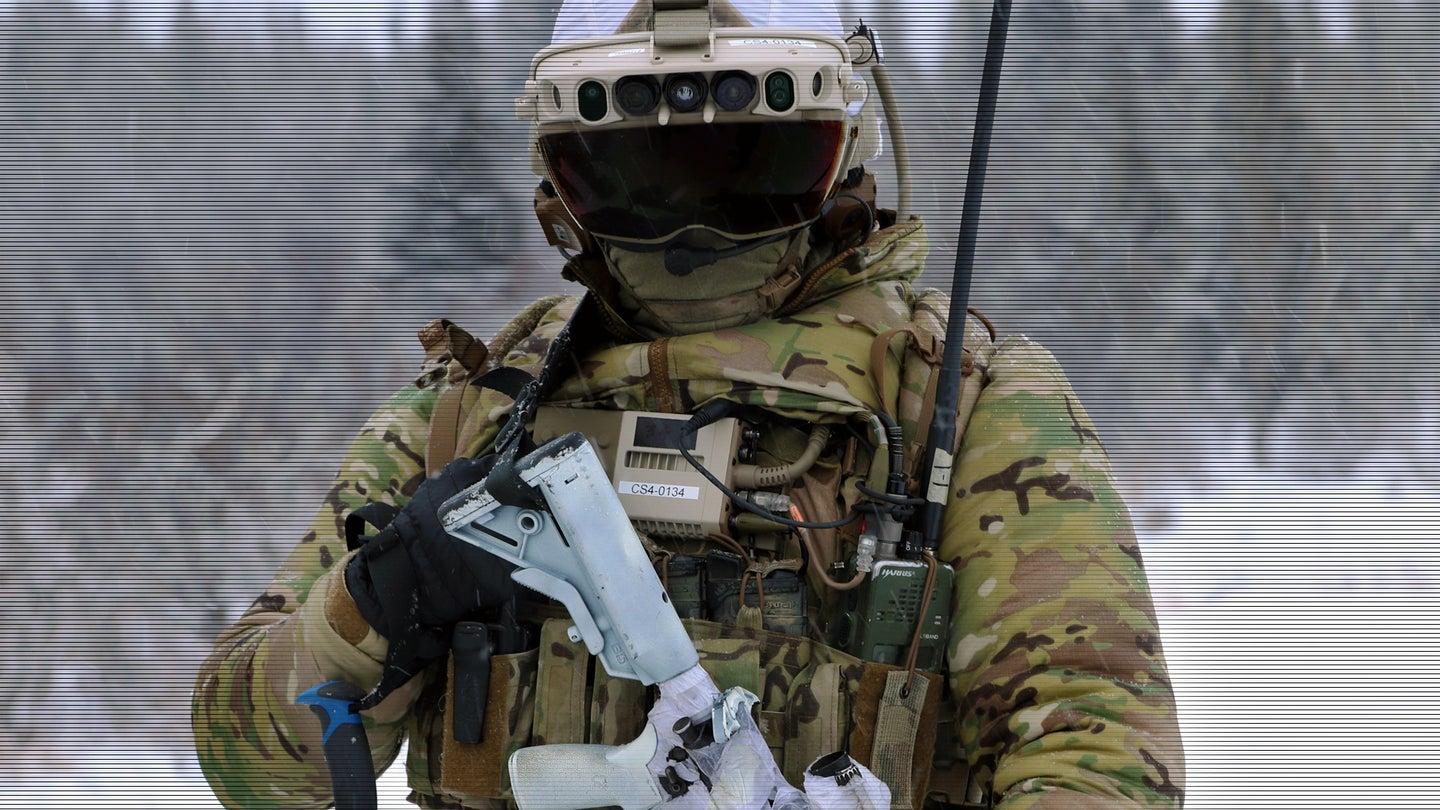 Predictions about what’s going to be next in war are quite often wrong. Despite official reports often including authoritative statements that the United States and its allies face a “diverse array of threats” playing out amid global disruption, military leaders have a long track record of being “100% right 0% of the time” about where they may end up in combat next.

“I think, as we look toward the future, I have been a horrible prophet,” said future defense secretary Jim Mattis, then a four-star general commanding U.S. Central Command in testimony to the Senate in 2011. “I have never fought anywhere I expected to in all my years.”

Indeed, as a one-star general, Mattis led the 1st Marine Division into Iraq in 2003 with unarmored Humvees and armored vehicles designed to fight the Soviets. Troops continued to lack the protection of armor for years until the Pentagon finally fielded mine-resistant vehicles in 2007. Such a mismatch between what military and political leaders thought would happen and reality would lead to a costly, disastrous fight in Mesopotamia and elsewhere against a stubborn insurgency that left a generation of service members emotionally and physically scarred by improvised explosive devices (IEDs) and other low-tech responses to U.S. military might. Troops on the front line, who depend on their leaders to outfit and prepare them for combat, pay for this mismatch in blood.

And yet, the Pentagon keeps trying to divine not only what threats are looming on the horizon, but also which ones are the most important. Military planners in part have to act as if they have magic wands: budgets, operations, personnel, training, and everything else that will go into the next war depend on it. Some think that artificial intelligence will finally give the military an edge in predicting the future. But in 2022, it’s clear the brass is publicly worrying and privately preparing for a large-scale conflict with China or Russia, perhaps decades in the future.

If Pentagon preparations are any indication, the battlefield of the future will be littered with autonomous drones flying protection missions for infantry squads below that will walk alongside robots that carry their heavy weapons. Vehicle gunners will be learning how to maintain their laser weapons instead of a machine gun. And platoon leaders on austere islands in the Pacific will be able to receive orders from the brass through a network of 5G wireless and satellites.

At Task & Purpose this week, we’re exploring some of these technologies, gear, and weapons of tomorrow. On Tuesday, we’ll examine the Next Generation Squad Weapon program, which aims to replace the M249 Squad Automatic Weapon and M4 rifle, a staple of the U.S. military since the Vietnam War, with a more lethal weapon that has greater range and stopping power. Maneuver-Short Range Air Defense, which will apparently turn a Stryker combat vehicle into a helicopter and drone-killing device with a 50-kilowatt laser, is next on the agenda for Wednesday. On Thursday, we’ll talk about an Air Force program that’s hoping to create jet fuel out of thin air, which, if successful, would offer a disruptive capability in logistically-challenging Pacific environments. And finally, on Friday, we’ll take a look at the Army’s futuristic “mixed reality” goggles that will let soldiers see through their vehicles and spot threats in real-time.

“This is something that none of us [imagined] we would see in our careers,” Sgt. John Martin, a Bradley master gunner with the 3rd Infantry Division, said during testing of the device known as IVAS. “It’s futuristic technology that we’ve all talked about and seen in movies and video games, but it’s something that we never [imagined] we would have the chance to fight with.”

This year, more American service members will experience these potential game-changers. And we are excited to tell you about them and how they will shape up in 2022 and beyond. Welcome to What’s Next In War.