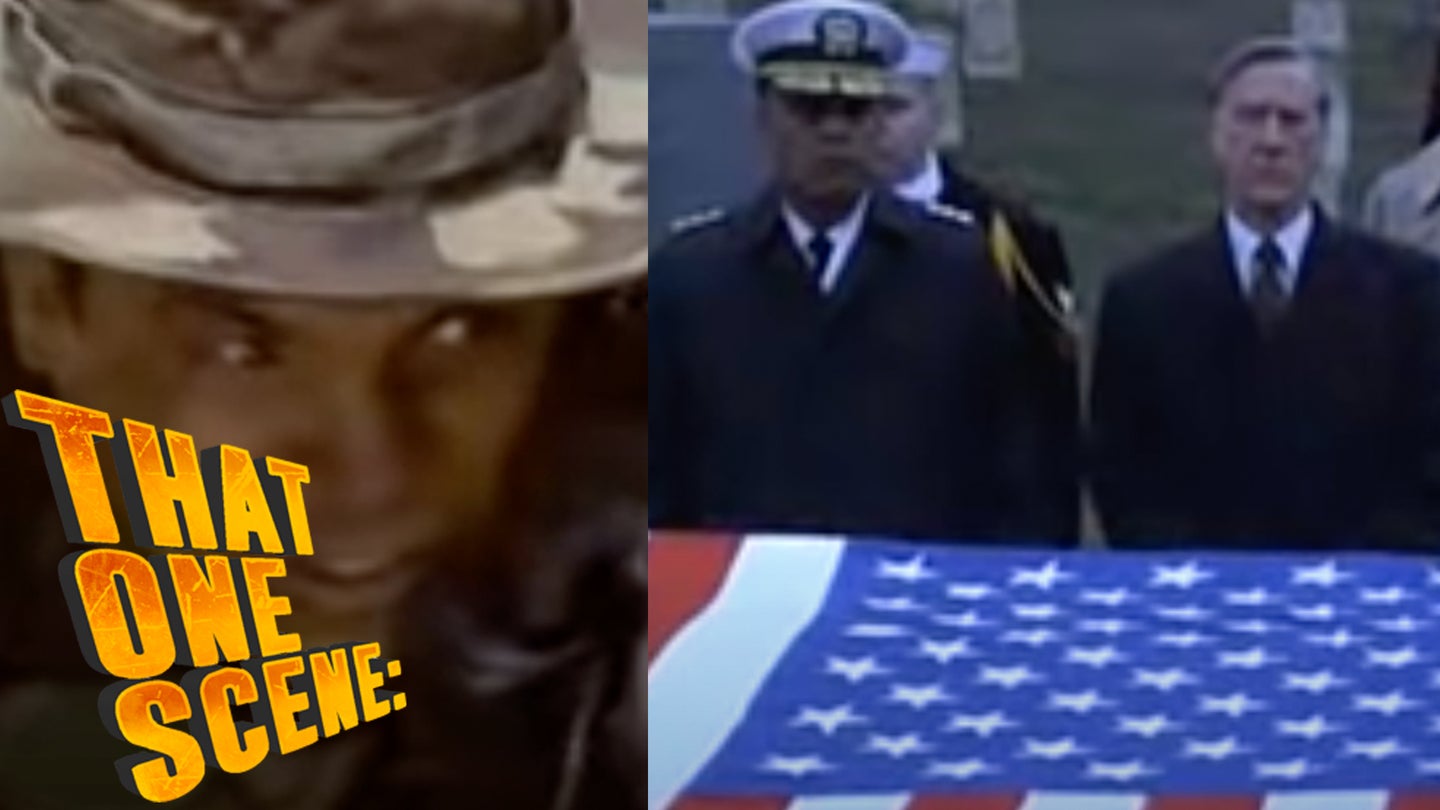 Jack Ryan, the fictional junior Marine officer turned CIA intelligence analyst, has evolved quite a bit since first being introduced to the world in Tom Clancy’s 1984 book The Hunt for Red October. Like James Bond, his contextual environment has transitioned over the years from the Cold War, through the War on Drugs, and then into the Global War on Terrorism. I assume in Netflix’s current Jack Ryan series, our hero will probably have to start chasing down East European ransomware hackers, now that the Global War on Terror seems to be winding down.

The original trilogy of Jack Ryan movies (The Hunt for Red October, Patriot Games, and Clear and Present Danger) holds up impressively well, set as they are amidst themes of US-Russian power competition, terrorism, and international drug crime that we’re still, sadly, quite familiar with today. And despite being released 27 years ago, there’s one particular scene in the last of these three films that is masterfully well done: the funeral of Adm. James Greer. It depicts a frustrating sense of reality that still remains relevant in showing the gulf between the motivations of politicians and the soldiers they send to fight and die in sometimes unclear or morally questionable conflicts. And perhaps in the aftermath of the chaotic and heart-wrenching U.S. withdrawal from Afghanistan, this scene gives those of us who were a part of that war a sense that this perceived gulf is as wide as it’s ever been.

Five actors have played Ryan over the years, but the man who undoubtedly made the character into a cinematic franchise was Harrison Ford. Ford imbued Ryan with an aura of sincere American patriotism that never comes across as forced, campy, or jingoistic. “He’s a boy scout,” grumbles Robert Ritter (played by Henry Czerny), the deputy director of the CIA and one of the most Machiavellian of all characters in the movie. Mockingly, he adds that Ryan “believes in loyalty, cleanliness, and knot tying.” Ford’s performance as a conflicted intelligence analyst pulled into increasingly deadly situations that threaten not only his life but also his sense of idealism makes Jack Ryan into a hero guided by a relatable belief in “right and wrong.” Especially, in my opinion, for anyone who has served this country in uniform or as part of the national security structure.

The setup for the funeral scene is complex but necessary to appreciate the emotion packed into its four minutes. Jack has been promoted within the CIA to Deputy Director of Intelligence because his boss and close friend, Adm. Greer (played by James Earl Jones), was diagnosed with late-stage pancreatic cancer. In this role, Ryan sees the cutthroat world of politics first hand and uncovers an illegal U.S. military operation being waged in Columbia against drug cartels. Worse, the operation is being funded by money that Ryan requested from Congress after an assurance it would not be used for military aid. Just after Jack discovers the administration’s “crimes against the Constitution,” as he puts it, and confronts Ritter, Greer passes away. It’s in this context that the funeral plays out. You can watch the full scene below:

The funeral shows the divide between the military and politicians literally as well as figuratively, with Jack on one side of Greer’s casket, surrounded by uniformed men and women, and Ritter and James Cutter (the president’s national security advisor, who set the scheme in motion), on the opposite side. In between them stands President Bennett (played by Donald Moffat), the man Ryan suspects authorized the action, giving the eulogy. The look on Ryan’s face as he listens to the president’s flowery words of service and sacrifice betrays scarcely contained fury. You do not want to be on the receiving end of that glare.

The scene then goes for a gut punch. Unknown to Ryan, the military operation has already been compromised by a cartel intelligence operative, who made a treacherous bargain with Cutter: in exchange for assassinating his cartel boss and scaling back drug shipments, the national security advisor agreed to abandon not only the operation but the Special Forces team as well. As the president completes Greer’s eulogy and the military band strikes up a somber rendition of America the Beautiful, the scene transitions to the soldiers caught in a brutal ambush by cartel militants.

The back and forth is haunting. Contrasted in real-time is the lip service the president gives about valor, sacrifice, and service while at the same time the brutal consequences of actions he ultimately set in motion are culminating in the deaths of American troops who are no longer needed. Perhaps more relevant is that President Bennett was kept purposefully ignorant of the military operation, an apparent parallel to the Iran-Contra scandal during the Reagan Administration, where the details of illegal weapons deliveries to Iran and funding for Contra rebels in Nicaragua were presumably kept from the president to politically shield him. Bennett had no real idea about the men whose lives were being squandered now. All he knew was that he had met a political objective, and the brutal consequences of his decisions were for someone else to deal with.

I found myself reminded of this scene as I tried to understand my own feelings watching the tumultuous close of the war in Afghanistan. Whether you are a full-throated supporter of the Global War on Terrorism, or a skeptic, no one can argue the toll these wars have had on America’s soldiers. With continued high levels of suicide, risk of sexual assault, substance abuse, and lingering health concerns caused by toxic exposures, the scars of war only seem to generate attention from the government when they’re shamed into doing it, or political points are to be scored against opponents.

Poll after poll shows that the military remains one of the most trusted American institutions. Gallup’s most recent poll indicated that in 2021, 69% of Americans had a “great deal” or “quite a lot” of faith in the military. Compare that to 38% for the office of the president, and only 12% for Congress. In today’s polarized political climate, some of these results seem to be driven by forces separate from the traditional friction of civil-military relations. Yet whatever the cause, this divide not only lingers, but seems to have gotten worse in recent years. The military is a microcosm of the population of the whole, and we see the same apparent games and machinations as the rest of the country. What we need more of, perhaps, are a few more boy (and girl) scouts.

movies
That One Scene