At least one person was killed after a U.S. Navy Blue Angels F/A-18 Hornet crashed in a residential area near... 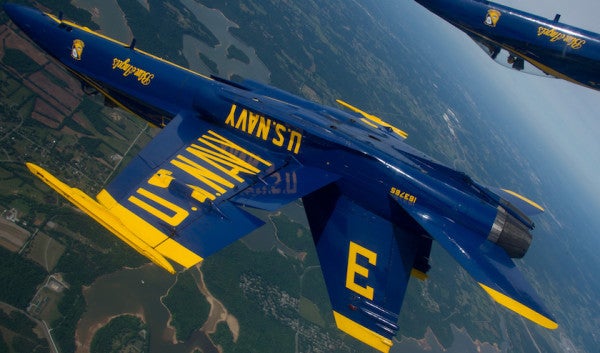 At least one person was killed after a U.S. Navy Blue Angels F/A-18 Hornet crashed in a residential area near Nashville, Tennessee, although it’s yet to be confirmed whether that person was the pilot. According to local officials, the incident occurred around 3 p.m. EST on June 2. The victim’s identity has not been released.

The crash happened as the Blue Angels were rehearsing for the Great Tennessee Air Show in Smyrna, Tennessee, which is scheduled for this weekend. Eyewitnesses on the scene reported seeing an explosion after the crash.

The Blue Angels is the U.S. Navy’s flight demonstration squadron, which celebrated its 70th anniversary this year. If the pilot is confirmed as the casualty, this would be the 27th fatality in the program’s history. The last fatal crash occurred in South Carolina in 2007, when Lt. Cmdr. Kevin J. Davis of Pittsfield, Massachusetts, crashed into homes outside of Marine Corps Air Station Beaufort, South Carolina, during an air show at the base. Eight people on the ground were injured in that incident.

Earlier today, in an unrelated incident, an F-16 Fighting Falcon with the Air Force’s flight demonstration squadron, the Thunderbird’s, crashed outside of Colorado Springs, Colorado, following an appearance at the U.S. Air Force Academy graduation there, shortly after President Barack Obama spoke at the ceremony. According to local media reports, that pilot safely ejected from the aircraft and was uninjured. Believed to be Air Force Maj. Alex Turner, the pilot reportedly met with the president before Obama boarded Air Force One and returned to Washington, D.C.