Meet the new tank, not the same as the old tank. 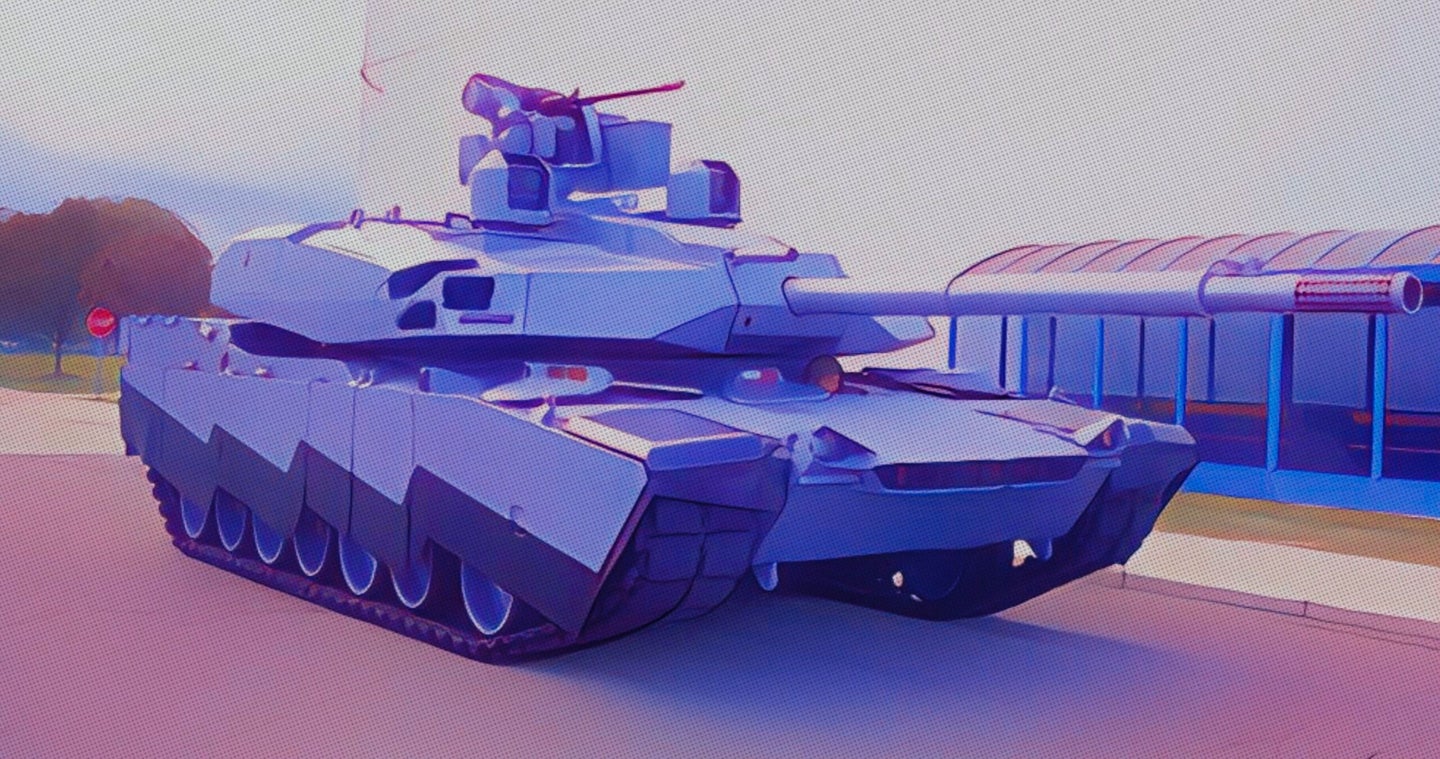 Aside from the matte gray paint job, the AbramsX looks a lot like, well, an Abrams tank. It’s big, and with a 120-millimeter main gun, it’s bad.

Developed by General Dynamics, the AbramsX is still just a prototype. Underneath the hull, though, it’s a whole new tank.

For the potential AbramsX tankers, it’s a whole new setup. In the current Abrams, the crew consists of a commander, gunner, loader, and driver. For the AbramsX, the crew is reduced to three people, seated shoulder to shoulder in the front of the tank, with the turret unmanned and using an autoloader for the main gun.

“For all U.S. tanks, the armor around the crew protected the gun,” said Tim Reese, General Dynamics’ director of U.S. business development at the 2022 Association of the Army conference in Washington, D.C. this week, where the AbramsX was making its public debut. “When the crew isn’t with the gun anymore, how much armor do you want to put around the gun?”

That’s not to say that the turret is lacking protection — this is still a heavily armored war machine after all — but it does help reduce the weight. The latest versions of the Abrams weigh more than 70 tons, which could cause problems with transporting them to the battlefield and recovering them if they’re damaged. With the AbramsX still in development, the eventual weight of the tank would be dependent on how the Army loads the tank, but the goal is around 60 tons, Reese said.

With the crew out of the turret, the main gun functions through an autoloading system. It’s a function of many modern tank designs, and some older ones, such as the Russian T-72 and T-80. The Russian invasion of Ukraine has shown a major flaw in the feature on those Soviet-era tanks, specifically that when it’s hit, the ammunition cooks off and blows off the turret. Even with the autoloader, though, the AbramsX maintains the ammunition storage setup and blowout panels on the back of the turret. So that shouldn’t happen.

The tank also features an artificial intelligence system that could identify targets on the battlefield. Two independent scanners, linked to the commander and gunner, each searching for targets.

“It can scan and look for anomalies,” said Reese. “With a good enough image, it can get down to the model of tank, and prioritize targets based on what is most dangerous.”

The engine has also been upgraded, shifted from turbines to a diesel-electric system. It allows the tank to operate its internal systems without running an extremely loud turbine engine. Reese also envisioned a scenario where the tank could conduct some limited movements, say 500 meters or so, on battery power.

So, from a new engine to a reduced crew size, the future of armored warfare. It may look kind of like the old Abrams, but under all that armor it’s an entirely new tank. Now, whether it can survive a crew of junior soldiers is another matter.