The Air Force celebrates 75 years with a birthday showcase

The service marked the occasion with flyovers, a party and even cake. 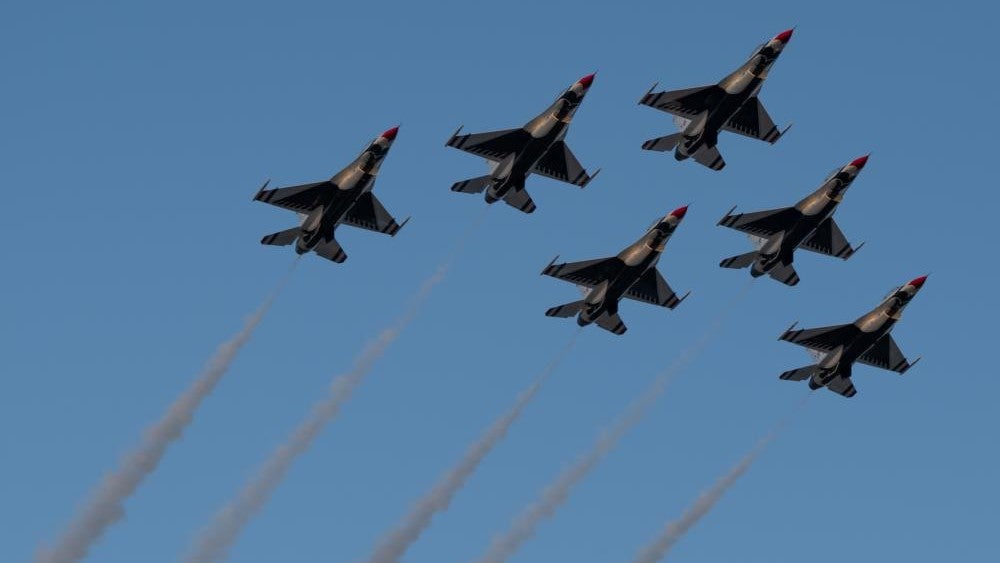 The U.S. Air Force turned 75 today, and it’s time to wish it a happy birthday.

Many parts of the American military go back to the earliest days and conflicts of the United States. The Air Force however is a 20th Century creation, many times over. With the advent of flight, the military got into the aerial world quickly, and what’s now the U.S. Air Force has evolved as aircraft did.

The service traces its history back to 1907, when the earliest version was created as part of the Signal Corps. It was the U.S. Army Air Service during World War I and in 1920 officially formed as a branch of the Army, eventually called the Air Corps. During World War II, it was reorganized into the Army Air Forces, playing a major part in both the European and Pacific theaters. It was Army Air Force planes that carried out the nuclear bombings of Hiroshima and Nagasaki.

During the war, a need to reorganize the Armed Forces became clear. In December 1945, President Harry S. Truman gave a message to Congress outlining plans for a new command structure. It called for an organization that would create “three coordinated branches of the Department of National Defense: one for the land forces, one for the naval forces, and one for the air forces, each under an assistant secretary….” That idea became a reality in the National Security Act of 1947. It was signed into law by Truman, and the U.S. Department of the Air Force and the U.S. Air Force officially began that September.

The service got into the anniversary celebrations a few days early. On Wednesday, Secretary of the Air Force Frank Kendall and other leaders met with lawmakers on Capitol Hill for a party complete with a cake. But the bigger bash was on Thursday, when leaders, officers, airmen and performers gathered at Audi Field in Washington, D.C. for a “Tattoo,” an event featuring demonstrations and performances by some of the service’s elite units. Along with a flyover by the Air Force’s Thunderbirds, the event included musical performances and special recognitions to veterans, including James H. Harvey III, one of the original Tuskegee Airmen from World War II. Air Force Chief of Staff Gen. CQ Brown Jr. spoke to those assembled for the celebration.

“Air Force trailblazer Gen. Hap Arnold wrote, ‘We must think in terms of tomorrow.’ For 75 years that’s exactly what our Airmen have been doing. By envisioning tomorrow, they have found new ways to make the impossible … possible,” Brown said.

The celebration also featured an aerial showcase of the Air Force’s history. Pilots flew a range of planes overhead, from the modern F-22 Raptor and F-35 Lightning II to iconic ones from the past, like the P-51 Mustang and the massive B-17 Flying Fortress.

For seven decades the Air Force was the youngest branch of the Armed Forces, until the creation of the Space Force in 2019 (as part of the Department of the Air Force). Its fleet includes a range of aircraft from F-22s to CV-22 Ospreys, it organizes A-10 Warthog competitions and it presents retiring officers with truly massive swords in ceremonies.

Happy birthday to the Air Force.