‘This is a game-changer’ — Air Force to allow longer braids, ponytails, bangs for women

"To think we don’t have to have headaches every day anymore?" 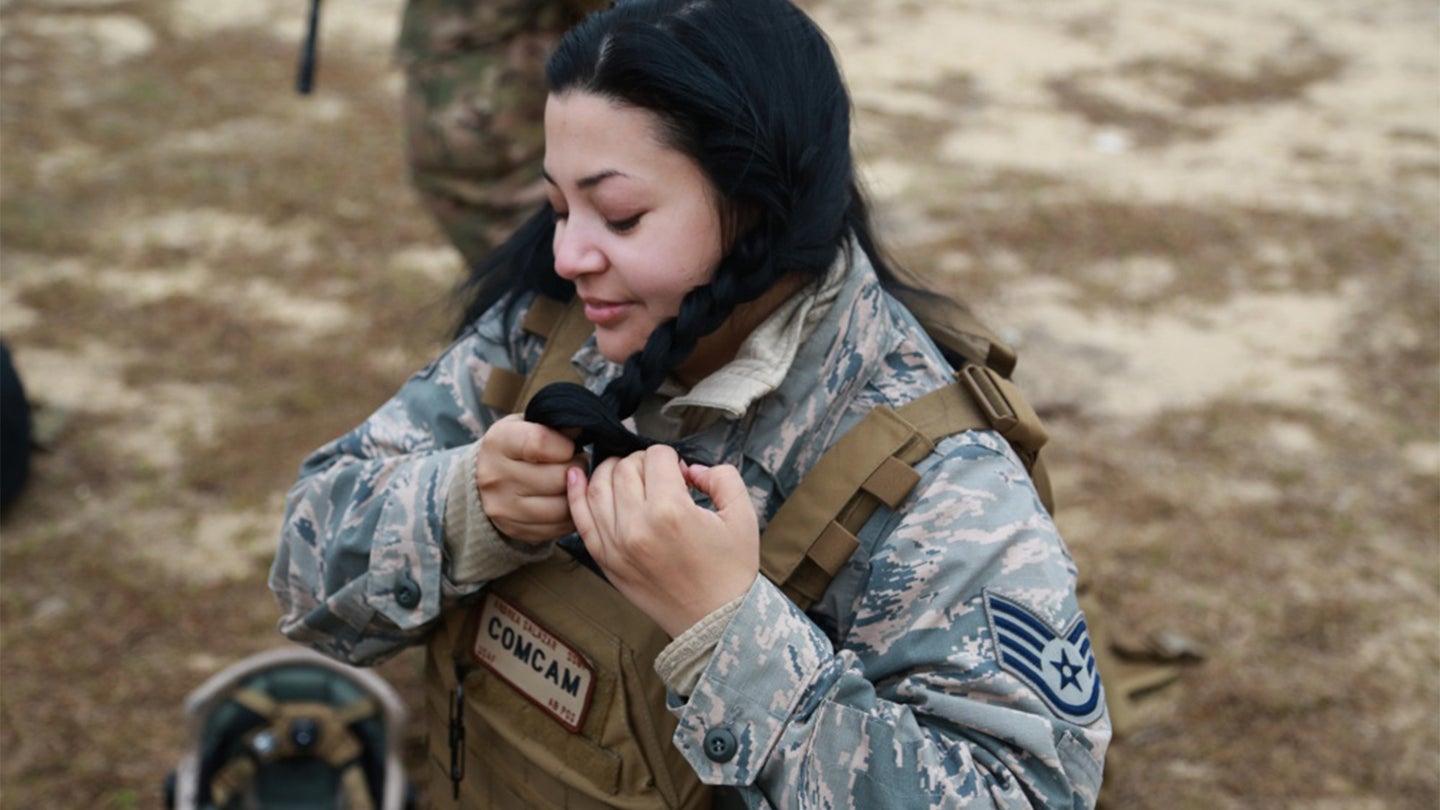 Women across the Air Force and Space Force rejoiced on Thursday to the news that the service will allow them to wear their hair longer than before, thereby loosening constraints that many airmen said had resulted in migraines, hair damage, and hair loss.

The new grooming standards allow Air Force and Space Force women to wear their hair in up to two braids or a single ponytail with bulk not exceeding the width of the head and length not extending below a horizontal line running between the top of each sleeve inseam at the underarm through the shoulder blades, according to a press release. In addition, women’s bangs may now touch their eyebrows, but not cover their eyes.

The branch’s top enlisted airman, Chief Master Sgt. of the Air Force JoAnne Bass, said the changes reflect the diversity of the force.

“Not all women have the same type of hair, and these standards need to reflect the diverse force that we are,” Bass wrote on her Facebook page. “I’m happy we were able to accelerate this change for our Airmen, and proud to say that we are only just getting started.”

The changes go into effect in February, upon publication of the new standards in Air Force Instruction 36-2903, the Air Force wrote. The Space Force will adhere to the same standards until it develops its own policy.

“I have irreversible hair loss from pulling my hair so tight,” wrote one person responding to Bass’ post. “I cut it all off years ago in an effort to prevent spreading. I wish the military would cover hair transplants to correct this…extremely insecure and self conscious about it.”

“Thinking of all my sisters in arms through the years who would have had such an easier time with these standards, and I’m getting choked up,” another person, who credited Bass and former Secretary of the Air Force Barbara Barrett for the change. “Chief, thank you. Thanks to Sec Barrett. This is… thank you.”

Despite the damage caused by the old policy, Bass’s post was still filled with jubilation over the change.

“This is a game changer. Thank you!” a third person wrote. “To think we don’t have to have headaches every day anymore??? I can grow my hair out again.”

In its press release, the Air Force said airmen must still adhere to safety procedures when operating machinery or moving parts, and airmen should reach out to their safety office for analyzing potential hazards. The Air Force decided to make the changes at the November 2020 uniform board meeting. In making their decision, the board consulted a crowdsourcing campaign that had been conducted among airmen for input on standards; a panel of 19 “diverse Airmen;” and feedback from the Air Force’s Women’s Initiative Team.

To any male airmen who may be reading this: No, don’t expect changes to the Air Force beard policy anytime soon.

Those standards include permitting beards for medical exceptions such as shaving waivers or for approved religious accommodations. However, many airmen with waivers have reported negative impacts to their career because of them.

Related: The Army is planning a major overhaul of its hair and grooming regulations