Oops: US soldiers accidentally invade a factory in Bulgaria during training exercise 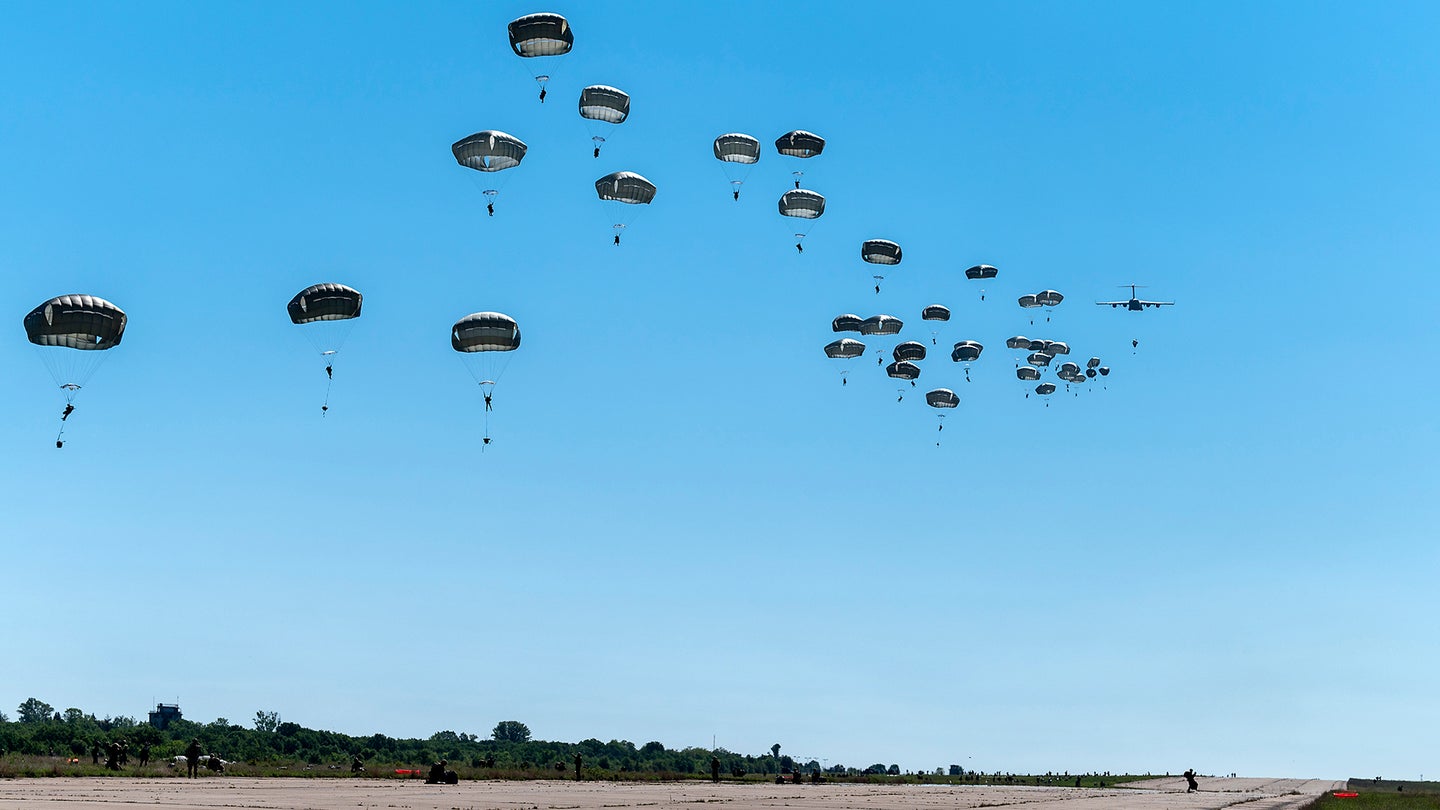 Soldiers with the 173rd Airborne Brigade parachute May 11, 2021, from an Air Force C-17 Globemaster III during Swift Response 21 at Cheshnegirovo Air Base, Bulgaria. More than 7,000 paratroopers from the U.S. and nine other nations conducted a series of joint forcible entry exercises in Estonia, Bulgaria and Romania over a two-week span. (U.S. Air Force photo by Master Sgt. David W. Carbajal).
SHARE

The U.S. military is trying to figure out how soldiers on a training exercise in Bulgaria accidentally captured a local factory and its employees.

On May 11, the soldiers with the 173rd Airborne Brigade were practicing how to seize and secure the airbase at Cheshnigirovo when the scenario went off-script, according to a statement from the U.S. Embassy in Bulgaria.

“During the course of this exercise, soldiers simulated entering and clearing multiple bunkers and structures across the airbase,” the statement says. “On May 11, soldiers entered and cleared a building next to the airfield that they believed was part of the training area, but that was occupied by Bulgarian civilians operating a private business. No weapons were fired at any time during this interaction.”

A Bulgarian reporter who has promoted Russian conspiracy theories has posted a video on Twitter that purportedly includes surveillance footage of the incident. In the video, U.S. soldiers can be seen with their weapons drawn as one of the factory’s employees sits on the floor.

“The U.S. Army takes training seriously and prioritizes the safety of our soldiers, our allies, and civilians. We sincerely apologize to the business and its employees,” the statement from the U.S. embassy in Bulgaria says. “We always learn from these exercises and are fully investigating the cause of this mistake. We will implement rigorous procedures to clearly define our training areas and prevent this type of incident in the future.”

None of the soldiers have been disciplined as a result of the mistake and the incident is under investigation, said Col. Joe Scrocca, a spokesman for U.S. Army Europe.

Bulgarian President Rumen Radev has reportedly demanded a full investigation into how U.S. soldiers ended up raiding the factory.

“It is inadmissible to have the lives of Bulgarian citizens disturbed and put at risk by military formations, whether Bulgarian or belonging to a foreign army,” Radev said, according to “Novinite,” a Bulgarian news website. “The exercises with our allies on the territory of Bulgaria should contribute to building security and trust in collective defense, not breed tension.”

A May 20 Defense Department news release about the military exercise at Cheshnegirovo Airfield does not mention the accidental assault on the factory.

“An airfield assessment supporting a joint forcible entry is a PhD-level assessment, requiring extensive coordination between contingency response forces and the 173rd Airborne Brigade,” Air Force Capt. Andrew Schnell, of the 435th Contingency Response Squadron, said in the news release. “From planning through execution, the team worked closely with their Army counterparts, ensuring a smooth transition of authority following the seizure. The team performed incredibly well in an extremely complicated environment, and I am proud of every member.”