Watch the US Air Force, Navy and their British counterparts turn a warship into a fireball

The joint exercise saw the decommissioned frigate get bombarded by an array of missiles off the coast of Scotland. 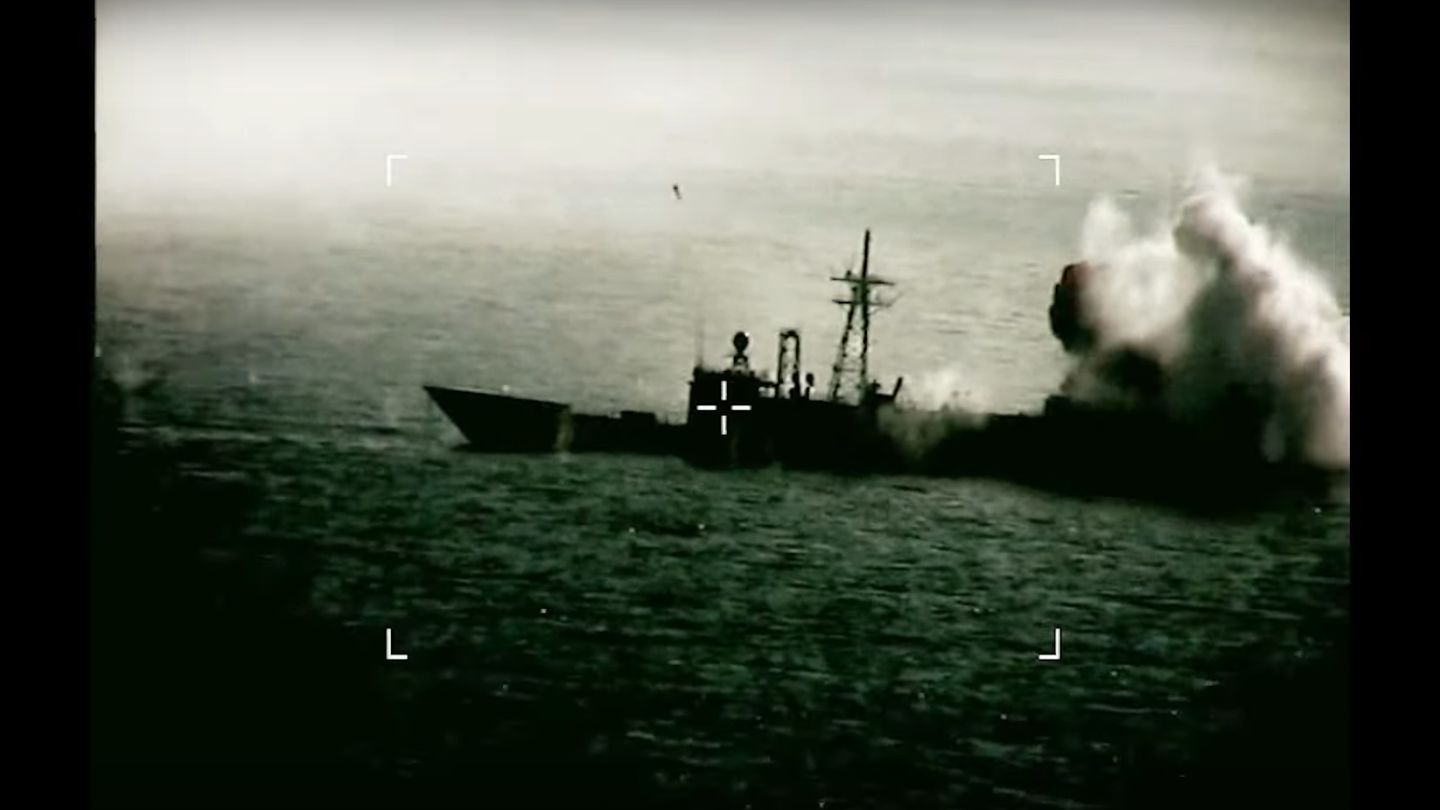 The ex-USS Boone seconds before a missile hits the ship in the Atlantic Thunder SINKEX. (Screenshot via DVIDS).
SHARE

Lately, most big multinational naval training exercises have been in the Pacific Ocean, not the Atlantic. And British and American forces haven’t really been able to show what their arsenal can do to a conventional target. That’s why they clearly relished the chance to unleash their weapons on a real ship. A new video released on Friday shows the two nations’ armed forces turning a decommissioned American frigate into a burning wreck.

Operations like this, known as SINKEXs, are common in joint training exercises, but always interesting as they give a glimpse at what naval and air power can actually do to large ships. In this case the ex-USS Boone, an Oliver Hazard Perry-class frigate that entered service in 1982 and was decommissioned in 2012, was the target.

It turns out, the combined arsenals of the U.S. Air Force, the U.S. Navy, Royal Air Force and Royal Navy can absolutely obliterate a military vessel. See for yourself:

The two nation’s militaries were participating in Atlantic Thunder, a 12-day training exercise off the coast of Scotland at the start of September. The centerpiece was the SINKEX on September 7, and it was notable for how it let the United Kingdom test its might. The exercise was the first time in nearly two decades the Royal Navy joined such an operation, and the SINKEX was notable as the first time the Royal Air Force’s Typhoon fighter jet got to attack a naval ship for one of these events. The Royal Air Force hasn’t been able to see how a Typhoon handles the mission, but it turns out pretty well.

The two forces unleashed attacks from the sea and the sky. First, U.S. Navy ships and the HMS Westminster fired three anti-ship missiles, which hit one end of the Boone at the same time, sending it up a ball of smoke and fire. Other munitions followed. After the naval barrage, the Typhoon swooped in. The Paveway IV guided missile struck the Boone in a massive explosion. When that cleared the ship was taking on water and sank beneath the waves.

“[Exercise] Atlantic Thunder has demonstrated that U.K. and U.S. naval and air forces can integrate to deliver an end-to-end kill chain against a maritime target at long range,” said Cmdr. Ed Moss-Ward, commanding officer of HMS Westminster said in the aftermath of the SINKEX.

The Atlantic Thunder was conducted in part to show how the two allied militaries can project their strength, should a major conflict in the Atlantic arise, according to Rear Adm. Oliver Lewis, U.S. Naval Forces Europe-Africa’s Director of Maritime Operations. The multi-pronged attack on the Boone, he said, was a chance for the forces to gain real-world experience, but also an opportunity for a show of force.

“What we’ve seen in Atlantic Thunder today, is that with Royal Air Force, U.S. Air Force, U.S. Navy, and Royal Navy all operating together [with] helicopters, fixed-wing aircraft, ships, and a submarine, every one of which is capable of going to war tomorrow, we’ve proven it today for the first time in decades in the Atlantic,” U.K. Royal Navy Director Develop Rear Adm. James Parkin said.