Bill Cosby: Navy life prepared me for my ‘amazing experience’ in prison

Bill Cosby is apparently having no trouble adjusting to his life in prison thanks to his brief service in the U.S. Navy 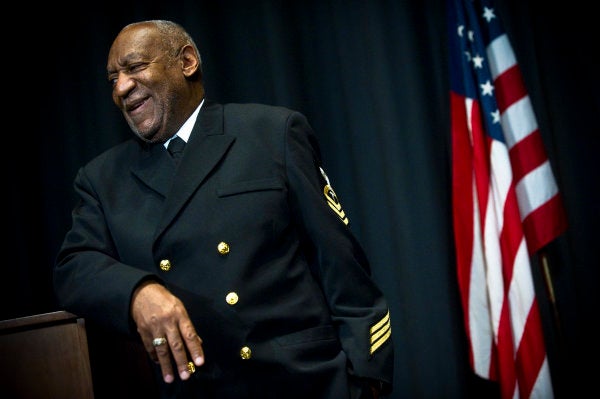 Bill Cosby is apparently having no trouble adjusting to his life in prison thanks to his service in the U.S. Navy.

The legendary comedian and convicted sexual predator is having an “amazing experience” at the SCI Phoenix maximum-security prison thanks in part to his time serving in the military in the 1950s, his spokesman Andrew Wyatt told the New York Daily News.

“He was in the Navy for four years, and this is no different than being in the Navy,” Wyatt said. “People have rooms. People are over you. They're just doing their jobs, and you have to follow rules. That's how he operates every day.”

“He gets up at 3:30. He works out,” Wyatt added. “The food is packed with a lot of sodium, so in order to prevent himself from getting sick, he puts his food in a cup, goes to the sink and rinses it off three times.”

Cosby joined the Navy in 1956, serving for four years as an enlisted hospital corpsman at Marine Corps Base Quantico in Virginia and the Bethesda Naval Hospital in Maryland, the Washington Post reported in 2014. He was honorably discharged in 1960 as a 3rd Class Petty Officer.

The Navy has undergone some significant changes in the decades since Cosby's service, but the comparison of enlisted life to incarceration hasn't disappeared. In October 2017, a Navy Times reported that several command climate surveys conducted aboard the cruiser USS Shiloh revealed that sailors saw the vessel as a “floating prison.”

The Navy declined to respond to Cosby spokesman Wyatt's comments.