Just giving your hard-earned pay back to the government. 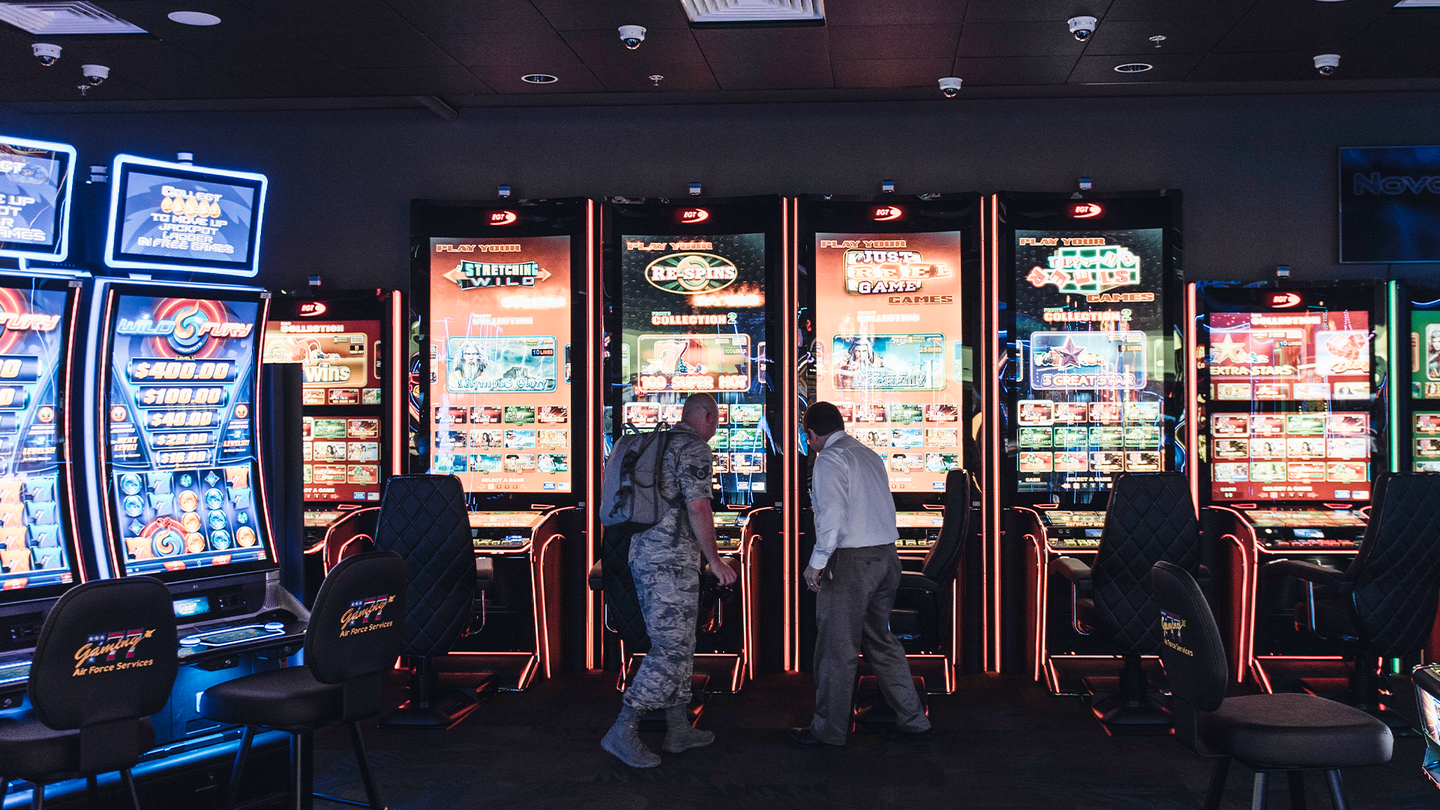 Because hundreds of billions of dollars in an official budget apparently isn’t enough, the Defense Department has been raking in roughly $100 million a year from service members using official U.S. military slot machines overseas.

According to a report from NPR, there are more than 3,000 U.S. military-run slot machines at American installations overseas. And while people cannot legally enter most casinos in the U.S. until they’re 21, service members as young as 18 can use the Pentagon’s slot machines.

The machines are managed by each military branch’s Morale, Welfare, and Recreation (MWR) groups. MWR groups tend to focus on service members’ home lives, family resilience, and general wellness. The Army MWR website, for example, provides resources for everything from child and youth services and soldiers’ financial challenges, to substance abuse and recreational activities like camping and sports.

And according to one Pentagon spokeswoman who spoke to NPR, the slot machines contribute “significantly to the non-appropriated fund and many other recreation and entertainment overseas programs.” Never mind the massive budget the Defense Department receives, which reached $773 billion total in the most recent request submitted in May.

Of that request, $1.8 million is meant for the department’s MWR programs, which the Pentagon’s budget overview says improve service members and their families’ quality of life. A total of $9.2 million was requested for various family support programs, including child care and youth programs, family services, Defense Department schools, and MWR programs.

“As the Department continues to reshape its forces for current and future missions,” the overview says, “it is committed to sustaining a balanced portfolio of family assistance programs that are fiscally sustainable and continue to promote service member and family readiness.”

Some veterans said the slot machines on-base reduced the chance for service members to get into trouble off-base in their free time. One Navy veteran said he spent “hours in front of the slot machines,” and rarely lost or won more than $50.

“I don’t see where that is really going to create an issue,” the veteran, Ed Grabowski, told NPR. “I could drop $50 in a pinball machine.”

But experts raised concerns about the impact gambling could have on service members. The National Council on Problem Gambling estimated that roughly 4% of troops “meet the criteria for moderate to severe gambling problems,” which is two times the national average, NPR reports.

“Everything we know about military personnel — that they tend to be young, male, risk-takers, likely to be suffering from higher rates of substance abuse, stress, depression, PTSD or traumatic brain injuries — is conclusively correlated with problem gambling,” NCPG’s executive director, Keith Whyte, told NPR.

Dr. Timothy Fong, co-director of the Gambling Studies program at UCLA, said that he met service members who became addicted to gambling in part because of the “easy access to slot machines” while stationed overseas.

“My concern is they’re managed by the DOD — not by a public health institution or by groups that regulate gambling,” Fong said.

Lawmakers have tried and failed to address the problem with legislation, NPR reported. They took issue specifically with the way gambling could make troops susceptible to blackmail or disrupt their ability to get security clearances. For some military jobs, receiving a high-security clearance takes into consideration service members’ financial situations and any possible debt they might have.

The Defense Department has said there are “extensive controls in place to minimize potential abuse,” NPR reported, including limited hours of operation and access to the slot machines, as well as limiting the potential winnings. But an Army veteran who spoke to NPR, Dave Yeagar, said when he was stationed in South Korea in 2001, there didn’t seem to be any oversight on how often he gambled.

And since then, he said, not much has changed.

“There were literally days that I would go in there when the slot room opened on a Saturday morning and leave when it closed,” Yeagar said. “Nobody came up to me and said, ‘You’ve been here too long.’ Nobody. Nothing.”