According to The Gazette, Fort Carson in Colorado may have as much as 600 pounds of depleted uranium buried on... 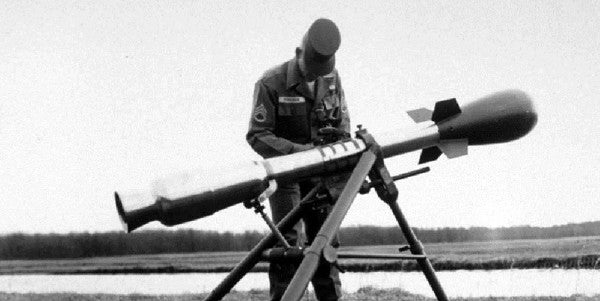 According to The Gazette, Fort Carson in Colorado may have as much as 600 pounds of depleted uranium buried on post, which was revealed when the Army filed an application with the Nuclear Regulatory Commission for a permit to keep the waste buried on base. The depleted uranium is thought to be left over from 1960s tests of a nuclear-tipped rocket called the Davy Crockett. A 1961 report on the program found that each training round used roughly seven ounces of depleted uranium and that more than 1,400 were fired at Fort Carson, none of which were found. More than 30,000 training rounds were fired nationwide.

Fort Carson joins a growing list of military installations — spread across 11 states — suspected or known to have nuclear waste on post. Since discovering uranium munitions in Hawaii in 2005, the Army has been trying to determine which other posts may have nuclear stores and estimates that as many as 12,405 acres may have been contaminated since the Davy Crockett program.