The brigadier general in charge of the California Army National Guard while reenlistment bonuses were improperly disbursed also took no... 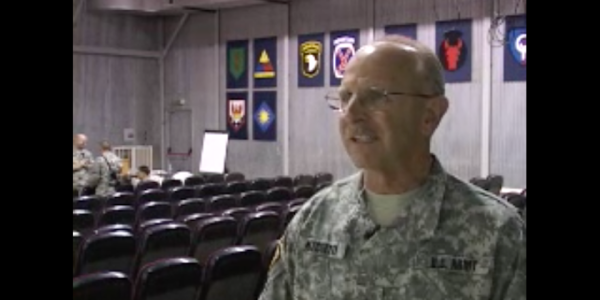 The brigadier general in charge of the California Army National Guard while reenlistment bonuses were improperly disbursed also took no action when alerted that one of the Guard’s recruiters pleaded no contest to two felony charges of unlawful sex with a minor girl in 2008.

According to a 2011 report by The Sacramento Bee, retired Brig. Gen. Louis J. Antonetti, then commander of the Army National Guard, was copied on a report written by military police investigators detailing the crimes committed by Sgt. Ruben Fuentesramos against a 17-year-old girl. In July 2008, Fuentesramos was sentenced to three years of probation and required to register as a sex offender.

This type of crime would typically trigger an administrative removal from the Guard, if not a court-martial, according to The Sacramento Bee. Instead, Fuentesramos remained in the Guard as a recruiter. In 2011, he was finally discharged in an administrative action.

It is unclear whether Antonetti and other senior leaders deliberately covered up for Fuentesramos or if he just slipped through the cracks. However, it demonstrates a pattern of mismanagement and corruption that came to a head in 2010 when a Guard auditor turned whistleblower came forward, claiming that as much as $100 million had been illegally disbursed to soldiers.

Capt. Ronald S. Clark, a federal auditor who oversaw the funds improperly spent by the California Guard in the aftermath, told the Sacramento Bee in 2010 that he thought it was impossible so much money could be authorized without senior leadership taking notice. Clark blamed many of the problems on Antonetti, who, as the new commander in 2007, released a memo detailing “operation overdrive” meant to improve enlistment numbers.

“I cannot overemphasize the importance of this effort,” Antonetti wrote in the memo. “I am counting on leaders at every level to commit themselves fully.”

Another report states that Antonetti also wrote: “It is the little things that cause a soldier to become complacent and angered with (the) unit and its leadership.”

Antonetti retired just days before the scandal around bonuses broke. He faced no disciplinary charges for the mismanagement of $100 million illegally paid out to soldiers, or for allowing a sex offender to remain in the Guard’s ranks.