Homelessness On The Decline, Especially Among Vets

A Nov. 19 report revealed an 11% decrease in the overall homeless population and that the population of homeless veterans... 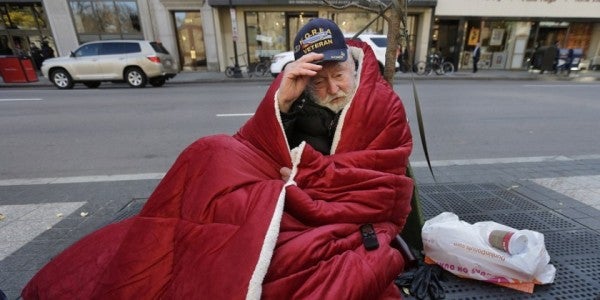 A Nov. 19 report revealed an 11% decrease in the overall homeless population and that the population of homeless veterans on a single night has dropped by 36%. The Department of Housing and Urban Development report also indicated a 26% decrease in unsheltered population since President Barack Obama launched the “Opening Doors” initiative in 2010.