Lockheed Files Protest Over Award To Oshkosh For Humvee Replacement

Lockheed Martin has filed a protest to overturn the decision to award Oshkosh the contract for the military’s new Humvee... 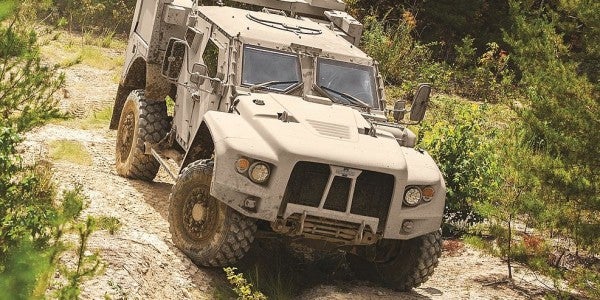 Lockheed Martin has filed a protest to overturn the decision to award Oshkosh the contract for the military’s new Humvee replacement. The contract is valued as high as $30 billion for a mine-resistant replacement for the Humvee. The Government Accountability Office has until Dec. 17 to decide whether or not the award goes to Lockheed, the number one-ranked government contracting company, or if it stays with Oshkosh, ranked 99. The Army awarded Oshkosh a $6.75 billion contract for 17,000 of the company’s Joint Light Tactical Vehicles in August.

Though it’s a heavy-hitter in the defense industry, Lockheed Martin may have a hard time convincing the government to reverse its decision. Bloomberg Business reports that only 2.4% of protests concerning Department of Defense contract awards have been sustained since fiscal year 2010.