“My heart dropped for a bit when I saw the word ‘congratulations.’” 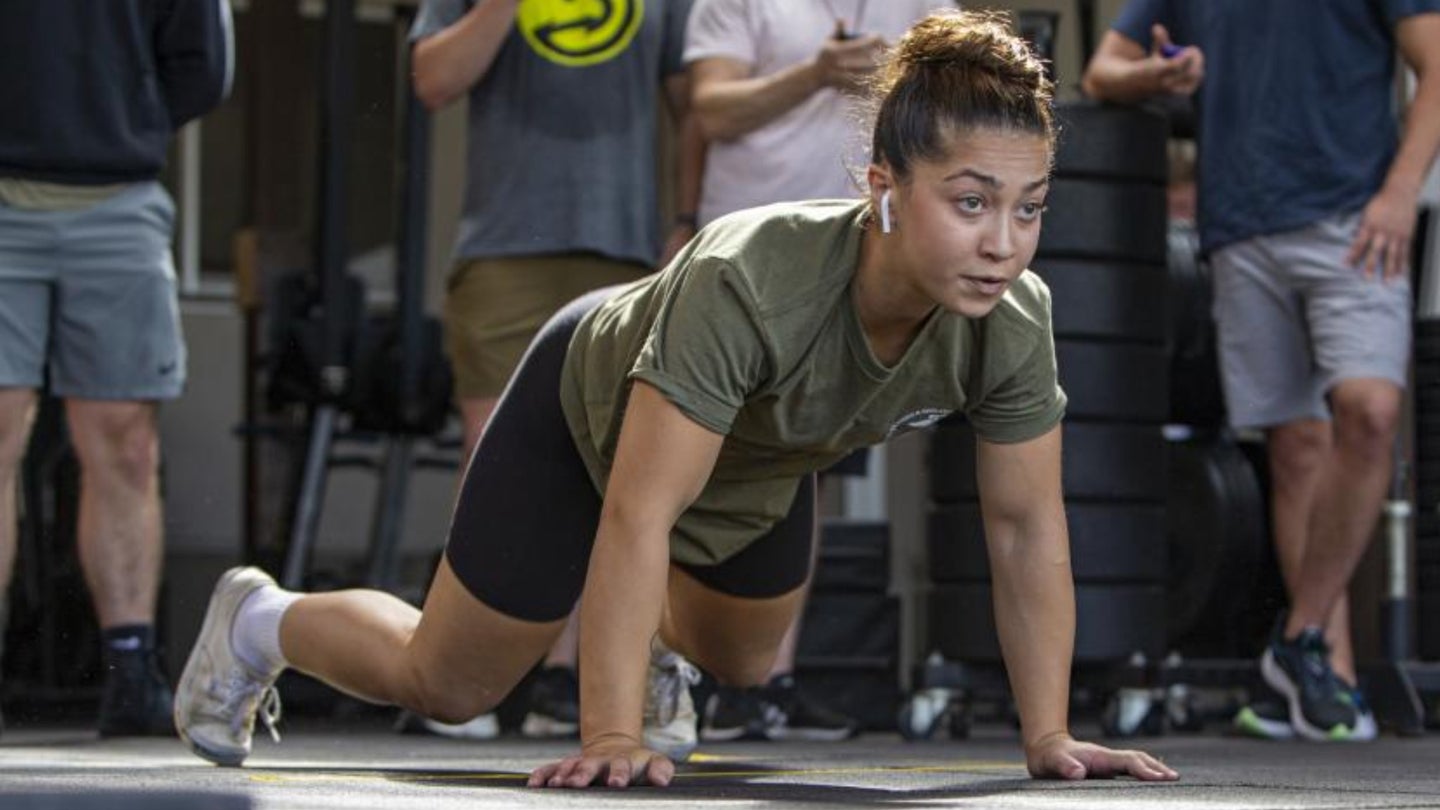 Marine Sgt. Nahla Beard hasn’t always been into physical fitness, but a serious back injury during her second year in the military, which took almost nine months to recover from, convinced her she never wanted to experience something like that again.

“When I felt like I was back at a hundred percent, I really started getting into fitness so I would avoid getting injured again,” Beard said in a recent Marine Corps press release.

That push to get fit reached a peak last year when Beard performed 27 chest-to-ground burpees in one minute, setting a Guinness World Record in the process. But it was a long road to get there. An air traffic control supervisor with Headquarters and Headquarters Squadron (H&HS) at Marine Corps Air Station Iwakuni, Japan, Beard loaded up on aerobic physical training sessions after her back injury in order to improve her cardiovascular fitness. Her secret: remembering to stretch afterwards.

“It’s not all about running and doing max pull-ups” Beard said. “In my experience, people don’t really take the time to have PTs that are dedicated to mobility and stretching.”

Not stretching can result in overuse injuries, which a recent Army study found makes up the lion’s share of more than 2,000,000 “medical encounters” for injuries annually across the U.S. military. Overuse injuries include strains, sprains and stress fractures, though back and shoulder injuries are also common. They often are the result of sports and exercise, especially running, or lifting and carrying activities for back and shoulder problems, the Army wrote. Though not all injuries can be avoided, some sprains and stress fractures can be prevented by stretching, warming up, cooling down, and weight training.

“The current [American College of Sports Medicine] recommendation is 5-10 minutes of light to moderate cardiovascular warm up before stretching,” wrote the Army Public Health Center on its website. “After exercising, some gentle stretching may help reduce soreness, but this depends on the type of stretching and exercise. Gentle cardiovascular cooldowns may also serve this purpose.”

Beard is now something of a fitness guru for her fellow Marines. She has led colleagues at her shop through a PT program to work on mobility and stretching, “significantly” improving their annual PT tests, the press release said. She also monitors and conducts physical fitness tests and combat fitness tests as a certified Command Physical Training Representative.

But as Beard became stronger, she felt like she could push her body further than ever before. In particular, she found she had a knack for burpees, the exercise drill where individuals start standing up, squat down, kick their feet back to assume a plank position, return to squat, stand back up and repeat. Participants often perform a push-up while in plank position and/or a jump while standing.

“I got into high-intensity tactical training (HITT) for a really long time and participated in the HITT competition they had on base,” Beard said. “That was really fun. It built my stamina to the point where I was able to do a lot of burpees and then that’s when I looked up the world record out of curiosity.”

That planted the seed, and soon Beard was preparing to take her own shot at the record for most burpees in a minute. But the rules for the chest-to-ground burpees required by Guinness World Records were different than the ones she was used to, so the Marine left plenty of time to make sure she knew exactly what she was doing.

“During my three months of training I did a lot of burpees while timing myself and kept trying to break my last record,” she said. “I then set it up according to the rules they had and tried to do it within the time limit.”

“It was a really cool day because a bunch of the command on base showed up with friends and family,” Beard said. “I ended up attempting five times on the same day because I wasn’t sure if I did it.”

Thorough as ever, Beard repeated her record attempt five times. The Marine performed 27 burpees in a minute, according to the Guinness Book of World Records. Still, it took a while for Beard to get her world record verified. The COVID-19 pandemic meant that a Guinness judge could not attend in person, and the organization repeatedly asked for more evidence to back up Beard’s claim.

“It was super nerve-wracking,” she said. “When they gave me their final email my heart dropped for a bit when I saw the word ‘congratulations.’”

Beard later received a physical plaque from Guinness World Records recognizing her accomplishment. The plaque represents how far the Marine has come since she was recovering from her back injury several years ago. Beard is still looking for new ways to push herself though. The Marine is currently working on a bachelor’s degree in nutrition, and she may make a career out of health and fitness. Until then, she’s pumping iron in the gym.

“Right now, I’m focusing more on powerlifting,” Beard said. “I’m trying to get my numbers up for that. A year ago I was in the 500 pound club and just last week I made it to the 700-pound club.”

If the burpees are any indication, Beard probably has a good shot of making it.

“Don’t let your accomplishments define you,” she said. “If you let one define you, then you will become that very thing forever. Always keep climbing for more.”