US sailors, Marines in Greece exhausted a town’s supply of eggs, meat, and tattoos 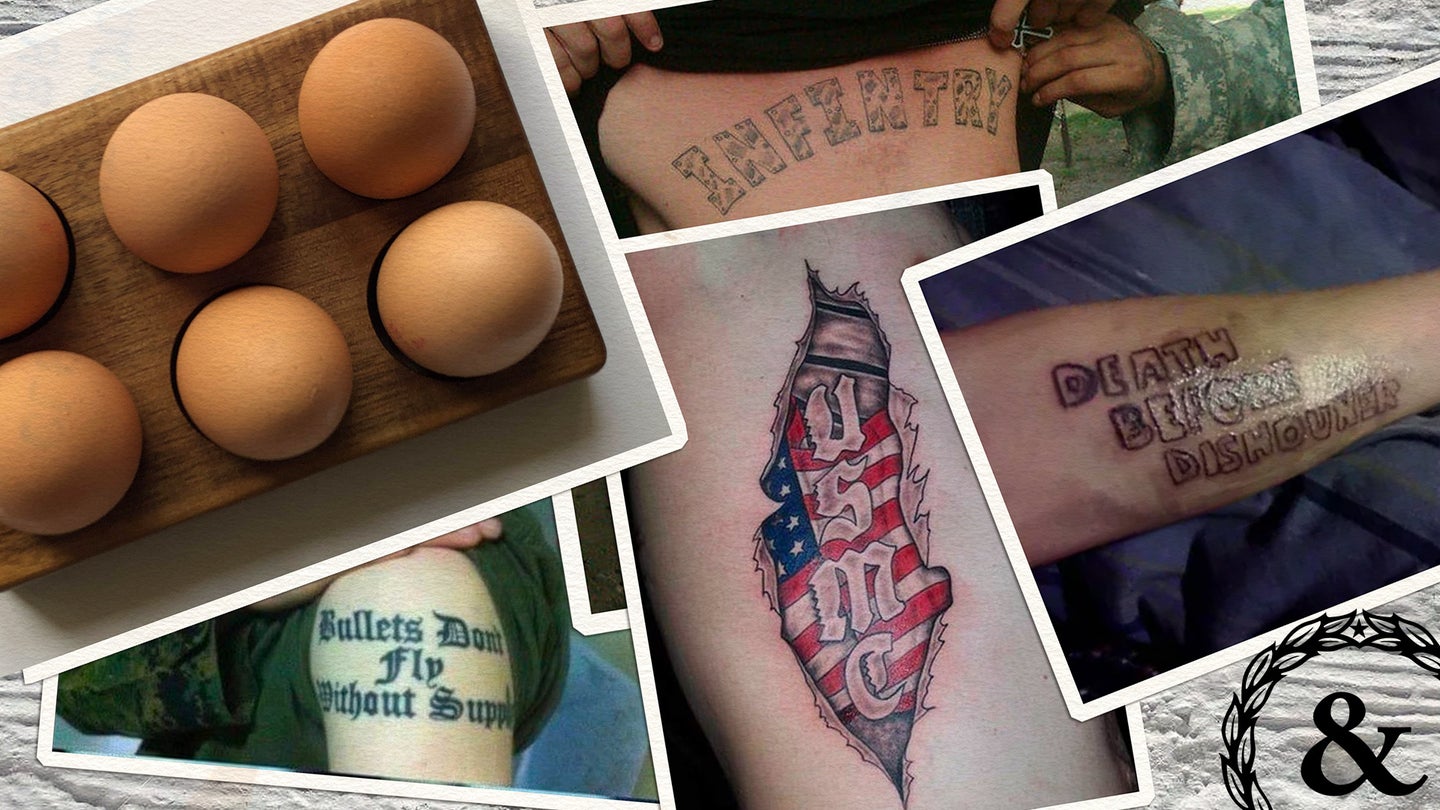 When the heroes of Greek mythology returned to Greece after the Trojan War, they didn’t enjoy the best homecoming. King Agammemnon was stabbed to death while taking a bath. Ouch. Odysseus, as described in The Odyssey, spent decades on, well, an odyssey around the world, and eventually had to return home disguised as a beggar and slaughter the suitors to his queen and his throne. Okay then.

Apparently, U.S. sailors and Marines do things a bit differently.

The USS Arlington, a San Antonio-class amphibious dock transport ship, spent the month of May embarked with Marines from the 22nd Marine Expeditionary Unit, participating in exercise Alexander the Great 2022 with the Greek military. When it was over, the ship docked at the port of Alexandroupoli. And then more than 1,500 sailors and Marines proceeded to leave their mark.

Over the course of three days, they apparently ate all the eggs, all the meat, and exhausted the arms of every tattoo artist in town.

One local restaurateur, Giogios Alavantas, told local media that the city was going through six or seven thousand eggs per day.

No offense to the cooks aboard the USS Arlington, but apparently these Marines really wanted some eggs.

“I got a panicked call from my employees on the very first day telling me that they’d run out of eggs, even though I had just delivered an additional 300,” said Alavantas.

These eggs must have been better than whatever was going into those vegetable and cheese omelet MREs.

Georgios Davis, restaurant owner and former president of the local hospitality association, told the Greek newspaper Kathimerini, “I serve 16 different types of meat at my restaurant, and they tried them all.”

Another restaurant owner, Vassilis Siklafidis summed it up nicely, telling the Greek City Times, “They have gone crazy.”

Marines being Marines, and sailors being sailors, you know this wasn’t just going to stop at eggs.

Messages were apparently already starting to flow into local tattoo parlors a week in advance, and the Americans were lined up at 9 a.m. waiting to get inked.

“We already canceled large tattoos. We told them that we would make small ones and they got one small one each,” said Nikos Katsoulis, a local tattoo artist.

A final tally estimated that Alexandroupoli may have gone through about 25,000 eggs in a few days, presumably leaving the locals a bit scrambled when it came to getting eggs of their own.

This egg bonanza isn’t without precedent. In 2018, Marines participating in a NATO exercise in Iceland exhausted the entire beer supply of the city of Reykjavík in a single weekend.

As Iceland Magazine recounted at the time, local beer suppliers “‘were called out to help the bar owners cope, but “they were fighting an overwhelming force.’”

The Marine Corps is changing, ditching its tanks and focusing on fighting in small groups. If eating every damn egg in Greece can be considered a part of Marine Corps doctrine, though, consider Force Design 2030 already a success.