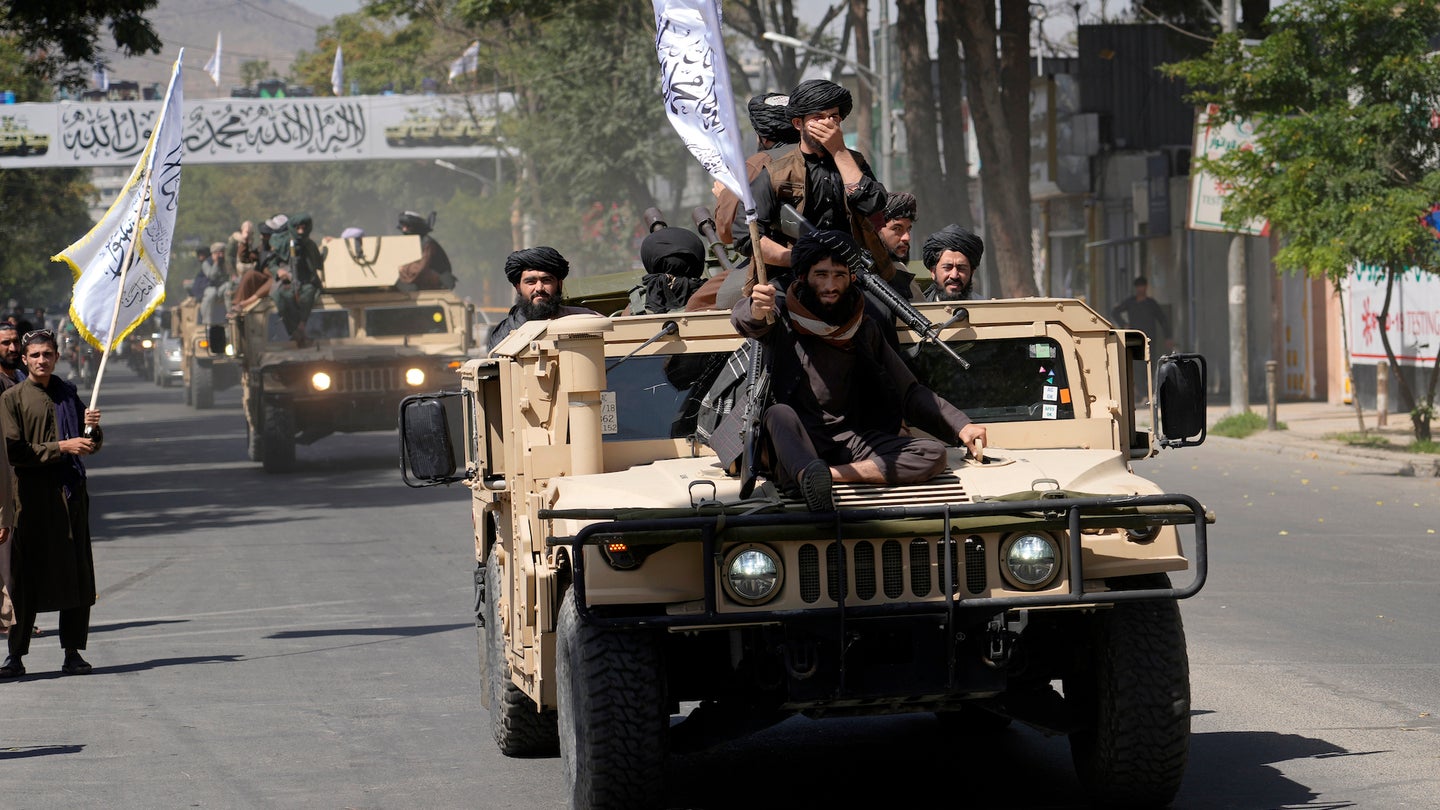 It’s been more than a year since the U.S. military’s chaotic withdrawal from Kabul, and the Defense Department actually has no clear idea how much U.S.-funded military equipment fell into the Taliban’s hands in Afghanistan, according to a new report from a top government watchdog.

While a previous Pentagon inspector general report in August estimated that roughly $7.12 billion in U.S.-funded military equipment was still in the inventory of the Afghan National Defense and Security Forces (ANDSF) when the central government in Kabul collapsed, a new assessment from the Special Inspector General for Afghanistan Reconstruction (SIGAR) revealed last week that the Pentagon “has struggled for years with accurately accounting for the equipment it provided to the ANDSF.”

The lack of accurate accounting stemmed from using the Core Inventory Management System (Core IMS) despite “limitations with the utility and accuracy of that system” reported by SIGAR since at least 2008. Indeed, a 2020 DoD IG audit revealed that Core IMS was never utilized at more than half of the Afghan-maintained weapons storage sites across the country simply because they lacked consistent access to electricity or the internet.

In addition, U.S. military officials concluded since at least 2014 that ANDSF personnel were “not entering information correctly into the system,” and maintained inventory records using  “hard copy documents, handwritten records, and some Microsoft Excel spreadsheets,” according to the SIGAR report — the same system that created the conditions for ‘ghost soldiers,” or nonexistent personnel created solely to funnel money and equipment to (often-illicit) sources.

“As a result of the issues with the Core Inventory Management System and the regularly documented issues with DoD’s ability to account for equipment provided to the Afghan government, it remains unclear whether the $7.1 billion figure reported to Congress is accurate,” according to the SIGAR assessment.

Translation: the U.S. has no clear picture of how much military equipment it accidentally funneled into Taliban arsenals as the militant group swept across the country.

As Task & Purpose previously reported, that $7.12 billion amount originally reported to Congress represents roughly 38% of the $18.6 billion allocated for the procurement of military equipment for the ANDSF between 2005 and 2021, according to the August DoD IG report, a total that included military aircraft, aircraft munitions, small arms, and ground vehicles including Humvees, MRAPs, and other tactical vehicles.

But the August DoD report made it clear that regardless of what larger military equipment the Taliban managed to tactically acquire (and continue to operate with severe logistical and maintenance shortfalls), the militants certainly increased their arsenal of small and heavy arms in a significant way.

And while the lack of equipment accountability under the DoD may not be surprising — “since at least 2009, SIGAR and the DoD Office of Inspector General (DOD IG) have published reports noting accountability shortfalls and issues with DoD’s processes for tracking equipment in Afghanistan,” the report states — the cavalier attitude of U.S. officials at the time towards the sudden transfer of weapons certainly was.

“We are always worried about U.S. equipment that could fall into an adversaries’ hands,” then-Pentagon Press Secretary John Kirby said during the fall of Kabul when pressed on the issue. “What actions we might take to prevent that or to forestall it, I just simply won’t speculate about today.”