An F-18 fished from the ocean, 10 helicopters damaged by a storm — The Navy is getting its butt kicked by bad weather

An F/A-18E Super Hornet thought lost to the sea has been salvaged. 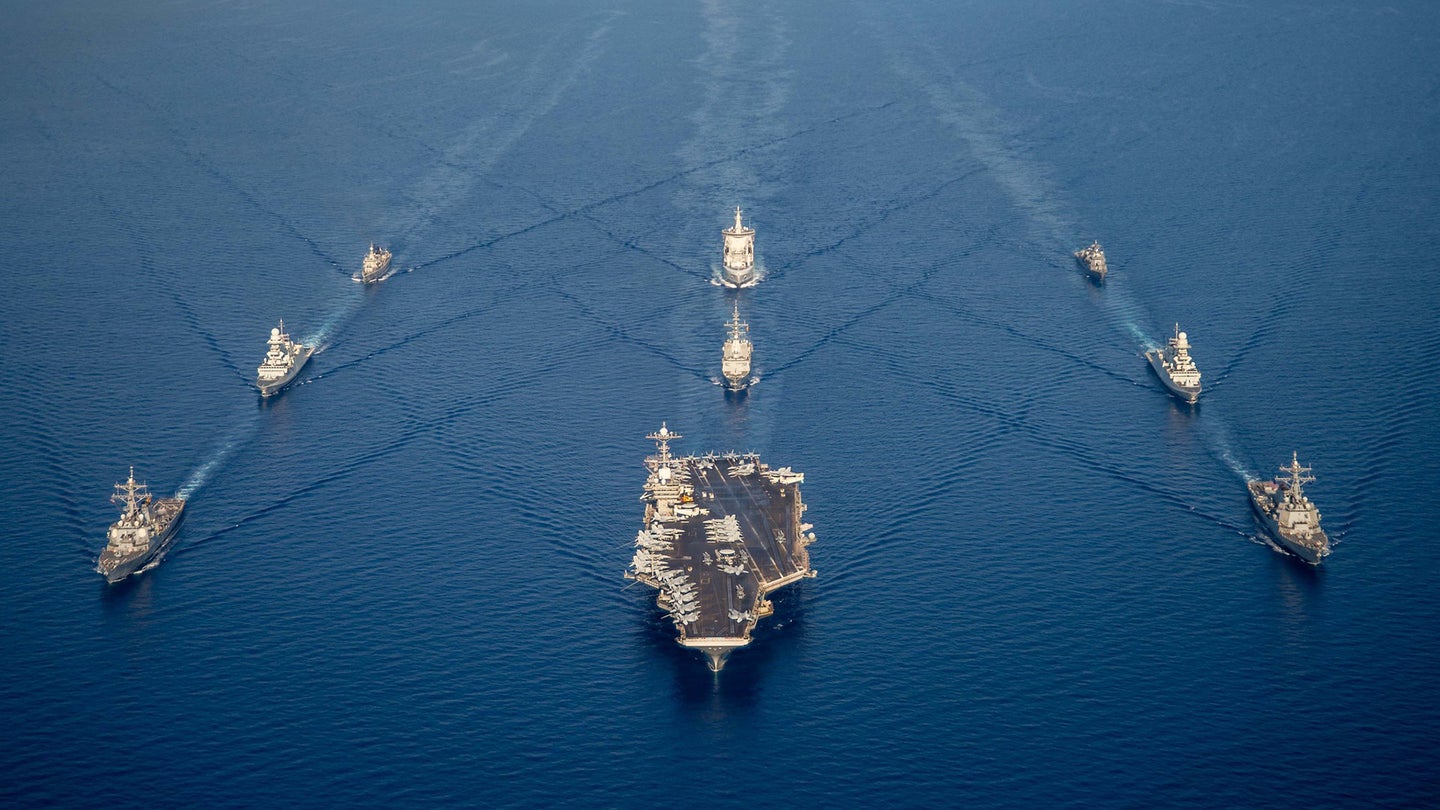 After two brutal losses to Mother Nature, the Navy finally scored a win this summer. On Aug. 3, the Navy was able to recover the F/A-18E Super Hornet that was knocked off the USS Harry S. Truman last month.

The fighter jet, part of Carrier Air Wing 1 on the Nimitz-class USS Harry S. Truman, was blown off the ship on July 8 thanks to what the Navy called “unexpected heavy weather.” One sailor was hurt during the incident. At the time, the Navy wasn’t immediately clear if it would try to recover the jet or not. But it seems they did.

The Navy recovery operation found the Super Hornet roughly 9,500 feet below the surface. A salvage team made of several elements of the Navy used the multi-purpose construction vessel Everest as their base, going over to the part of the Mediterranean where the jet was lost. The team then used a CURV-21 remote-controlled salvage vehicle to rig lines to the jet, which was then hoisted back up to the Everest. It is being sent back to the United States, but it isn’t clear if that’s for repairs and redeployment or to be scrapped. (Check out The Aviationist for an exclusive photo of the jet after it was fished out of the water.)

It’s a win for the Navy, which at the time of the incident last month wasn’t immediately clear if it was going to attempt recovery or write off the fighter jet. Several military aviation mishaps have occurred in the last four months, but the USS Harry S. Truman incident was the only time this summer that a fighter jet sank beneath the waves (in January an F-35C II crashed into the ocean while trying to land onboard the USS Carl Vinson).

It’s still unclear if it was properly secured when it was blown off the carrier. “The rapid response of the combined team, including SUPSALV and Phoenix International personnel, allowed us to conduct safe recovery operations within 27 days of the incident,” Lt. Cmdr. Miguel Lewis, U.S. Sixth Fleet salvage officer, said in a statement on the operation.

The F/A-18E’s weeks-long swim wasn’t the only incident in the last month where Mother Nature decided to wreck millions of dollars of the Navy’s hardware. On July 26, a severe storm tore through Virginia and hit Naval Station Norfolk. It damaged 10 helicopters, half of which were MH-60S Knight Hawks, with the rest comprising one MH-60R Sea Hawk and four MH-53E Sea Dragon helicopters.

Winds were so great that gusts reached as high as 60 miles per hour, according to locals near the base. Those winds toppled over and pushed the helicopters around the airfield, leaving visible damage, as photos of the aftermath show. That included overturned helicopters and bent and broken rotor blades. No one was injured in the storm, and it is currently unclear if the helicopters were properly secured ahead of time. However, the Navy is classifying them as “Class A Mishaps,” meaning either the vehicle was destroyed or damage exceeded $2.5 million.

Heavy weather seems to have it out for the Navy this summer.