“Earning a commission had always been a goal of mine ever since I first learned that it was an option.” 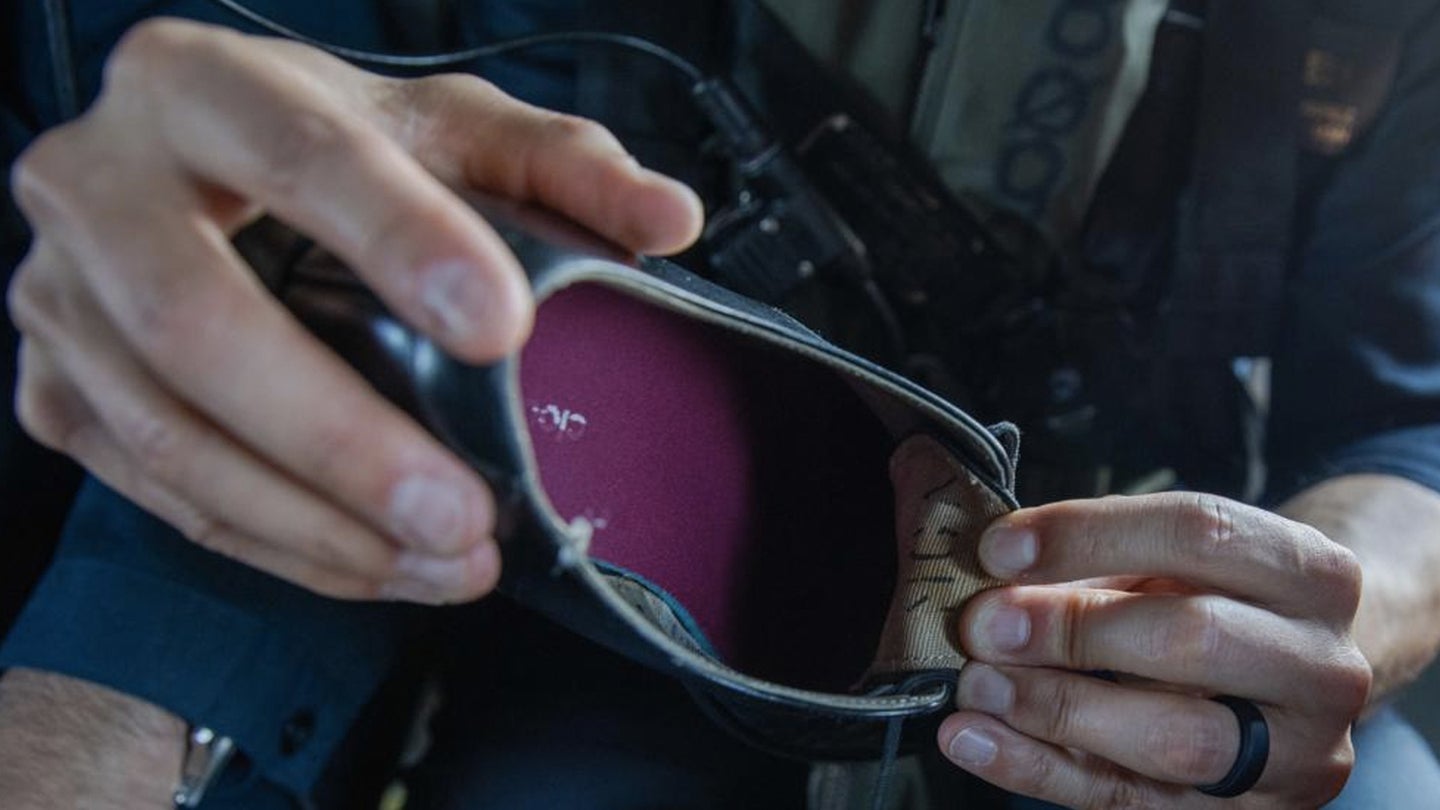 A newly-minted commander in the Navy seems to have put his own spin on the old saying that “you can never step in the same river twice.” On Aug. 31, Lt. Cmdr. Miles Alvarez was promoted to commander aboard an MH-60S Nighthawk helicopter 1,000 feet over the Adriatic Sea while wearing the same black, polished shoes that had been issued to him as a young seaman entering recruit training 26 years ago.

In the quarter of a century since arriving at Recruit Training Command in Illinois, Alvarez rose through the Navy’s enlisted ranks, became an officer, and served in a range of roles and stations across the service. But if you had told him that back in the early 1990s, he may not have believed you. At the time, the Los Angeles native said he was struggling to make ends meet, pay for community college, and save for the future, according to a recent Navy news story by Petty Officer 3rd Class Richard Rodgers.

Alvarez was looking for something that would get him out of Los Angeles “and onto more stable ground,” the press release said. Luckily, he found inspiration in his own family. Alvarez’s grandfather was a former Army paratrooper and Korean War veteran who exuded discipline even in his old age.

“He was in his sixties when I lived with him, and he was still doing a regular workout routine before bed of push-ups, sit ups, squats, and dumbbells,” Alvarez said. “He shined his shoes, always ironed his clothes, shaved and made his bed daily, and always kept his room very orderly. He attributed his discipline to the Army and I liked that, even as a kid.”

On top of the promise of discipline, Alvarez said he saw the military as a means to a stable income, an opportunity for growth, and the sense of serving a greater purpose. He enlisted in the Navy in November 1996 as a seaman recruit, the very bottom of the rank ladder, where he became a cryptologic technician, a job which involves intercepting signals to provide tactical and strategic intelligence, according to the Navy.

Though he started at the bottom, the ambitious Alvarez had high hopes. Within a few years, he began applying to commission as an officer.

“Earning a commission had always been a goal of mine ever since I first learned that it was an option,” he said.

It was good that Alvarez was so committed to his goal, because it would be a long wait before he could achieve his dream. At first, when he reached the rank of second-class petty officer, the sailor applied to the enlisted commissioning program, now known as the Seaman-to-Admiral program. The program has helped many sailors earn their commissions over the years, including Rear Adm. Matthew Burns, a former enlisted SEAL who pinned his first admiral star in 2020. Another notable alumni is Lt. Cmdr. Jonny Kim, a former enlisted SEAL who commissioned, then went to Harvard Medical School, and is now a NASA astronaut.

However, Alvarez’s enthusiasm was not enough to earn him a place in the Seaman-to-Admiral program. Later, after completing a bachelor’s degree and rising to first class petty officer, he also applied unsuccessfully to Officer Candidate School. Several attempts later, after Alvarez had become a chief petty officer, he finally earned his commission as a Limited Duty Officer on Nov. 1, 2008.

With new rank and responsibility on his shoulders, Alvarez went on to serve in a wide range of information warfare roles on a Wasp-class amphibious assault ship; at Naval Air Station Whidbey Island, Washington; at Navy Personnel Command; and at the Stennis Space Center in Mississippi.

Nowadays, Alvarez serves as the integrated fires officer aboard the aircraft carrier USS George H.W. Bush, which is part of Carrier Strike Group 10.

The newly-minted commander received his silver oak leaves from Rear Adm. Dennis Velez, commander of Carrier Strike Group 10. Though Alvarez has achieved great heights both figuratively and literally, since he was promoted while on a helicopter 1,000 feet over the water, he has not forgotten his roots, as represented by the shoes he received long ago in Illinois in recruit training.

Alvarez’s story seems to hit on two of some of the most important lessons the military presses into service members: be persistent and wear proper footwear. If this commander is any proof, those two lessons can take you far.