The repairs took 33 days, all conducted aboard the USS George H.W. Bush during a deployment to the Mediterranean Sea. 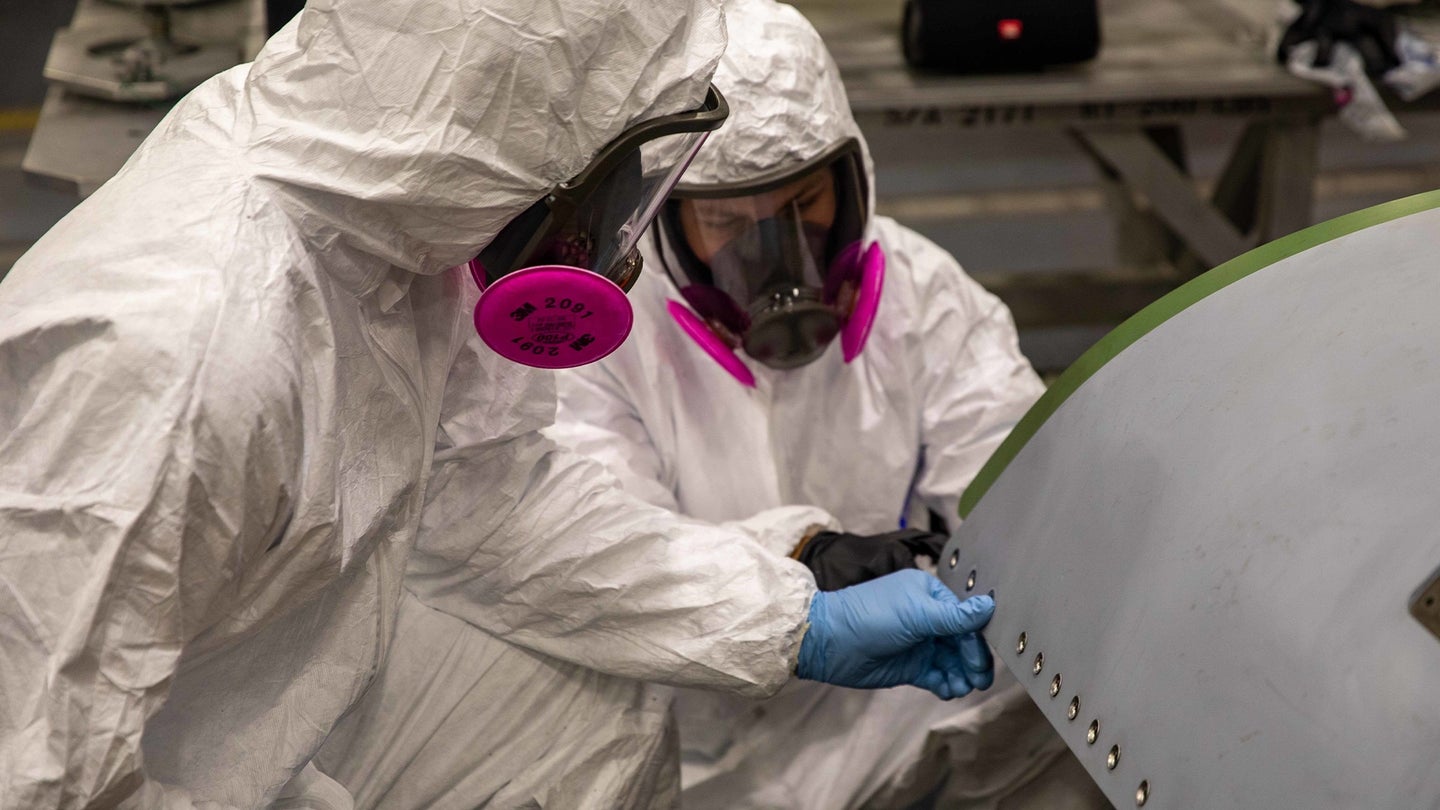 The Navy completed repairs to a F/A-18E Super Hornet jet last week that the service described as the “first of its kind.” The damage to the aircraft, which suffered an engine fire last year, would have normally left it out of commission until it could be transported to a larger maintenance facility, but it was repaired in 33 days aboard the aircraft carrier USS George H.W. Bush.

On Aug. 31, 2022, the Super Hornet, assigned to Strike Fighter Squadron (VFA) 136 suffered an in-flight fire in its starboard engine. The pilot was able to land the aircraft, but it had suffered “fire and heat damage to the 68R door skin, vent screen, formers, S11 skin, starboard engine bay, and all accompanying hardware,” according to a Navy press release.

In other words, it was a lot of damage. The kind that would have kept the aircraft stored in the hangar bay for months until the aircraft carrier returned to its home port.

With the carrier having just started its deployment to the Mediterranean Sea, an investigation was conducted to determine if the aircraft could actually be repaired while underway.

“Since this was the first-ever at-sea replacement of a 68R Door and S-11 Skin, considerable time was required to plan and approve the repair,” said Cmdr. Russell Huff, the maintenance officer for Carrier Air Wing 7. “Once the engineers had believed this repair could be accomplished at sea, or at least that a repair could be attempted, things went very smoothly.”

After several months of coordinating with other naval aviation commands, the parts, tools, and maintenance experts needed to repair the Super Hornet were assembled and dispatched to the USS George H.W. Bush during its deployment. On Jan. 9, 2023, after 33 days of repairs, work was completed on the Super Hornet. It also marked the first time that a Super Hornet which had suffered such extensive damage was repaired in an operational environment.

“The expert repairs of the [Fleet Readiness Command] artisans proves it’s possible to perform this crucial maintenance in a deployed environment, making us a more lethal fighting force and providing a springboard to return even greater repair capability back out to sea.” said Capt. Thomas Bodine, the Carrier Air Wing 7 commander.