“So far, I’m coming away from this with more questions than answers." 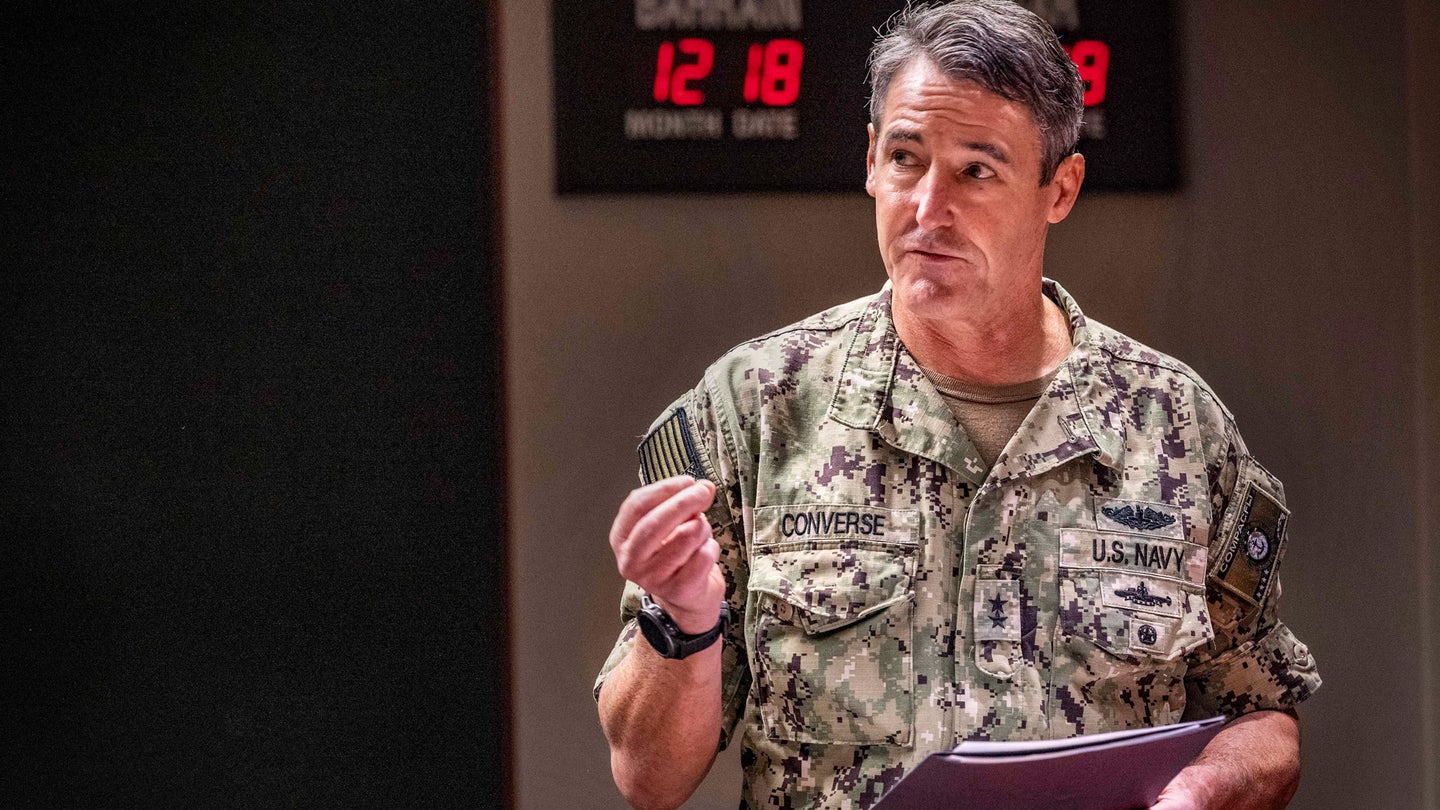 The Navy is investigating whether a May 2021 fuel leak is related to a water contamination crisis in Hawaii that has forced thousands of military families from their homes.

Rear Adm. Blake Converse, the deputy commander of U.S. Pacific Fleet, told lawmakers during a Tuesday congressional hearing that the Navy believes the jet fuel leak in November was the result of the same issue that caused a fuel leak back in May.

“Our best information is that this recent spill was due to operator error,” Converse told members of the House Armed Services Subcommittee on Readiness, adding that the Navy came to a similar conclusion on the previous spill. The investigation is going to “look at how they are linked to this recent water contamination issue.”

Navy officials believe that the crisis in Hawaii — which Converse said has thus far cost the Navy more than $250 million on temporary lodging, transportation, and cleaning efforts — stems from a leak at the Navy’s Red Hill Bulk Fuel Storage Facility on Nov. 20. The day after the leak, Navy officials said that they were investigating a “water and fuel mix release” of approximately 14,000 gallons. A week later, residents of Joint Base Pearl Harbor-Hickam reported that their water smelled like chemicals or fuel, and had an oily sheen to it.

The Navy said in October that around 1,600 gallons of jet fuel leaked at the Red Hill facility in May after an operator “did not close the pipeline valves in the proper sequence before starting a fuel transfer,” according to Hawaii Public Radio.

The Navy’s investigation is being carried out by an officer “independent of the chain of command of the operations, maintenance, and resourcing” of the Red Hill facility, Converse said, along with a team who has a “high degree of technical expertise.” The findings are expected to be submitted this week to the U.S. Pacific Fleet.

Since residents began reporting their concerns on Nov. 28, thousands of families have sought temporary housing off-base, and many are concerned with the potential health impacts from using the water. Capt. Michael McGinnis, Pacific Fleet surgeon, said Tuesday that nearly 6,000 people were screened by medical experts in the first two weeks of the crisis. Their symptoms were things “consistent with an acute environmental exposure event” such as vomiting, diarrhea, headaches, nausea, and skin or eye irritation.

“Once patients were removed from the water source, the symptoms rapidly resolved,” McGinnis said.

Multiple lawmakers expressed concern about how the Navy was viewing the current crisis during the hearing.

Rep. Michael Waltz (R-Florida), the new ranking member of the subcommittee, said that while he appreciated the officials’ response, “it seems to me that the approach here was that this was a one-off crisis, rather than a systemic issue.”

“So far, I’m coming away from this with more questions than answers,” Waltz said.

Converse later conceded that there “seems to be some operational systemic issues,” which he said the investigation is looking to identify.

Overall, Navy officials say they recognize that they need to rebuild lost trust with residents and the community around Joint Base Pearl Harbor-Hickam. Early on in the crisis, Navy officials said the water was safe to drink, only to reverse course days later.

“We truly thought the testing results indicated the water was safe to drink,” Capt. Erik Spitzer, commander of Joint Base Pearl Harbor-Hickam, said on Dec. 6. “We were wrong. I apologize with my whole heart that we trusted those initial tests. If there was one day I had a chance to do over, it would be that day.”

And in at least one case, an Army family said they were lied to or misled by Navy officials about the status of their water for days before they were told by the Army not to drink or use it at all.

Converse acknowledged that there were “miscues in communication” about the crisis that were “impactful” to residents. “It was based on poor information,” he said, “and, frankly, poor judgement.”