The White House says the arms delivery "will not change battlefield dynamics in Ukraine" — yet. 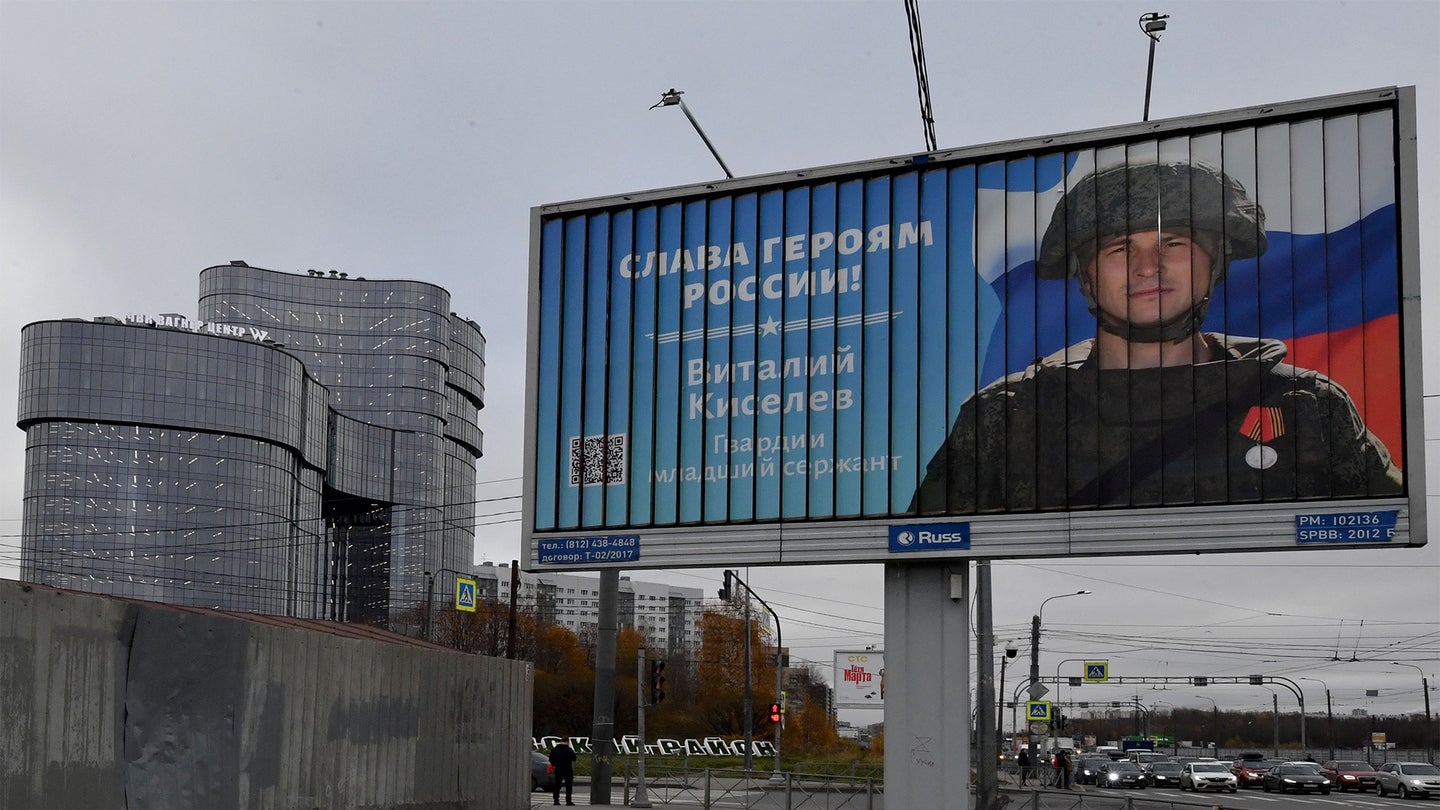 This general view taken on November 4, 2022, shows a poster displaying a Russian soldier with a slogan reading 'Glory to the Heroes of Russia' decorating a street near the 'PMC Wagner Centre', associated with the founder of the Wagner private military group (PMC) Yevgeny Prigozhin, during the official opening of the office block on the National Unity Day, in Saint Petersburg.(Photo by Olga Maltseva/AFP via Getty Images).
SHARE

The Russian private military company Wagner Group is now arming itself with weapons from North Korea as it augments Russian military forces in Ukraine, the White House said on Thursday

“Today we can confirm that North Korea has completed an initial arms delivery to Wagner, which paid for that equipment,” National Security Council spokesperson John Kirby told reporters on Thursday.

“We assess that the amount of material delivered to Wagner will not change battlefield dynamics in Ukraine, but we are certainly concerned that North Korea is planning to deliver more military equipment.”

Kirby added that North Korean officials “have said publicly that they would not support Russia’s war in Ukraine – and yet here  they are delivering arms to Wagner, in direct violation of United Nations Security Council resolutions.”

The Wagner Group, founded in 2014 and run by Yevgeniy Prigozhin, is estimated to have around 50,000 people in Ukraine. Many of them, up to 40,000, are convicts who have been recruited from Russian prisons, according to Kirby.

“Wagner is playing a major role in Bakhmut, where its ill-equipped and ill-trained forces are suffering heavy casualties,” Kirby told reporters on Thursday. “Approximately 1,000 Wagner fighters have been killed in the fighting in recent weeks, and 90 percent of those fatalities were convicts.”

Prigozhin denied the accusation, saying in a statement that “the supply of weapons from North Korea is nothing but gossip and speculation.”

It’s not the first time the U.S. has accused Russia of arming itself with weapons sent from North Korea. In November, the White House stated that the North Korean government was covertly shipping artillery shells to Russia through other countries in Africa and the Middle East. This comes as the Pentagon also recently estimated that Russia is burning through so much of its own stockpiles of munitions – firing up to 20,000 artillery rounds a day – that it will soon have to start using “degraded” shells produced as long as 40 years ago.

The Wagner Group, while ostensibly neither a private military company – those are theoretically banned in Russia – nor a direct arm of the Russian military, has maintained a close relationship with Russian President Vladimir Putin through its founder, Prigozhin. The group has operated  extensively in Africa, Syria and in Ukraine, where it’s been repeatedly accused of human rights abuses.

On Wednesday, the White House announced a new series of sanctions on technology exports designed to specifically target Wagner Group and meant to curb their access to military equipment and technology.

“The Wagner Group is one of the most notorious mercenary organizations in the world and is actively committing atrocities and human rights abuses across Ukraine,” said Under Secretary of Commerce for Industry and Security Alan Estevez on Wednesday. “Today we are sending a clear message to non-state actors seeking to pick up the baton of brutality from Putin’s faltering military that the Department of Commerce will not hesitate to act against them.”