It's the 11th confirmed non-combat crash of a Russian military aircraft since the invasion of Ukraine began. 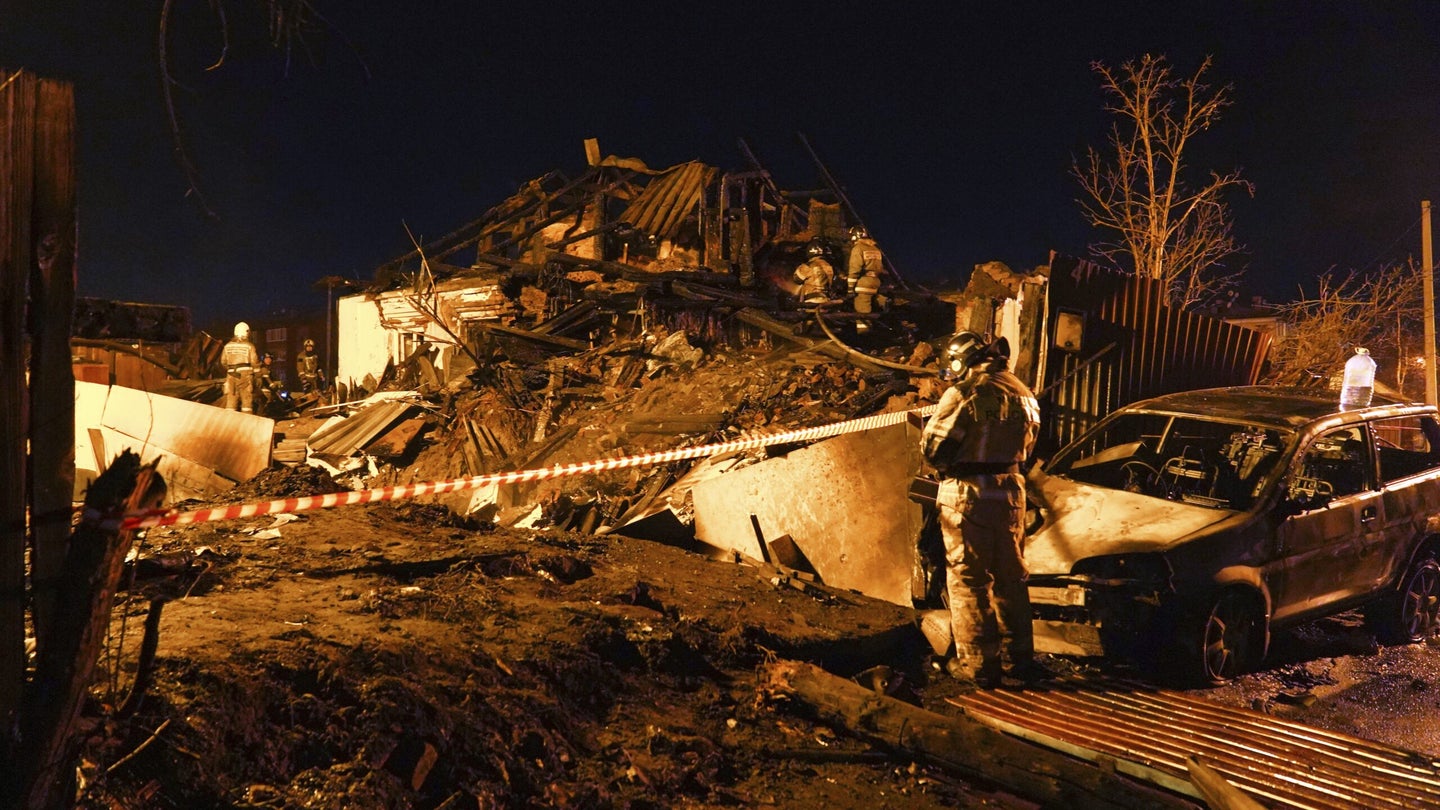 Firefighters work at the scene after a warplane crashed into a residential area in Irkutsk, Russia, Sunday, Oct. 23, 2022. (AP Photo).
SHARE

Two Russian military pilots are dead after their aircraft crashed into a residential area early Sunday morning, the second such incident to strike the Russian air force in less than a week.

The aircraft, a two-seat Su-30 fighter jet, slammed into a two-story residential building in the Siberian city of Irkutsk, killing the pilots on impact, according to regional governor Igor Kobzev.

Video from dashboard cameras and cell phones show the fighter jet in an almost vertical dive, nose pointed at the ground, before striking the building and sending a fireball and plumes of smoke into the air.

The crash occurred just as dawn broke over Irkutsk, home to roughly 600,000 people. The explosion startled residents, who took off running from the crash site while firefighters responded to the burning building.

According to Kobzev, the building was empty at the time of the crash and the only casualties from the incident were the Su-30 pilots.

The Russian Emergency Situations Ministry told the state-run TASS news agency that the pilots were on a “trial flight,” testing the Su-30 before it entered into service with the Russian armed forces. The plane was not equipped with any weapons.

Russian authorities said that the crash is under investigation. It’s unclear why the pilots did not eject.

Ironically, Irkutsk is home to a number of military production facilities including a factory that makes Su-30 fighter jets. Alongside Russia, nations such as India, Algeria and Armenia have Su-30s in their air fleets.

The incident marks the second time in less than a week that a Russian military aircraft has crashed into a residential area inside Russia, and the latest in a series of military planes going down outside of combat since the Russian invasion of Ukraine began earlier this year.

Prior to this crash, a Su-34 bomber jet flying out of Yeysk along the Sea of Azov also crashed into a residential area on Oct. 17. According to Russian officials, it was also on a training flight, but one of the engines of the bomber caught fire. The pilots ejected, but the crash and explosion killed 15 people and injured 19 more.

Sunday’s Su-30 crash in Irkutsk is the 11th confirmed non-combat crash of a Russian military aircraft since the invasion of Ukraine began in late February, according to the Associated Press.

There does not appear to be a unifying issue behind the crashes.