US Has Concerns Over MANPADS In Syria

Amid renewed calls from Syrian opposition groups for man-portable air defense systems, or MANPADS, the United States remains hesitant to... 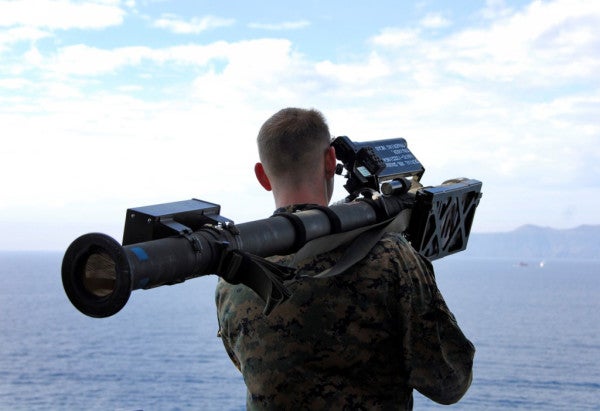 Amid renewed calls from Syrian opposition groups for man-portable air defense systems, or MANPADS, the United States remains hesitant to supply the rebels with anti-air weaponry due to concerns that the weapons may fall into extremist hands. However, other states may not be as cautious, reports The Daily Beast.

The danger posed by arming groups with the weapons, many of whom have varying and at times, fluctuating allegiances, is very real. Especially with Russian, and American-led coalition aircraft operating over Syria.

Qatar is believed to have delivered Chinese-made FN-6 MANPADS to rebel groups, several of which have been acquired by the Islamic State. The Daily Beast also reports that Saudi Arabia, which has increased its arms shipments to Free Syrian Army forces, hasn’t ruled out sending surface-to-air systems either.

If the U.S. were to consider arming opposition forces with anti-air weapons, there are several methods for controlling the weapons themselves. These include timer-based disabling, remote kill switches, and geographic lock-out systems, which would disable a weapon if it leaves a designated area. However, these safeguards are mostly theoretical. Currently, there are buyback and destruction programs, a policy long used by the U.S. in areas where the weapons have proliferated, but the policy is expensive and is not an effective deterrent to extremist groups.