The Navy wants to turn submarines into ‘UUV motherships’

That plan depends on being able to recover the drones through torpedo tubes. 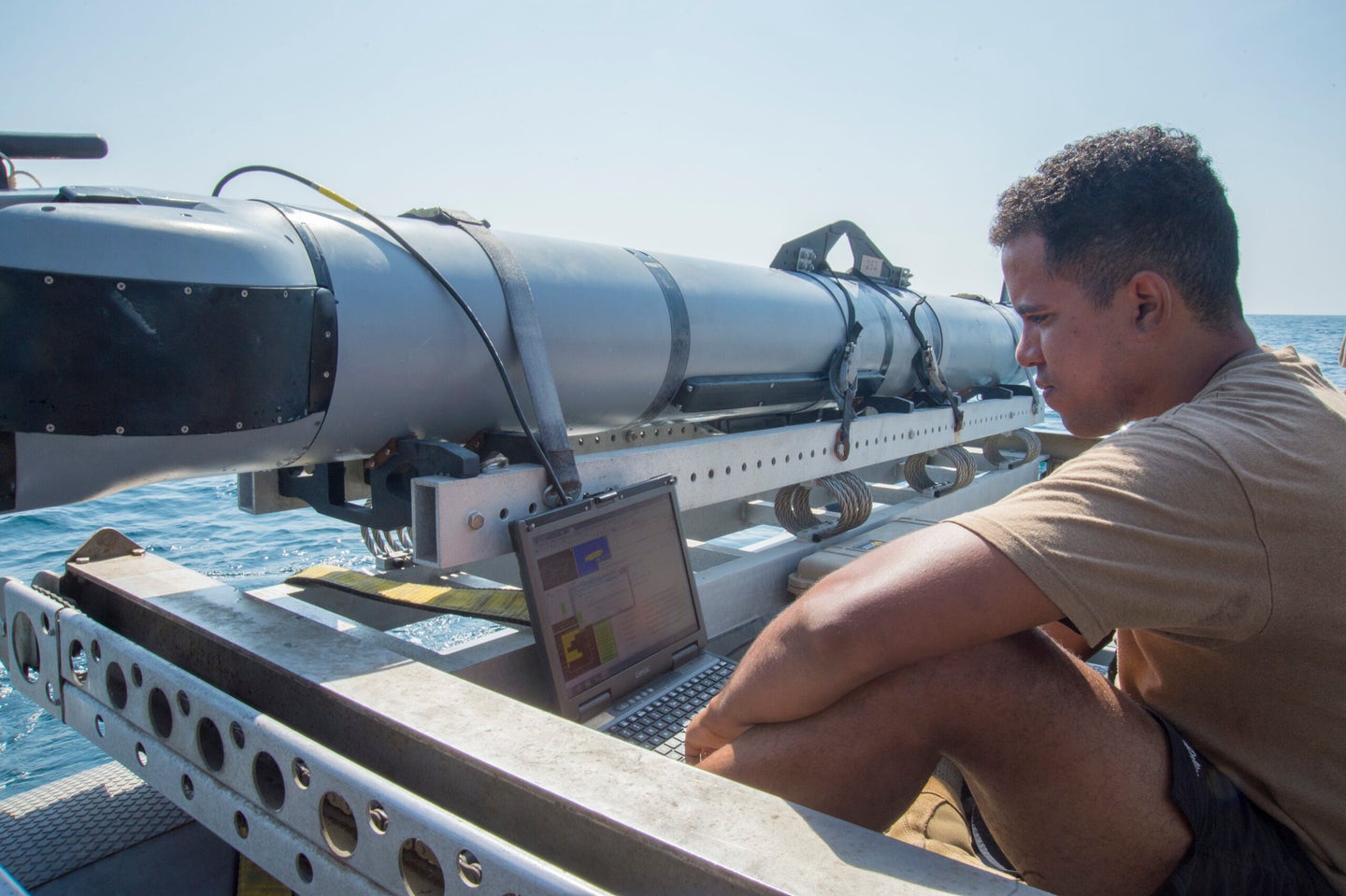 The U.S. Navy is aiming to expand a system that will let submarines launch and recover uncrewed underwater vehicles (or UUVs). The idea, Navy leaders say, is to turn the nuclear attack submarine fleet into UUV “motherships” that can launch uncrewed objects both for offensive and reconnaissance purposes and for explosive ordnance disposal.

Right now the 600-pound Razorback UUV that the Navy has requires a dry-dock storage system and needs to be recovered by divers by hand, a cumbersome and time consuming task. Submarine Force commander Vice Adm. Bill Houston called the launching part “easy,” but said the rest is tough, according to the U.S. Naval Institute’s news outlet. Houston was speaking at the Naval Submarine League’s annual symposium.

The Navy has tested and proved that it can recover medium-sized UUVs, per Rear. Adm. Doug Perry, director of submarine warfare for the Office of Chief of Naval Operations. The service has yet to implement them fleetwide, he said. That is coming in the “near future.”

“While the submarine is moving, the UUV has to find that torpedo tube and drive in,” Perry said to reporters.

If that is widely implemented, it would allow submarines to serve as mobile bases for advanced recon missions. The system would also let submarines safely scout and clear mines and other hazards in hostile seas. Last year the Navy began testing the Razorbacks with submarines.

The next step is to develop a new drone that can serve both offensive reconnaissance and EOD roles. The Navy is currently using multiple UUVs, including the Razorback model drawn from the REMUS 600 design. The new UUV would also be based on the REMUS 600, but would be able to be modified with different sensors and equipment depending on the mission. It would also be capable of automated recovery. That would greatly expand the capabilities and operation range of the submarines, as well as allow the UUVs to be used multiple times more easily.

“When this … capability is deployed, every SSN will have the ability to serve as a UUV mothership,” Rear Adm. Casey Moton told USNI News.

The military has been greatly expanding the use of drones in its operations, both in ways to integrate them into offensive capabilities and to defend against swarms from hostile forces. The Navy meanwhile is also looking into the potential of uncrewed vessels. The 2022 edition of the Chief of Naval Operations Navigation Plan calls for having approximately 150 uncrewed vessels in its fleet in 2035.

Although much of the drone focus has been on aerial ones, maritime drones are useful both in reconnaissance and in offensive uses. The Navy has used other types of UUVs in search and rescue missions, such as when looking for a missing Argentine submarine in 2017. Waterborne uncrewed vehicles can even be turned into essentially guided torpedoes.

Despite apparently not launched from a submarine, drone boats loaded with explosives were used in a two-pronged drone swarm attack on Russia’s Black Sea fleet in Sevastopol in October.