Score a reliable Garmin smartwatch for a steal for Amazon Prime Day. 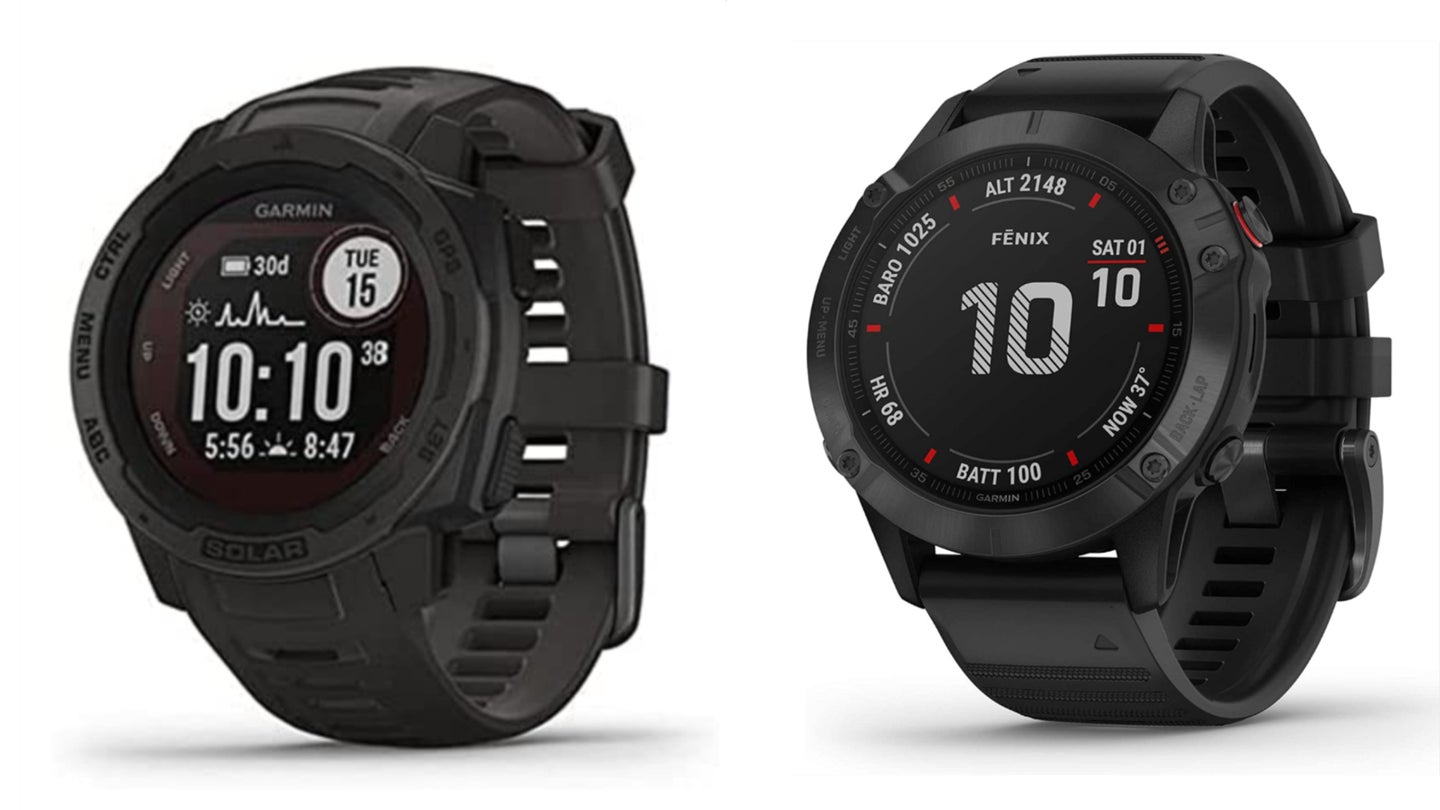 Is it just me, or does the U.S. military have an unnatural obsession with the lensatic compass? Don’t get me wrong, I get the appeal and bought one of my own, but Uncle Sam’s refusal to adopt technology from the modern era is a little weird.

Luckily, that’s where Garmin comes in with its mega-popular family of smartwatches. Want to make sure you don’t end up lost like some poor lieutenant? Skip the compass and keep a Garmin on your wrist at all times.

If you’re willing to stray from issued gear, there are infinitely more capable options from Garmin and they’re all wildly affordable on Amazon Prime Day 2022. We found GPS smartwatches marked down as much as 43 percent — that’s $150 — off MSRP.

Any one of these watches is a major deal and a solid piece of kit. All you have to do is decide which one fits your needs and style. Put one on your wrist ASAP before the price jumps back up. You won’t be sorry.

The Instinct Solar might occupy the sweetest spot in Garmin’s lineup — which makes sense considering often you see these on base. It packs many of the same features you’ll find in Garmin’s top-of-the-line watches, but in a smaller package and behind chemically strengthened glass instead of sapphire crystal. It’s got everything you need in the field, including health monitoring apps, navigational aids, and weeks of battery life enhanced by solar charging. Amazon Prime Day 2022 has the price knocked from $349.99 all the way down to $199.99. It doesn’t get better than that.

The Forerunner is better tailored to off-base use compared to the deployment-ready Instinct Solar. Instead of tactical apps, it focuses on entertainment apps for your music and a bright, full-color screen. The overall appearance is a better match for civvies, too. Aside from that, battery life and off-grid functionality take a major step down compared to the Instinct Solar. Lopsided discounts put these within $40 of each other, landing the Forerunner at $239.99 on Amazon Prime Day 2022.

What if you want the best of both worlds? The Fenix 6 Pro provides the tactical functionality of the Instinct Solar with a beautiful display and metal bezel that feel more high-end than the function-over-form Instinct series. The big, full-color screen makes extracting this GPS watch’s potential easier, too, whether you’re tracking athletic performance or using its touchless payment feature. The MSRP on the Fenix 6 Pro is $600, but you can get one for just $449.99 with the Prime Day discount.