You can now pick up a budget CRKT knife (or tomahawk, we won't judge) for a major steal. 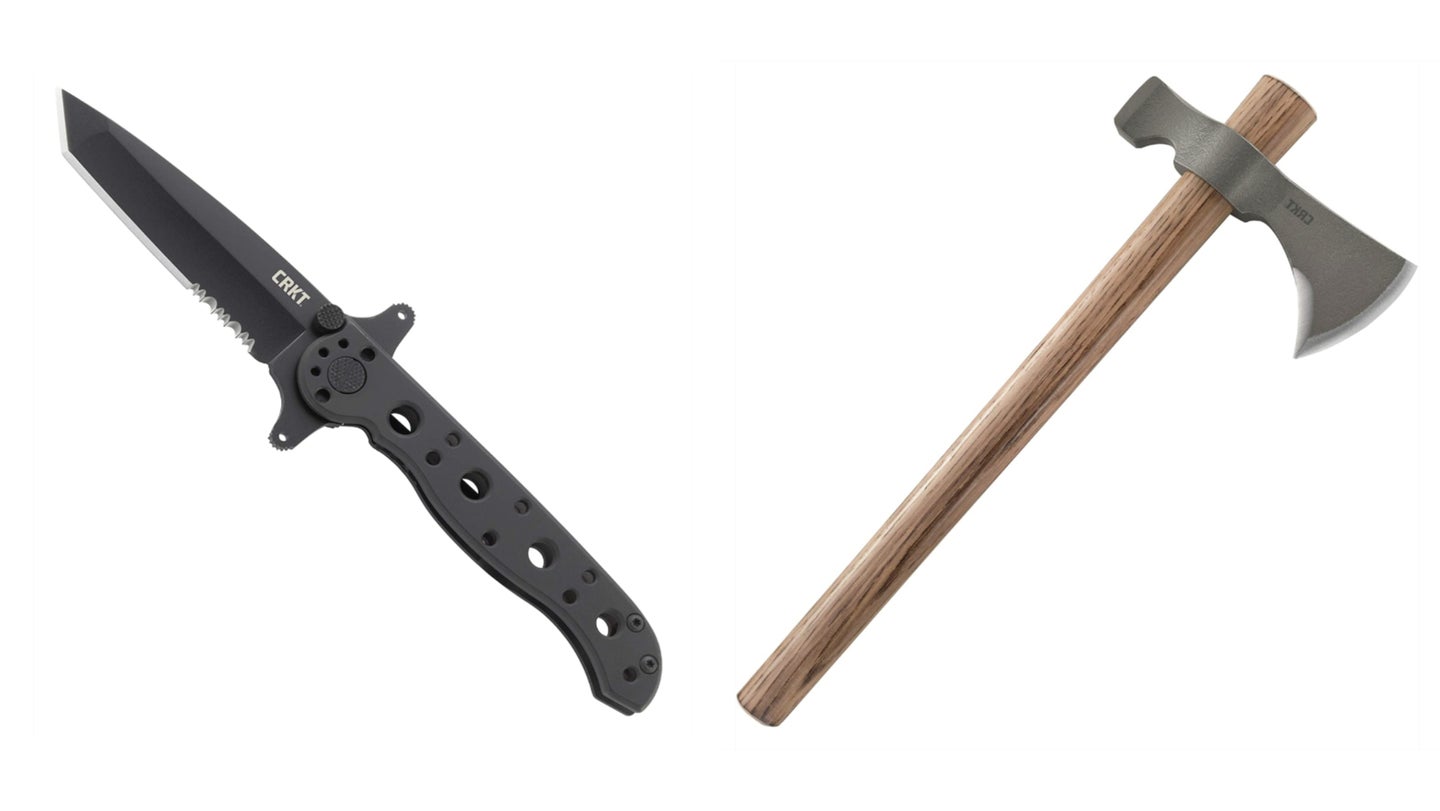 In the last decade or so, Columbia River Knife & Tool (or CRKT) has carved out a name in the budget knife market largely due to the company’s appealing designs, accessible price, and mechanics that just work. But CRKT also makes one of the most popular military knives on the market: the M16. Aptly named given its military connection, it’s a handy, affordable knife that we’ve personally seen used and abused all over the world.

For Amazon Prime Day 2022, you can save up to 48 percent on the CRKT M16 and several other offerings from the company. Take a look at some fresh deals below and pick up your next budget pocket knife (or another handy blade) for an absolute steal.

The classic M16 knife with a tanto edge, this entry from CRKT looks cool, holds up to abuse, and resharpens easily. For Amazon Prime Day, you can pick one up for just over $30 thanks to a 38 percent discount.

A simple, effective tomahawk that still has the flair that tactical tomahawk aficionados are looking for, the CRKT Wood Chogan tomahawk is available for just over $45 for a total of 43 percent savings from MSRP.

This is a “Phillips head screwdriver” that allows you to have a purpose-built tool, rather than resorting the ill-advised urban legends about putting your keys in between your fingers in a defensive situation. This not only can screw something in, it can screw up an attacker’s day in the right hands — and it’s now availablel for nearly 50 percent off

Here are some of our other favorites from CRKT that are currently available for 20 percent off or more during Amazon Prime Day 2022: