Putting the "kill" in kilowatt 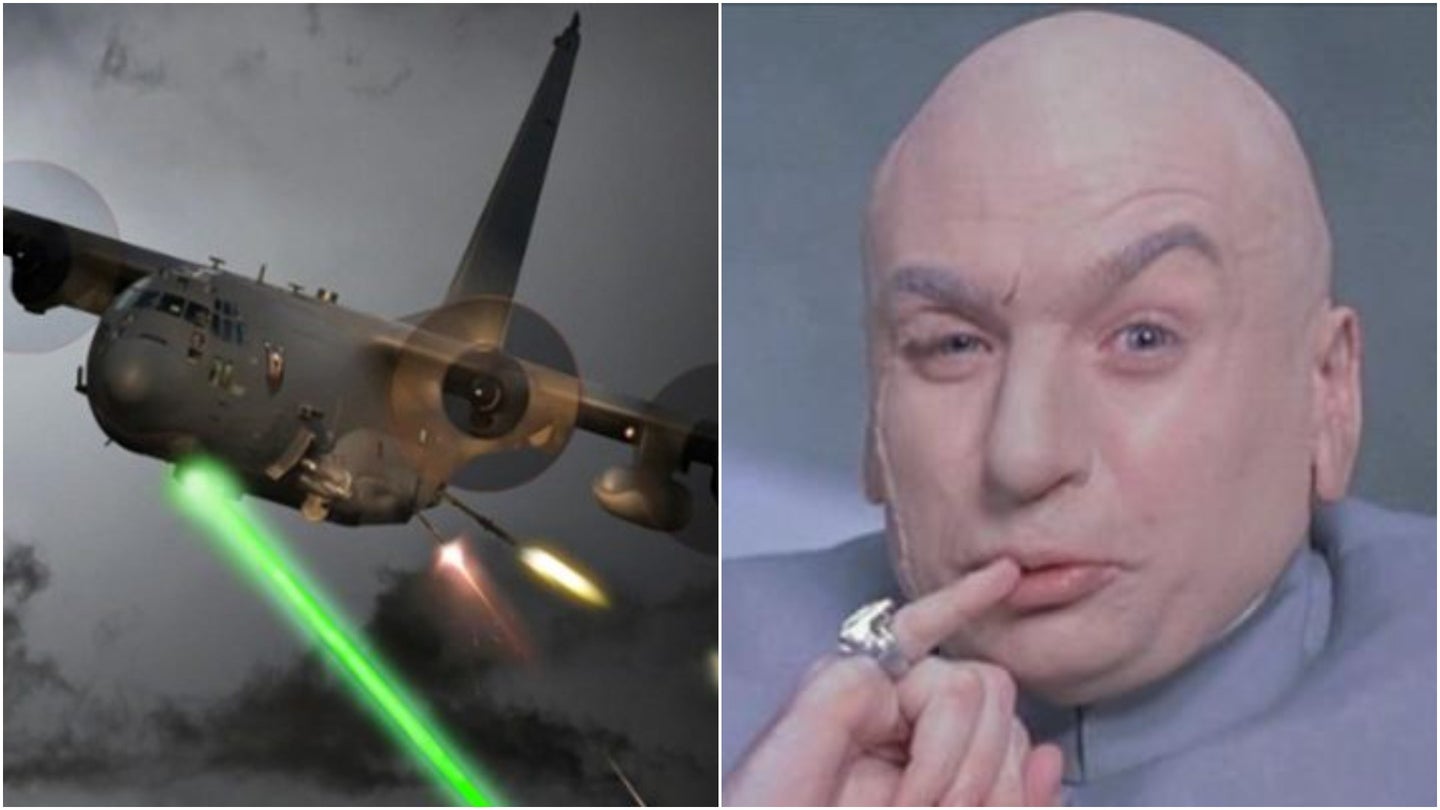 The Air Force’s family of AC-130 gunships has a 54-year history of delivering kick-ass close air support for ground troops in need, but a new weapon taken from science fiction could make the already fearsome aircraft even more so: A frickin’ laser beam.

Arms-maker Lockheed Martin announced on Wednesday that it will soon deliver a laser system to the Air Force for ground and flight testing. Specifically, the laser will be tested on the AC-130J Ghostrider, the service’s latest edition of the AC-130 gunship.

The Airborne High Energy Laser (AHEL) is a nonlethal weapon intended for disabling enemy vehicles, communications, power generation and other equipment, according to Lt. Gen. Marshall “Brad” Webb, the former commander of Air Force Special Operations Command, when he described his vision for the system in 2017.

“Without the slightest bang, whoosh, thump, explosion, or even aircraft engine hum, four key targets are permanently disabled. The enemy has no communications, no escape vehicle, no electrical power and no retaliatory” intelligence, surveillance and reconnaissance capability, Webb said, according to National Defense. “Minutes later, the team emerges from the compound, terrorist mastermind in hand. A successful raid.”

Should the testing go well, AHEL would be yet another reason not to mess with the already strapped Ghostrider. The fifth-generation gunship is equipped with 30mm and 105mm cannons and can support a range of guided munitions, from the modest AGM-176 Griffin missile to the chonky, 250-pound GBU-39 small diameter bomb. The aircraft also comes with a Precision Strike Package, a suite of sensors and communications equipment that lets the user keep a closer eye on the battlefield and point ordnance precisely where it needs to go, according to the Air Force.

“The lethality has increased exponentially,” Maj, Ryan Whitehead, 27th Special Operations Group AC-130J Ghostrider aircraft commander, said about the aircraft in July. “The engines are more powerful, the engines are more efficient, and it has a more accurate weapons system and precision guided munitions.”

Still, it remains to be seen whether a laser system may change the Ghostrider’s mission set. As reported by Sandboxx, the AHEL will let the normally loud and obtrusive AC-130J start fires and even detonate enemy ammo dumps from miles away, without anyone knowing for sure what caused it.

“In other words, this weapon can cause problems for the enemy and even destroy targets without directly implicating U.S. forces,” Sandboxx wrote. “That can be extremely valuable in the Grey Zone military operations of the modern era.”

Of course, before we get too far down the road of thought experiments, the AHEL must first pass its ground and flight testing. Though Lockheed Martin did not say in its press release when such testing would begin, AFSOC has said in the past that it hopes to start in fiscal year 2022, according to The War Zone.

It’s not clear how effective the AHEL could be when used against people, The War Zone reported, but the possibility of an AC-130J blowing someone up without warning using a silent, invisible laser system definitely puts the ‘Ghost’ in Ghostrider.

And if that isn’t scary enough for Halloween season, I don’t know what is.