“Small things such as a new haircut or a couple of pounds gained could cause the helmet to not fit correctly." 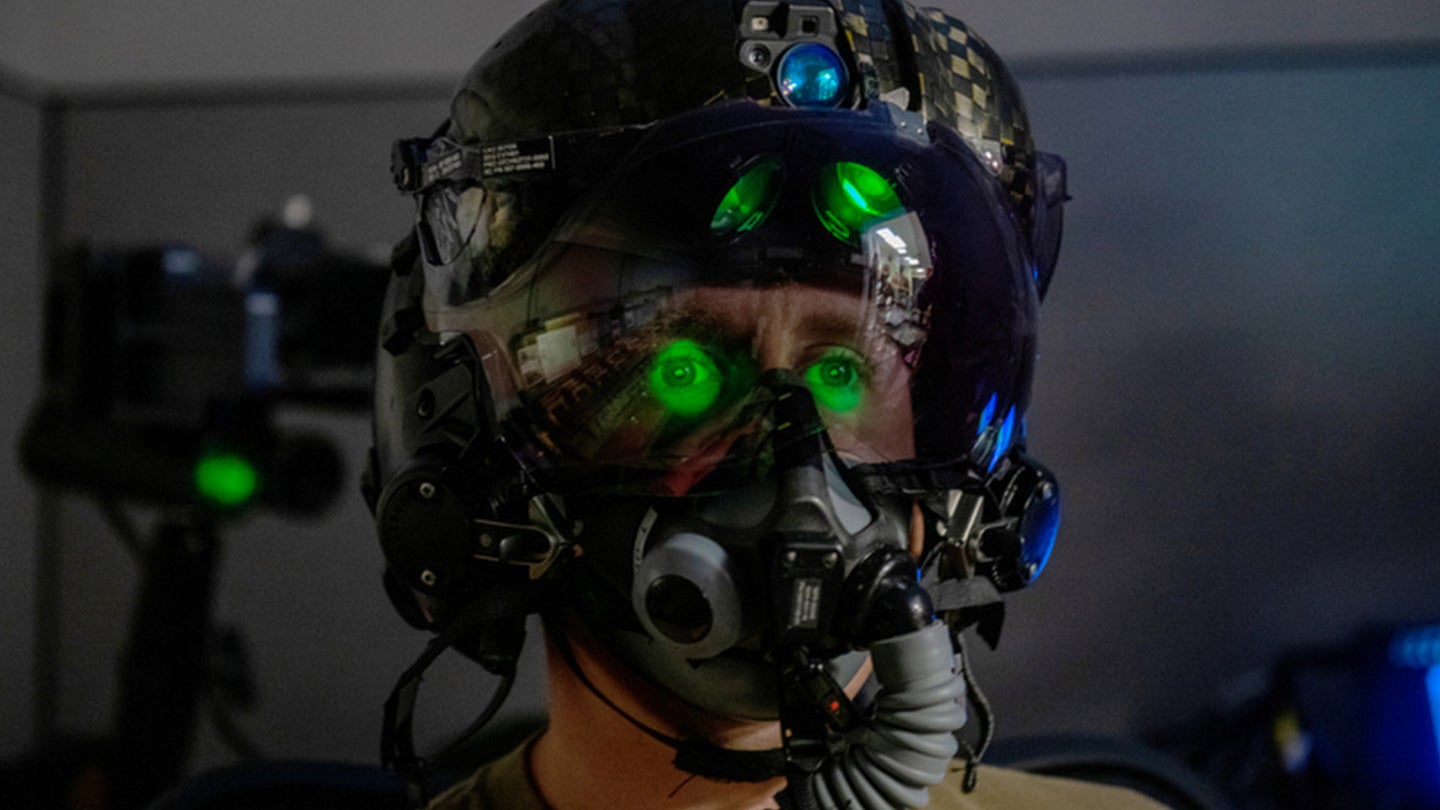 If you’re looking for a helmet for the advanced F-35 Lightning II, then get ready to put down enough money to buy a Ferrari sports car, undergo a two-day fitting process, keep your hair generally in the same shape, avoid putting on weight, and check in three times a year to make sure it still fits perfectly.

At least, that seems to be the process described in a new Air Force press release detailing just how much work it takes to keep one part of the $78 million F-35 fighter ready to fly.

“Pilots come in and put on all their gear so we can double-check to make sure everything fits properly and without issue,” said Staff Sgt. AJ Arteaga, an aircrew flight equipment reservist with the 419th Operations Support Squadron at Hill Air Force Base, Utah.

“Small things such as a new haircut or a couple of pounds gained could cause the helmet to not fit correctly,” Arteaga said.

The F-35 helmet is a technological marvel. It can display night vision, thermal imagery and video from below the jet, letting pilots effectively see through the airframe and track targets without having to look back and forth from their cockpit screens.

“The pilot can look down through a portion of their wing and see what’s below,” said Tech. Sgt. William Vass of the 419th OSS. “When they look toward the cameras embedded on the F-35, that image projects onto their helmet display.”

The effect is such that, instead of having one screen in front of you showing icons and symbols marking compass directions or targets, your entire view has those images overlaid onto the real world.

“Imagine if you’re in a car, you’re driving and you want to eat pizza. It will put a triangle over all the pizza restaurants,” Air Force F-35 pilot Maj. Justin “Hasard” Lee said in a May video. “Obviously, we’re using it in a different way, but the helmet allows us to synthesize large amounts of information.”

All that technology must be finely-tuned to work properly, and that’s where airmen like Vass and Arteaga come in to make sure the helmets are perfectly fitted to the pilots wearing them.

First, the pilots have their heads measured and scanned. In the Marine Corps, those scans are used to build a portable helmet liner that goes between the F-35B pilot’s head and the hard-shell helmet itself.

“This styrofoam cap fits into any size helmet, enabling a pilot to take the helmet liner from squadron to squadron for use throughout his or her career,” a Marine Corps press release said.

Once the scanning is complete, the helmet optics have to be perfectly aligned with the pilot’s eyes. Technicians use a pupilometer, which measures the distance between the pilot’s pupils within two millimeters of its center.

Next, aircrew flight equipment technicians fit the pilots with oxygen masks and identify any leaks around the mask that could prevent proper oxygen flow.

“The next part is to ensure there is a proper distance between the mask and the visor,” Arteaga said. “We have to make sure when the pilot moves or talks, the mask doesn’t hit the visor. If it’s too close, it will bend the visor and distort the display image.”

That’s not the end of it though. After the initial fit, the helmet is inspected every 105 days and has a 120-day fit check to make sure it’s still snug.

“The work is involved and in-depth, but essential to providing a seamless interaction between the helmets’ advanced capabilities and the exacting skills of the pilot wearing it,” the Air Force press release said.

Custom-fitted helmets are not new to military aviators. An Air Force F-15E pilot told The War Zone last year that each helmet is custom-fitted to the pilot and “you are pretty much tied to that helmet” throughout your career. F-15E pilots also have to be fitted for Joint Helmet-Mounted Cueing Systems, which help pilots lock onto a target with their eyes, according to a 2010 press release.

“I don’t think I would ever see, touch, or repair anything like this in the civilian world,” said Staff Sgt. Joseph Hicks, of the 419th Operations Support Flight, about the helmet back in 2016.

The sci-fi capabilities of the F-35 helmet, and the importance of nailing the display set-up was in full view in 2017, when helmet footage showed a near-disastrous F-35B landing aboard the USS America. The near-crash was caused by a display malfunction which also made refueling with a KC-135 aerial refueling tanker a struggle.

The helmet footage helped analyze what went wrong, and, inadvertently, it also showed how cool it is to look through an F-35 helmet. Hopefully the near-crash will make it safer for pilots to operate the fighter in the future.

“They knew in the control room that something was not right,” the F-35 government flight Test Director, Marine Lt. Col. D. Tom Fields, said at the time. “We got lucky. There’s no way around it. We got very lucky that night.”