Is this the beginning of the end for BRRRT? 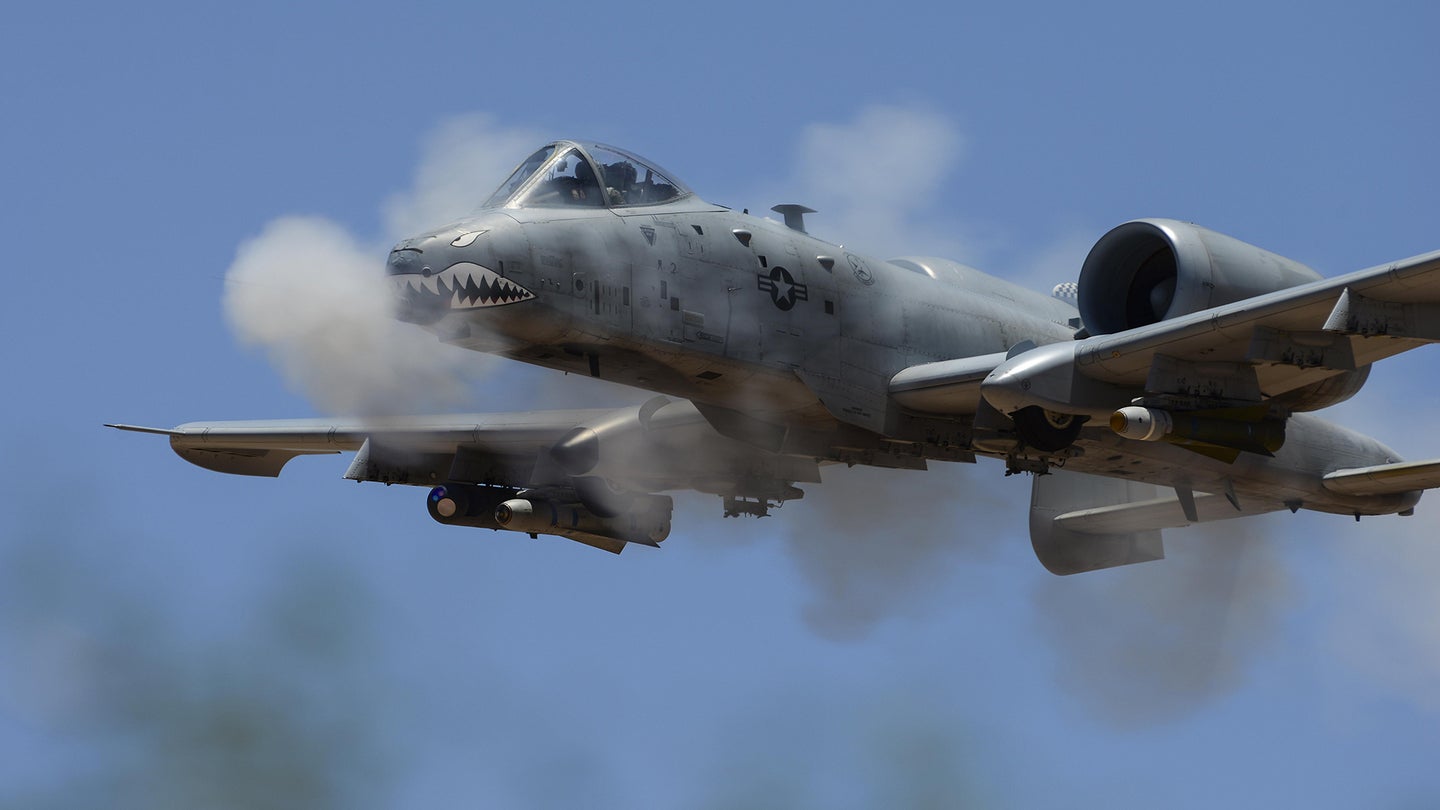 For the first time in roughly a decade, Congress is allowing the Air Force to retire some of its A-10 Thunderbolt II attack aircraft, which have saved the lives of countless troops on the ground but are just not designed to survive against modern Chinese and Russian air defenses.

The fiscal year 2023 National Defense Authorization Act would allow the Air Force to mothball 21 of its fleet of 281 venerable A-10 ‘Warthog’ aircraft, marking the first time in roughly a decade that lawmakers have not intervened to prevent the Air Force from retiring any A-10s.

Most recently the Air Force proposed getting rid of 42 A-10s as part of its fiscal 2022 budget, but Congress forbade the service from retiring any of its Warthogs. This drama has played out many times in recent years. Lawmakers stopped the Air Force’s attempts to divest its entire A-10 fleet during the 2015, 2016, and 2017 budget cycles, and Congress also blocked the Air Force’s effort to retire some of the aircraft in 2021 and 2022, Politico previously reported.

It has been more than 10 years since the size of the service’s A-10 fleet decreased, according to the Air Force Association’s Mitchell Institute for Aerospace Studies think tank, which published a 2018 report that looked at inventories of each aircraft.

The A-10 has survived numerous attempts to mothball the aircraft over the years. In 1984, the year production of A-10s stopped, the Air Force had already started to consider whether to retire its fleet of Warthogs due to concerns that the planes could not survive against Soviet air defenses, a 2015 Congressional Research Service report found.

Retired Air Force Gen. Merrill McPeak later tried to provide the service’s entire A-10 fleet to the Army in exchange for Patriot missile batteries when he served as Air Force chief of staff between 1990 and 1994, but nothing came to fruition, McPeak told Task & Purpose on Monday.

During the Gulf War and subsequent wars in Iraq and Afghanistan, the A-10 gained a reputation as a fearsome tank buster and a lifesaver for U.S. troops at risk of being overrun by enemy forces. Numerous videos are circulating online of A-10s making “danger close” gun runs to protect American troops in Afghanistan, and many service members have cheered the beloved sound of the A-10’s 30mm GAU-8/A Avenger gun firing: “BRRRT!”

A-10 advocates argue that more modern Air Force aircraft such as the F-35 cannot provide the same level of close air support to troops on the ground as the Warthog.

“As someone who has flown close air support in combat, I know that the A-10 is unmatched in carrying out its mission and provides an invaluable capability to protect American service members on the ground,” Sen. Mark Kelly (D-Ariz.), who represents the airmen and families assigned to A-10-heavy Davis-Monthan Air Force Base, told Task & Purpose in 2021.

“Removing A-10s from the fleet when there is not another aircraft capable of performing this mission takes a vital tool away from our military and is the wrong step for our national security.”

However, the U.S. military is currently preparing to fight China and Russia, which have much more advanced weaponry than the Taliban and Iraqi insurgents. It has also proved expensive for the Air Force to maintain the older A-10s: With its efforts to retire the A-10 fleet stymied by Congress, the Air Force has invested $880 million to keep the aircraft flying into the next decade.

The debate over whether to finally retire the A-10 has been particularly personal inside the Air Force. Maj. Gen. James Post III, then vice commander of Air Combat Command, was reprimanded in 2015 after telling airmen that efforts to block the service’s attempts to divest A-10s were tantamount to “treason.”

It is unclear whether Russia’s invasion of Ukraine, which has shown how vital a robust air defense is to protect against enemy airstrikes and missile attacks, may have shifted the position of some in Congress who were hesitant to allow the Air Force to retire A-10s.

The House has already passed the fiscal year 2023 NDAA which is expected to go to the Senate this week before eventually heading to President Joe Biden’s desk to be signed into law.

Retired Air Force Lt. Gen. David Deptula, dean of The Mitchell Institute, praised lawmakers for allowing the Air Force to finally divest some A-10s, which will allow the service to train more maintainers for the F-35 and other newer aircraft.

“The fact of the matter is that the A-10 has been a magnificent airplane in the over 50 years that it’s been around,” Deptula told Task & Purpose on Monday. “But, when you look at the decline in the force structure of the Air Force and the demands of our National Security Strategy to increasing threats that are opposed against the United States, we need to move on beyond the old capabilities that have been useful in permissive airspace but will not be very useful in contested airspace.”