"Defying gravity is hard, but not impossible." 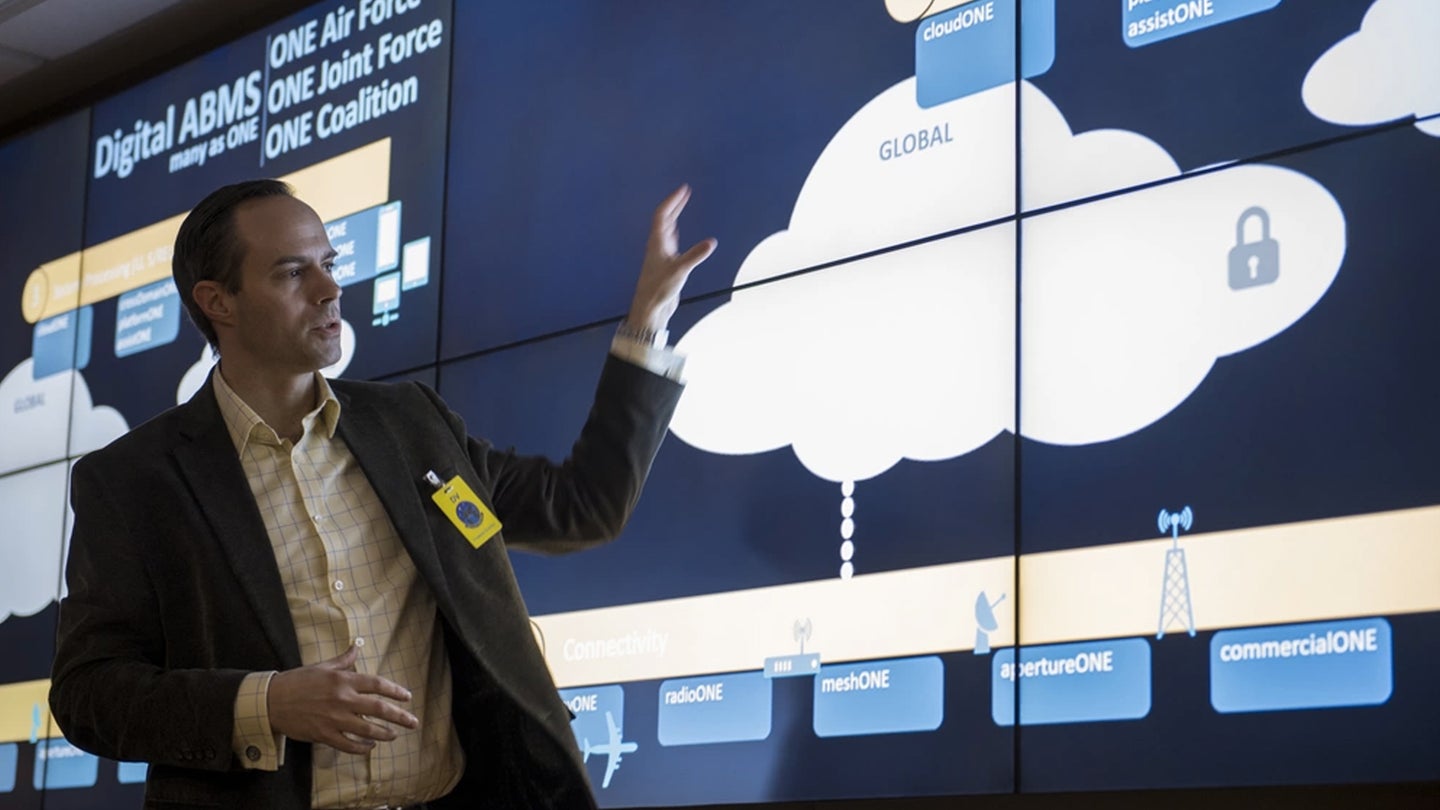 U.S. military development of new technologies for fighting China moves like a lazy boulder when it needs to run like a gazelle. At least, that’s the takeaway from one of the Air Force’s top technology experts, who wrote an 8-page memo on Monday to the defense community on how the military can regain its technological edge over adversaries.

“Defying gravity is hard, but not impossible,” wrote Preston Dunlap on LinkedIn, where he also announced his pending resignation as the Department of Defense’s first chief architect officer.

“Similarly, driving innovation and change in a large organization — let alone the largest organization on the planet, the Department of Defense — is hard, but not impossible,” Dunlap added.

Dunlap’s role as chief architect officer meant his job was to work with the Air Force, Space Force, Navy and Army to not only develop new technologies, but also do so “more rapidly and with the power of interoperability,” according to his biography. In plain English, that means soldiers, sailors and airmen should be able to quickly and seamlessly share information about the battlefield.

In particular, Dunlap worked on the Air Force’s Advanced Battle Management System and the Army’s Multi-Domain Operations, which are both efforts to increase the rate and speed at which the armed forces can share and act on critical information. Speed is key, because experts predict cyber warfare, hypersonic weapons, artificial intelligence and other new systems might make a possible war with China faster and longer-reaching than ever before.

The threat is real, but the Pentagon is not moving fast enough to overcome it, Dunlap argued.

“DoD suffers from an acquisition ‘blue screen of death’ that requires more of a repair of the proverbial DoD hard drive, not simply a rebooting,” he said. “Much more must be done if DoD is going to regrow its thinning technological edge.”

Dunlap is not the first to call out the cultural aversion to change found in the Air Force and in the military writ large. For example, while the F-16 fighter jet is a mainstay of the U.S. fighter fleet today, it started life in the late 1960s as an undercover “passion project” for a group of aerospace insiders led by the maverick Col. John Boyd, who had to keep their project secret for fear of being shut down by the Air Force brass.

Dunlap is also not the first to publicly call out the Pentagon for its lack of progress on essential steps to join the 21st century, technology-wise. In September, the Air Force’s first-ever Chief Software Officer announced his resignation because it was not worth fighting the entire bureaucracy of the Department of Defense just to get some basic information technology issues fixed. Then, in January, an artificial intelligence expert struck a nerve in military circles when he wrote a letter calling for the department to “fix our computers” already.

Unlike his predecessors, Dunlap left a detailed list of ways his predecessors can defeat the bureaucracy and bring innovation to the military. The “Four Key Steps” are shock the system; flip the acquisition script, just deliver already, and slay the valley of death and scale.

The first step, shock the system, involves bringing a Silicon Valley mindset and capability to the military. Many government officials see Silicon Valley as fast-moving, well-connected and adaptable, the opposite of the stove-piped, stagnant and gridlocked military-industrial-congressional complex. But adopting “a commercial approach, just like [the Silicon Valley aerospace company] SpaceX,” allowed Dunlap and his team to accomplish a number of “firsts” in U.S. military history, he wrote. These included shooting down a cruise missile with a ground-based hypervelocity projectile “in concert with 5G networks” and artificial intelligence; fixing an “embarrassing interoperability black eye” by finally getting the F-22 and F-35 fighter jet datalink systems to talk with each other; and developing an autonomous algorithm for tasking sensors in space, in the air and on the ground, Dunlap wrote.

Though the architect did not offer many specifics on how to shock the system in a stagnant bureaucracy, his next step, “flip the acquisition script” may help mix it up. This step involves many little steps, like leaning on commercial technology that’s already been developed rather than reinventing the wheel like the military is used to; making a better contract system that avoids wasting time and money on hundreds of siloed contracts; investing in ‘outcomes, not widgets;’ leveraging private and venture capital in new technologies; and making combatant commanders carry out large-scale experiments with them.

“If DoD adopts and scales this approach, watch and be amazed at what can happen,” Dunlap wrote.

The third step, just deliver already, involves breaking “the mold of the 10+ year acquisition horizon that gravity pulls everyone toward,” the official said. As an example, Dunlap pointed to the military’s response to the COVID-19 pandemic, where the old-fashioned method of relaying information by phone calls and PowerPoints was simply too slow. In fewer than 60 days, Dunlap and his team pushed U.S. Northern Command to use “software over-the-air” to aggregate data on new infections from both commercial and government agencies and track where new hotspots of infection might occur.

“Ultimately, we built perhaps the most comprehensive data environment in the country at the time,” he wrote, adding that it kept U.S. forces safe and enabled real-time reporting.

The last step, slay the valley of death and scale, refers to the “valley of death,” where promising new technologies often die on the vine because the military can’t get a contract to small companies before they run out of funding. Like with the rest of the steps, this one involves setting up the military so that its various tools, like the F-22 and F-35, can actually talk and share data with each other rather than be isolated in two different rooms without a walkie-talkie.

“Previously, there had been no … technical architecture nor technical plan for how platforms could and should work together as an integrated ecosystem” in the Air Force, Dunlap wrote. “I found that absence scary. After all, we certainly don’t want to wait until we’re in combat to find out how things work together when it’s too late.”

Making the military open and interoperable will enable “scale and efficiency” because the entire military will be able to buy into new technologies rather than just specific branches or even weapons programs. Dunlap said his push for interoperability helped foster investment in space, the next Air Force fighter program, the advanced battle management system, and other systems the military needs.

“I believe if DoD gets this one wrong and loses the heart of America’s booming innovation base, it will result in some of the most devastating strategic consequences we’ve seen in a long time,” he wrote.