It’s the latest use of the military to help fill in staffing shortages. 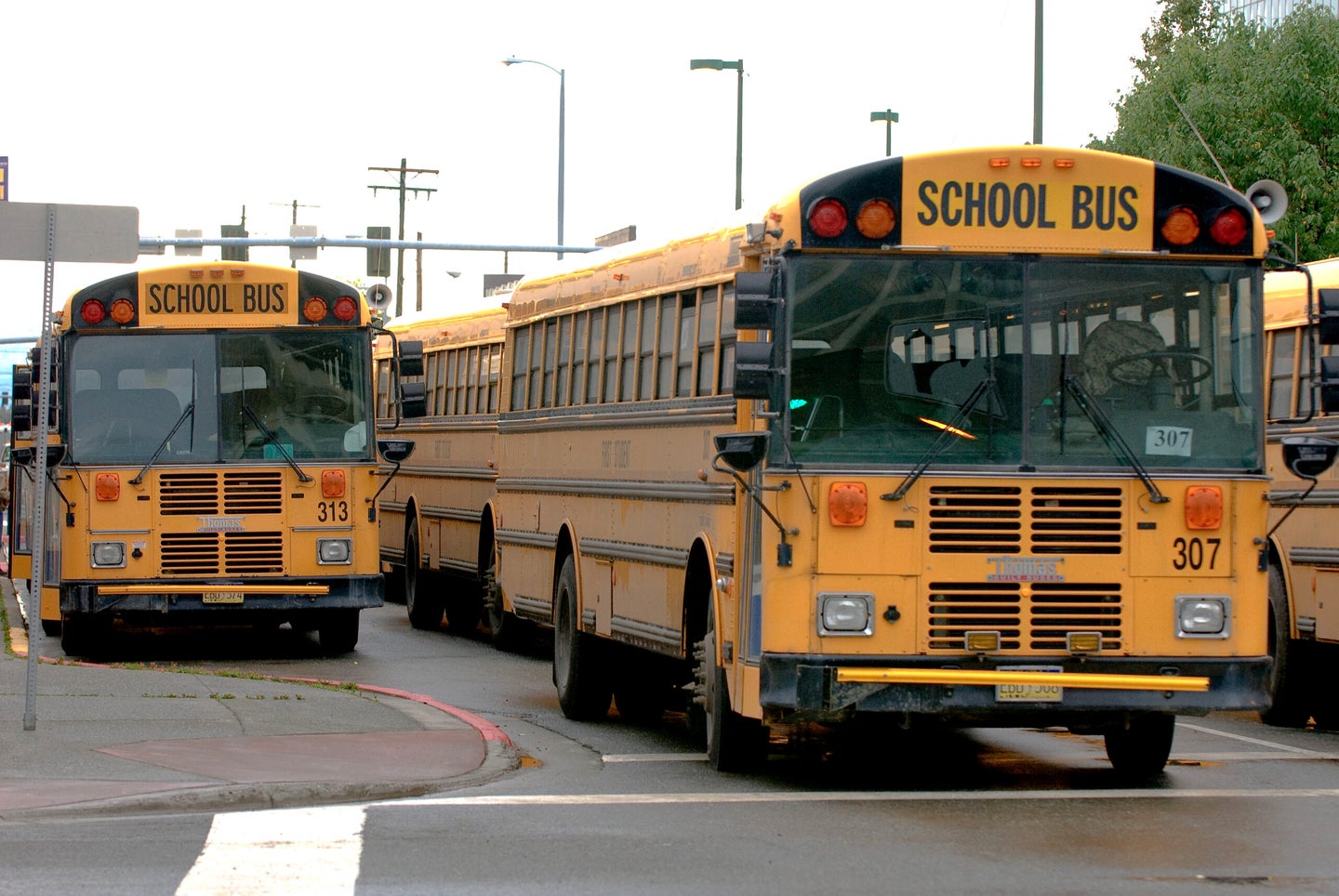 Airmen in Alaska have a new, vital daily mission: driving students to and from school.

Military personnel in Alaska usually make news for venturing out into the rugged Alaska wilderness to rescue stranded or lost travelers, but this time they’re swapping out helicopters for yellow school buses. The Anchorage School District announced on Friday, Aug. 26 that starting on Sept. 1, four members of the 673rd Logistics Readiness Squadron will be helping out due to a shortage of bus drivers with the district.

“We are on track to be fully staffed between now and October with these current trends and developments. However, we are still in need of bus driver applicants,” Anchorage School District Superintendent Jharrett Bryantt wrote in a letter to parents obtained by Alaska’s News Source.

The Air Force’s involvement is a big change from earlier in this month. When the school year started this month, the school district had to cut some bus routes due to the shortage. It had contacted the National Guard to see if its members could help fill in the gaps, but there was a legal catch.

The National Guard had previously told the district that it could not help due to Alaska Statute 26.05.070, saying that the statute “does not permit the activation of National Guard members for this purpose.” However apparently the Air Force can, given this update.

The four drivers are currently being trained to operate the buses. Once trained, the 673rd Air Base Wing announced, four more airmen could be assigned to the operation. The drivers themselves will only be servicing routes to two elementary schools on the base itself, rather than other routes in the Anchorage area.

The 673rd Logistics Readiness Squadron, stationed out of Joint Base Elmendorf-Richardson, handles the base’s vehicles and repairs on weapons and other gear on the premises.

“This partnership shows our shared interests in meeting the needs of our families and the students,” Col. Dave Wilson, 673d Air Base Wing commander said in a statement. “This is about more than readiness – this signifies our commitment to being good neighbors with the city of Anchorage and helping one another through this challenging time.”

The U.S. military often fulfills a number of duties outside of combat; beyond the air rescues in Alaska, members have helped save people during flooding in the Midwest, and the National Guard has helped with staffing in medical centers during the ongoing COVID-19 pandemic. But labor shortages around the country has led to state governments fielding the National Guard in unusual roles. Most recently, West Virginia Gov. Jim Justice issued an order for members of that state’s National Guard to help staff prisons.

The agreement between the Air Force and the school district is set to last 90 days, but can end earlier if more civilian drivers are hired and certified before that period is up.