Another midshipman at the Naval Academy has died

It’s the second death of an academy student this summer. 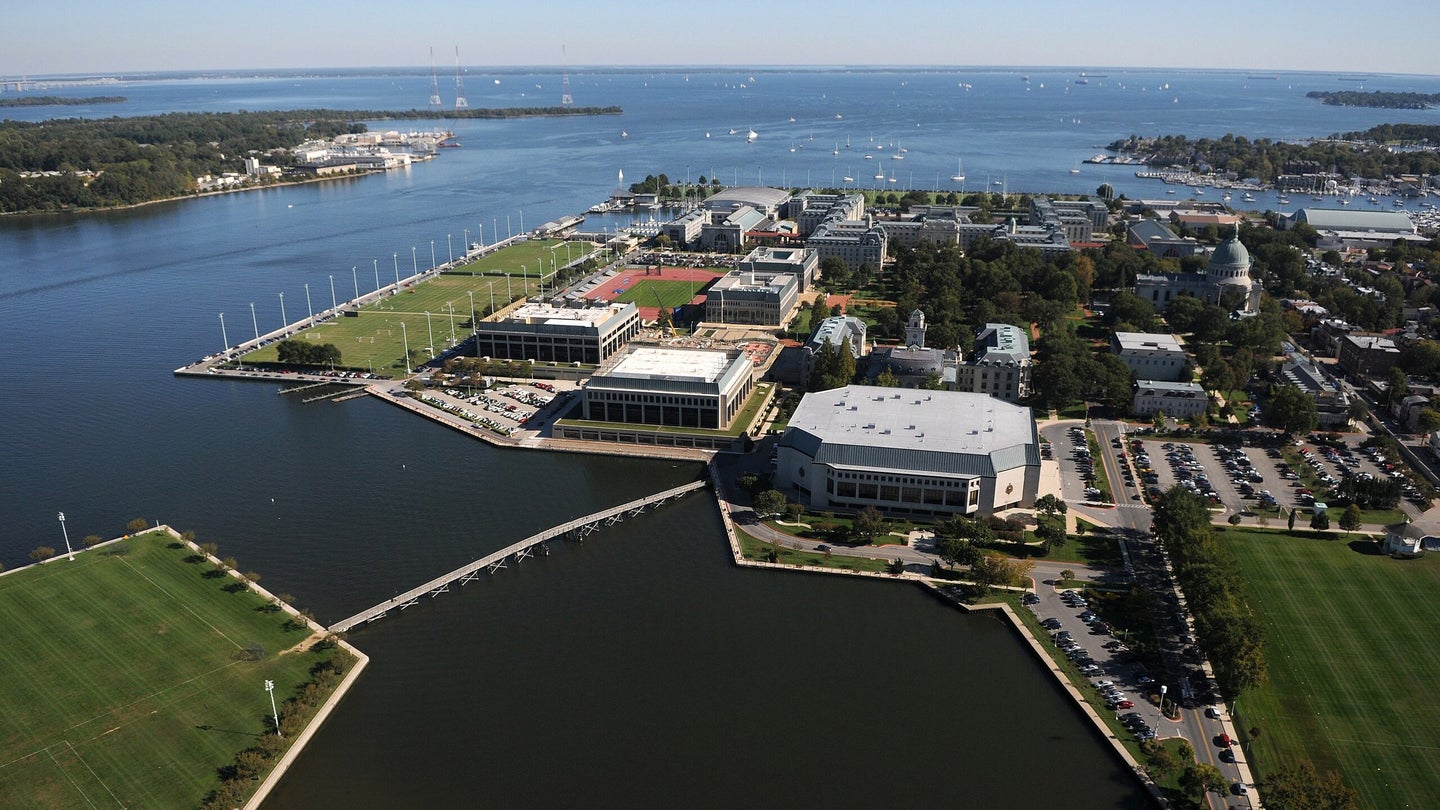 The United States Naval Academy announced that a midshipman at the school was confirmed as dead this morning. The academy said it does not suspect foul play in the death, but gave no further details.

The identity of the midshipman was not given; policy calls for waiting a full 24 hours after notifying the next of kin.

“The Naval Academy is supporting the midshipman’s family, friends, and loved ones during this time of grief,” the academy at Annapolis, MD said in its statement on the death. “Counseling services and support are available to midshipmen, faculty, and staff through chains of command, our chaplains, and the Midshipmen Development Center.”

Today’s news marks the second death of a USNA student in the last two months. On June 7, Midshipman 1st Class Taylor Connors died while on leave in Philadelphia. Foul play was also ruled out in Connors’ death, although it is still being investigated.

In the active naval service, there have been several deaths over the last year. This past Sunday, a sailor died aboard the USS Carl Vinson. There were multiple deaths aboard the USS George Washington, including at least one confirmed suicide. A Navy SEAL trainee, Seaman Kyle Mullen, died in February following completion of the “Hell Week” portion of training. Other incidents included a fatal crash of an F-18 in California.

This is a developing story and will be updated with additional information.