“That’s a jagged pill to try to swallow, to think of yourself as being somebody who’s toxic.” 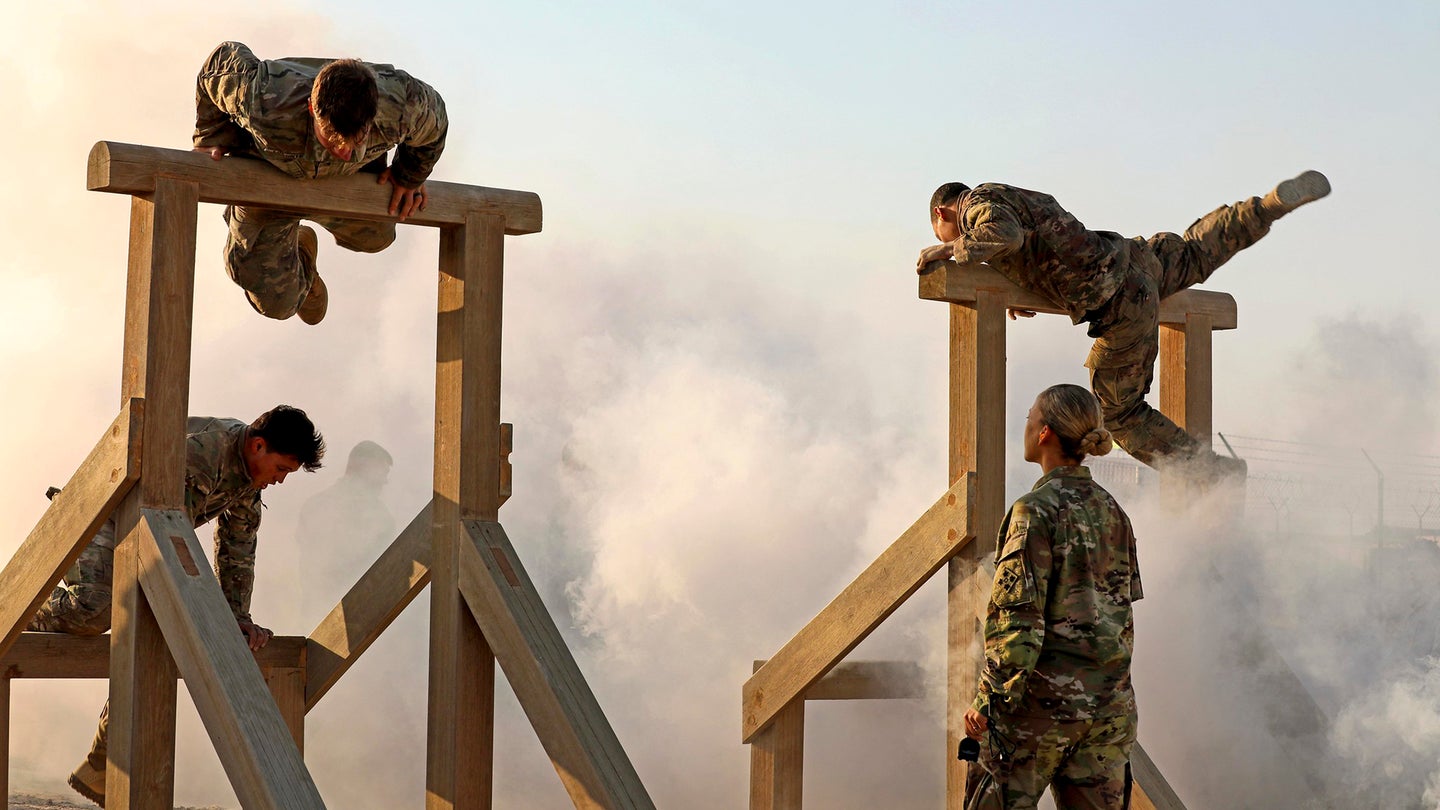 When Lt. Col. Audrey Hurdle learned she wouldn’t be taking command of a battalion, a unit composed of 1,000 soldiers, she was crushed.

Hurdle, who currently serves in the Joint Civil Affairs Proponent at U.S. Special Operations Command, had just gone through the Army’s Battalion Commander Assessment Program in October 2020. And while she learned that she’d been deemed unready for command, she didn’t know exactly why — the candidates weren’t given specifics about the findings of the panel judging them. But she knew there were typically only two reasons someone is found not ready for command: failing the physical fitness test, or having “toxic leadership.” And Hurdle knew she didn’t have a problem with her fitness scores.

“To hear that word ‘toxic,’ and to try to relate it to yourself, was incredibly difficult,” she said. “That’s a jagged pill to try to swallow, to think of yourself as being somebody who’s toxic.”

Where some people may have heard those words and ignored them, or refused to see their own shortcomings, Hurdle said she took it as an opportunity to grow. It set her on a one-year journey of difficult self-reflection and personal growth. She was determined to become a better leader and be approved for command.

The Army’s Battalion Commander Assessment Program, which was announced in 2019, puts officers in the hot seat in a way they weren’t previously. In the past, lieutenant colonels who took command were chosen by a board who reviewed their personnel files. Now, to take command, officers undergo things like cognitive assessments, interviews with a behavioral psychologist, and written and verbal communication tests. The board determining which people are approved for command also considers reports from the officer’s subordinates and peers.

In 2020, Army Chief of Staff Gen. James McConville, ever the New England sports fan, likened the five-day assessment process to the National Football League Combine. There are people coming in from all over, he said — perhaps someone who has “a great history,” and someone “coming from some state school that nobody’s heard of.”

“But when they get on the field here, and they go through the process, there’s an evening out that happens,” McConville said. “We know the knowledge and skills and behaviors that we want in our battalion commanders. And they go through a rigorous process that demonstrates whether they have those or not.”

In Hurdle’s case, she believes one of the most important parts of her assessment came from her peer and subordinate reviews. While dozens of requests are sent out to people that the candidates have served with, she said that typically around 18 to 30 responses are submitted for the assessment. After hearing she didn’t make the cut, Hurdle thought back on her conversation with the psychologist and her blind panel interview — she realized many of the questions had pointed to a similar issue.

“My peers — and enough of them — told them something that threw up a red flag, about maybe my past behaviors,” she said. “And so I really had to sit back and I had to think about, what could those behaviors have been, and what can I do to make them better?”

She realized that the problem was likely the way she communicated. She thought about what the Army looked like when she was commissioned in 2001 as a field artillery officer. And as a woman surrounded by mostly men, she said she felt she “had to be what I thought was assertive, but maybe it came across as aggressive.” She thought about times she’d had disagreements with someone in the workplace — in her mind, when the disagreement was resolved, she believed “everything was okay” and it “wasn’t personal.”

But the more she reflected on her career the more she realized that it hadn’t been the same for people on the other end of the disagreement, and it wasn’t “the way people were seeing me.”

She started talking with her family first — she knew she’d get an honest answer from her husband, sister, and mother, even if it wasn’t necessarily what she wanted to hear. She then reached out to peers and mentors that she trusted. The coach the Army provided her after her assessment also recommended she start reading “Language and the Pursuit of Leadership Excellence,” by Chalmers Brothers and Vinay Kumar. It taught her that communication isn’t just about “how you get your point across, but it’s how your point is received by other people,” she said.

“I’ve read through it a couple of times, underlining things, like is this me? Do I do this?” she said, adding it’s been a “continuous” process of learning and reflecting.

She “started to learn to take into consideration not only how I give information, or how I communicate with people, but also just how they might interpret it.” She also learned that her leadership style was more focused on knocking tasks out one by one, and that there may have been occasions where “I had a great opportunity to develop a noncommissioned officer, and I didn’t.”

It became an intentional effort every day, focusing on how she was communicating and using the new tips she’d learned. She said that despite her successful career up to that point, which includes five combat deployments, she knew she suffered from imposter syndrome, feeling that despite her hard work she still wasn’t deserving of “the seat at the table that I had.”

That wasn’t the case a year after her first time through the assessment. While she was nervous about her second attempt, she realized that “the absolute worst thing that could happen, already happened.” And In October 2021, Hurdle went back for round two.

She had more confidence in herself as a leader; she’d worked on things she knew she needed to improve, and she noticed that the questions she was being asked were different. She didn’t notice a theme in the questions from the psychologist or the panel of judges, like she did the first time. This month she was told that she’d made the command list as an alternate, meaning if someone chosen to take command in 2023 no longer can, she’d be on the list to take their place.

Despite the challenges she faced during the assessment, Hurdle said she’s confident that the way the Army is doing things now will only improve the force. And she doesn’t see how there’s any opportunity to “game the system” the second time through, which is a criticism she said she’s heard.

“You are your only competition at BCAP,” she said. “I absolutely believe in the process, I believe it’s fair … And I do believe that as time goes on, we’ll see that there will be a marked difference in the leadership we put before our junior soldiers.”