What it takes to earn the title ‘Best Ranger,’ according to the first officer to ever do so 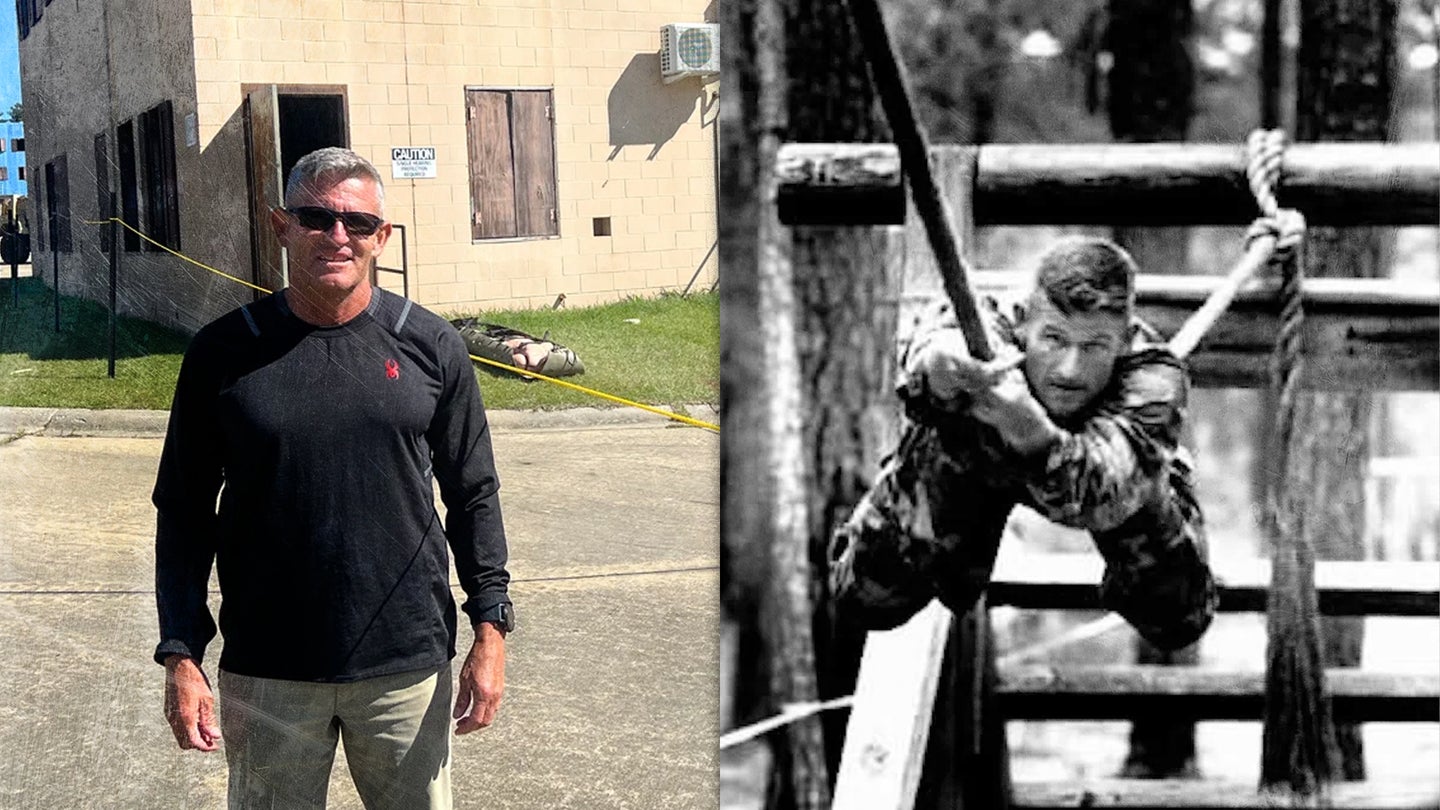 The Best Ranger Competition at Fort Benning, Georgia, is where it all began for Blain Reeves.

The competition is an intense three-day challenge, meant to push the Army’s best to their physical and mental limits. Reeves, who retired as a lieutenant colonel in 2008, won the Best Ranger Competition in 1993 as a captain alongside his partner, Staff. Sgt. Erik Wilson. He was the first officer to ever win the competition, and has gone on to seek out other intense competitions like it. But on the morning of April 8, the first day of this year’s competition at Fort Benning, Reeves was merely an observer, watching soldiers push themselves to the limit on an urban assault course.

Throughout the three-day challenge, the soldiers barely had time to rest as they worked through shooting drills, physical exercises, ruck marches, land navigation events, and various obstacle courses. For first-time competitors it was a challenge unlike anything they’d done in training. For Reeves, it was all too familiar.

His first time through the competition in 1992, he came in fifth. He was a Ranger instructor at the time, despite swearing up and down that he would never step foot back at Ranger School after completing it himself.

“I even have it in my little notebook that I carried the whole time, it says: ‘I will never come back to Ranger School again! Ever! I hate this!’ I could not put enough expletives on my paper,” Reeves told Task & Purpose, laughing. “I ran out of paper, it was that bad. I was just so not happy. And sure as shit if it wasn’t the highlight of my military career working here.”

Reeves commissioned into the Army in 1987 before serving a rotation in Korea and coming to Fort Benning where he was assigned to a basic training battalion. It wasn’t what he wanted to do, so his leadership told him to stick it out for a year and they’d send him anywhere he wanted to go at Benning. In late 1991, they did just that.

“I said, ‘I want to go to the Ranger Training Brigade.’ They said okay, and that was it,” he said.

He was serving as a company executive officer for the 4th Ranger Training Battalion when he first heard of the Best Ranger Competition. He decided to give it a try after asking what it entailed — “That’s back when I was smart,” he joked. To prepare, Reeves immediately started training with a “crusty old staff sergeant” who’d competed multiple times already.

“He was just a legend in the competition back then, he’d done like two or three of them already,” Reeves said. “So we’re like wow, a Ranger god, this guy knows everything. So we kind of fell under his tutelage and listened, soaked it all in, at training just trained hard and did everything exactly like he said.”

That staff sergeant “ran us hard,” Reeves said. He drilled into the competitors the importance of being detail oriented, dissecting a problem and working through it, getting faster and better at solving them. And, of course, maintaining their fitness.

“The fitness piece, if you don’t have the fitness it doesn’t matter,” he said. “You have to be fit enough and fresh enough so that way when you get to it, you’re still mentally capable.”

Mental toughness is a key component of the Best Ranger Competition, not just because of how difficult the tasks are but how long the days are, and how exhausted competitors can feel after even just one day. Reeves recalled the night land navigation event, during which he and his teammate had to work through checkpoints before getting to the finish line. They had to decide at one point whether or not they were going to risk it and go for a checkpoint that was far away from them but would give them more points, while also chancing that they wouldn’t finish on time if they did.

They essentially had to bet on whether other teams would make the same choice — could they risk not getting those extra points and finishing the race, betting that other teams wouldn’t get the points either?

While that may have pushed them to their limit, the event that stands out the most to Reeves, and the one that pushed him far past the limit, was the infamous Darby Queen. The Darby Queen is a grueling obstacle course included in the Best Ranger Competition. It has competitors running up- and down-hill, climbing obstacles and balancing on ropes. But the one that haunts Reeves’ nightmares is the weaver, a wooden obstacle on which soldiers “weave” their way over and under bars up to the structure’s peak, before weaving over and under bars on the way down.

During the 2022 Best Ranger Competition, the Darby Queen took place on day one of the competition. But when Reeves did it, it was on day three, after everything else.

“I don’t know if I was ‘best’ anything,” Reeves said, recalling how he felt on the weaver. “I was covering up a shit show underneath, that’s for sure.”

Despite the memories of the weaver, Reeves was one of many veterans who were back at Benning watching the competition. It’s not surprising; there’s just something about Rangers, Reeves said. The community is full of “all good people” who are “just salt-of-the-earth.”

Indeed, another Ranger veteran, William “Flip” Filipkowski, who retired as a sergeant major and competed in Best Ranger four times, was watching the soldiers run through the Army Combat Fitness Test alongside his son Daniel and granddaughter, Sophia. Filipkowski was 17 years old when he came into the Army, he said, and went straight from basic training to Ranger School. He quickly learned just how far he could push himself.

And as wild as that experience was, after the competition in 1993 Reeves said he decided to go out on top and didn’t compete in Best Ranger again. But he caught the bug for competitions and hasn’t slowed down since.

He regularly does races around the country, and he’s competed in the Eco Challenge — which is branded as the “world’s toughest race” — four times. Through his work with Project Athena Foundation he does various hikes and excursions, including a trek along the coast of California, and a more intense hike from one end of the Grand Canyon to the other, and back again. He’s also done the Florida Keys to Recovery, a three-day kayak and cycling “adventure” from Key Largo to Key West.

His biography page on the Project Athena website says he has done hundreds of triathlons and duathlons since 1982, and has been named the champion of multiple cycling competitions. In April he was training for a 30 kilometer ruck-run, which is 18.3 miles, with a 25-pound pack. The day he spoke to Task & Purpose, he was taking a day off. But the next morning he was planning to get back to training.

He’s always on the move, and he ties all of it back to his time in the Best Ranger Competition, which he said started a “whole cycle of poor life decisions” of choosing to compete and race constantly. What he learned through Best Ranger, and has continued to learn in challenges since, is that if you want it badly enough, you’ll find a way to push through.

“If you’re interested in it and you dig into it and it’s something you want to do,” he said, “there’s nothing that can keep you from doing it.”