“CCruz was more like a son to me rather than just a dog.” 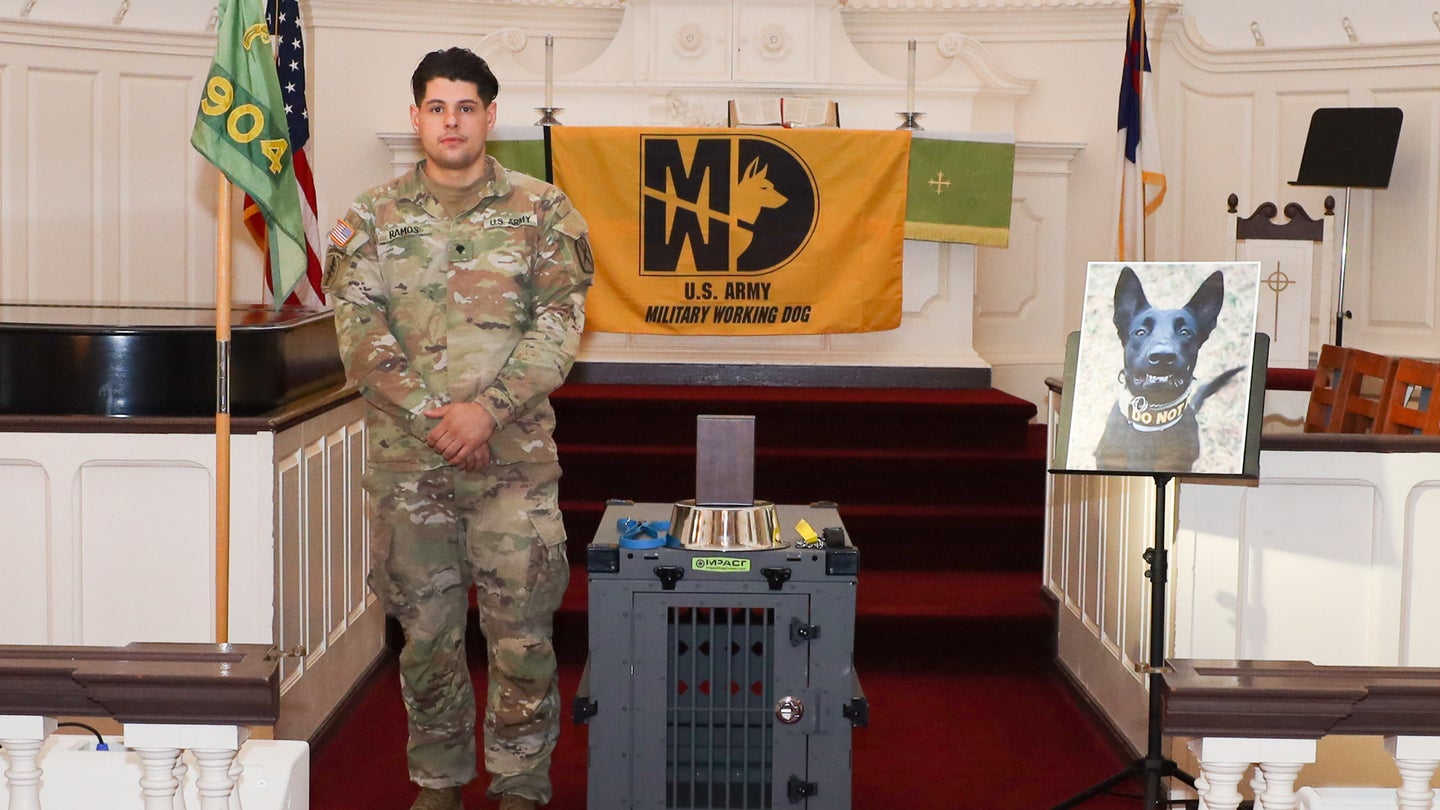 CCruz, a 5-year-old Belgian Malinois, was assigned to the 904th Military Working Dog Detachment at Fort Benning. He was on a mission in New York in support of the United Nations General Assembly last month with his handler Spc. Austin Ramos when it was “discovered that he had terminal widespread cancer which would have resulted in prolonged suffering,” according to a press release from Fort Benning.

“For the better part of five years, CCruz was more like a son to me rather than just a dog,” Ramos said in the release. “He served as my protector while deployed and my best friend while stateside. Words can’t describe the love I will always have for this dog.”

Task & Purpose met CCruz and Ramos in April this year as they worked an event at the International Sniper Competition at Fort Benning. Ramos gushed over CCruz, who Task & Purpose confirmed was a very good boy, and whose face Ramos had tattooed onto his arm.

CCruz, a fourth-generation military working dog, came from the “puppy program” at Lackland Air Force Base, Texas, which Fort Benning said produces “some of the most prestigious Military Working Dogs.” He was certified as a Patrol Explosive Detector Dog-Enhanced, and in 2018, he graduated from the training program at Lackland and was assigned to Ramos, who was with him ever since. He trained his entire life as an explosive detection dog and served on a deployment to Afghanistan with special operations where the Fort Benning release says he saved the lives of multiple soldiers after detecting two improvised explosive devices.

“His significant actions prevented serious harm, injury or death and protected his handler and the [Special Forces] teams they were with,” the Fort Benning release said.

Following his time in Afghanistan, CCruz and Ramos were chosen to support 22 U.S. Secret Service missions “in the protection of the President of the United States and his dignitaries,” the release said.

CCruz “was always ready to work and play for his handler,” the Fort Benning release said, “and will be missed by all who knew him.”

Thousands of military working dogs have served as critical members of the fight during the Global War on Terror as they helped identify explosives before troops were injured, protect service members on deployments, track targets, and assist in search and rescue. Service members have often reflected on the unbreakable bond they formed with their working dogs — not just their handlers, but the units the dogs worked in as well, as the dogs often gave troops moments of levity in an otherwise dangerous and stressful situation.