It was supposed to be a 'down day.' 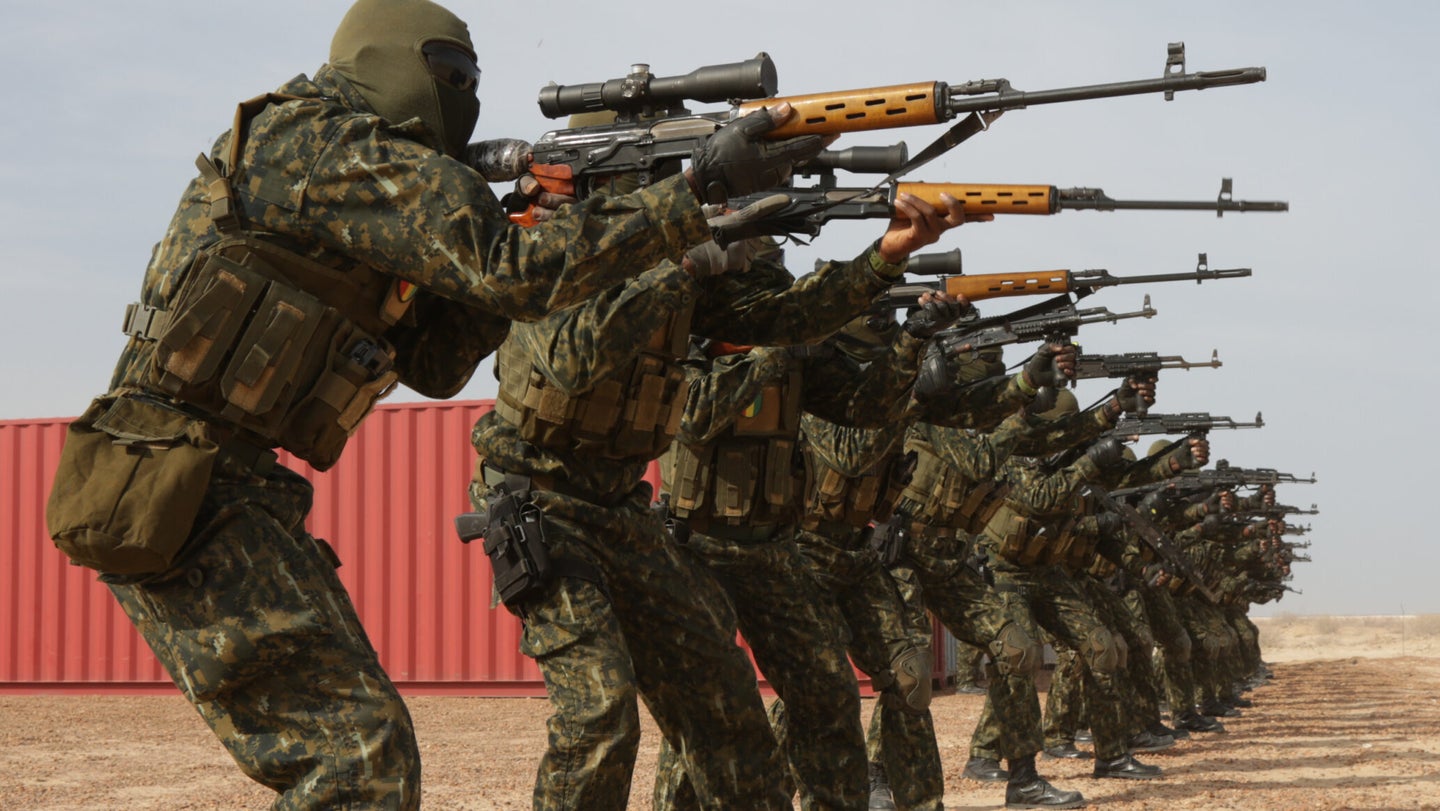 The Defense Department has suspended military assistance to the African country of Guinea after Guinean special operations forces used their day off from being trained by American Green Berets to overthrow their government.

No U.S. forces were involved in the Sept. 5 coup in Guinea, Pentagon spokesman John Kirby told reporters on Monday.

“We obviously share the U.S. government’s condemnation of this coup in Guinea,” Kirby said at a Pentagon news briefing. “We’re carefully reviewing the situation on the ground for any potential impacts on our military assistance. Until that review is complete, there’s going to be no further training or support to the Guinean armed forces.”

During the month-and-a-half that Special Forces trained the Guineans, U.S. troops met with Guinean Col. Mamady Doumbouya, who is now the self-appointed ruler of Guinea after his forces deposed former leader Alpha Condé, Azari said.

When asked how roughly 100 Guinean special operators could have left their base and made the four-hour drive to the country’s capital without the Special Forces team knowing anything about it, Azari explained: “Sept. 5 was considered a down day for both forces.”

It is possible that the Guineans left while the Special Forces team that was instructing them was asleep, Declan Walsh and Eric Schmitt of the New York Times reported.

“And although numerous U.S.-trained officers have seized power in their countries — most notably, Gen. Abdel Fattah el-Sisi of Egypt — this is believed to be the first time one has done so in the middle of an American military course,” the Times reported.

Kirby did not answer directly when he was asked on Monday whether the Green Berets were in fact sleeping whilst the Guinean troops whom they were training headed off to storm the presidential palace.

“I think I’m just going to leave my answer the way I did,” Kirby said.

Once the Special Forces team realized what the Guineans were up to on their down day, they drove straight to the U.S. embassy in the country’s capital, according to the Times.

A video posted on Twitter showed two vehicles with the Special Forces team driving through a crowd of ecstatic Guineans, one of whom repeatedly yells “liberté!” and “les Americains!”

One of the American soldiers can be seen in the video shaking hands with the adoring Guineans. He also appears to be taking a video of the scene with his cell phone.

The person who tweeted the video asked if the U.S. troops were part of the coup.

However, John Vandiver of Stars and Stripes first reported that the Green Berets were being escorted by Guinean security forces through the streets of the country’s capital as they were enroute to the American embassy.

“The military seizure of power is inconsistent with U.S. military training and education,” Kirby said.