Here’s Episode 1 Of Our New Podcast On Bowe Bergdahl 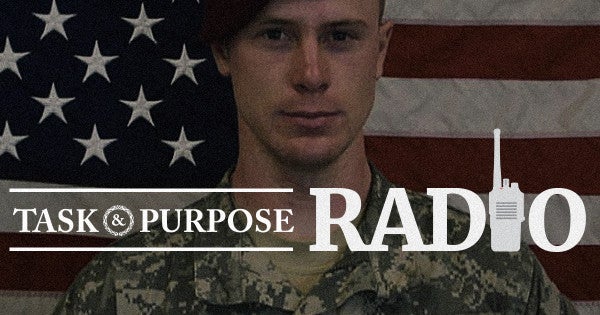 Task & Purpose is excited to present episode one, “Bergdahl’s Perception of Reality” — our new weekly podcast series discussing Serial, season two’s focus on Bowe Bergdahl, and the latest news around the case.

Task & Purpose’s managing editor Lauren Katzenberg gives you a rundown with co-hosts James Weirick, a former judge advocate in the Marine Corps, and Nate Bethea, who was an officer in Bergdahl’s battalion in Afghanistan.

In episode one, Weirick and Nate weigh in on Bergdahl’s motivations for launching the DUSTWUN in June 2009 when he walked off base in Paktika province, Afghanistan. We also discuss how the team behind the viral podcast Serial decided to focus on Bergdahl for season two and its implications for the case.

Finally, what does it mean when the only person with access to Bergdahl is “The Hurt Locker” screenwriter Mark Boal?

Download episode one, “Bergdahl’s Perception of Reality,” on iTunes. Make sure you subscribe so you never miss an episode and let us know know what you think

Listen to the podcast on Soundcloud below. You can also access it on iTunes here.