"We don't comment or confirm details to ongoing investigations so that's all we can say at this point," said NCIS spokesman Jeff Houston. "There have been no arrests or charges filed so far." 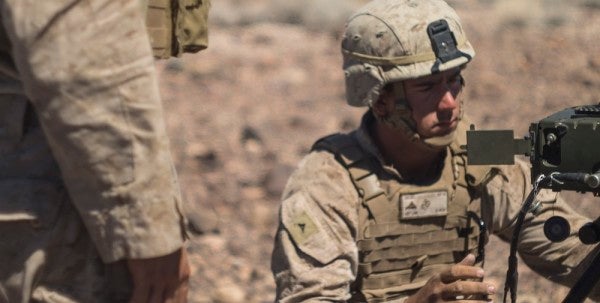 Investigators are looking into the death of Marine Sgt. Derek Diesel, who was killed by a gunshot to the head on Aug. 18 while he was serving as an armed sentry at Naval Submarine Base Kings Bay, Georgia, military officials confirmed.

Marine Corps Times reporter Philip Athey first reported on Diesel's death, which was not announced by the Marine Corps. The Naval Safety Center recently listed the Aug. 18 incident in its statistics of ground mishaps without including Diesel's name.

No information about the circumstances of Diesel's death was immediately available.

“We don't comment or confirm details to ongoing investigations so that's all we can say at this point,” Houston told Task & Purpose. “There have been no arrests or charges filed so far.”

Diesel joined the Marine Corps in May 2014 and served as a Mortarman, according to Manpower & Reserve Affairs. He was promoted to sergeant in November 2017.