Decorated Marine Raider breaks down what went wrong in Afghanistan. 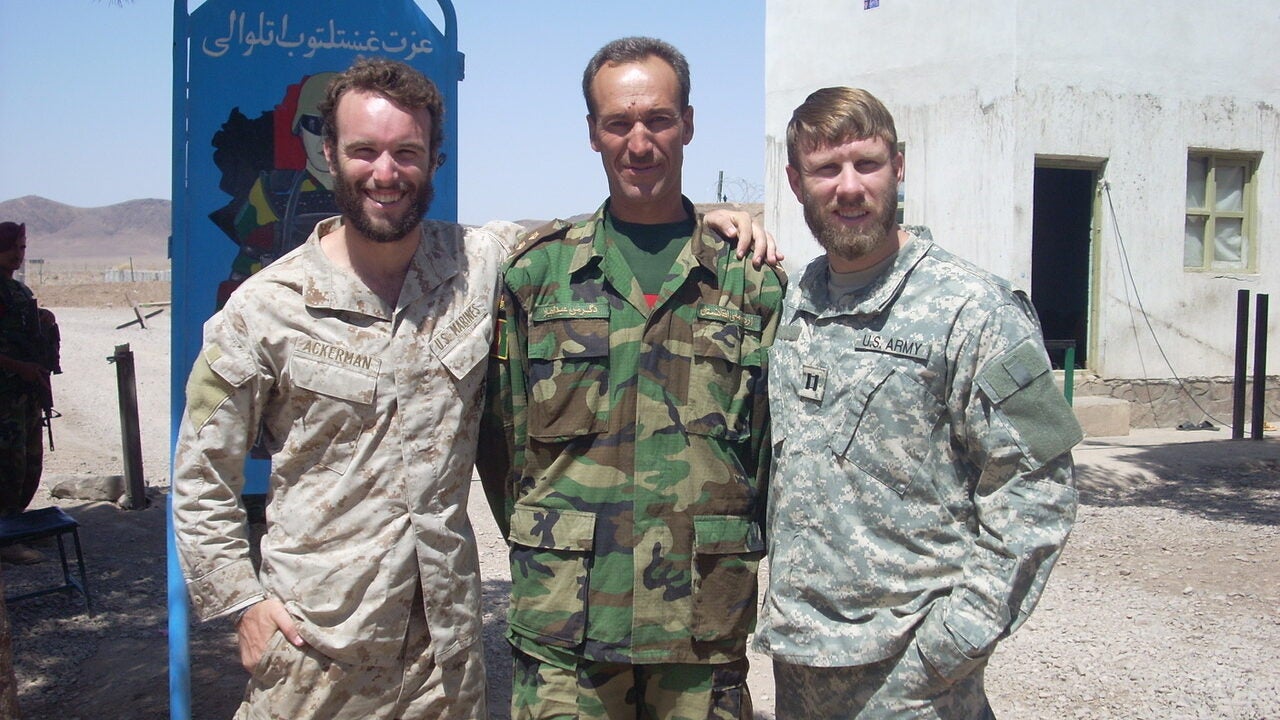 Elliot Ackerman is a former Marine Raider, CIA tactical officer, combat veteran of Iraq and Afghanistan, recipient of the Bronze Star and Silver Star Medals, and author of eight books. His latest book, The Fifth Act, chronicles his coordinated attempts to get the people he knew and worked with out of Afghanistan as the Taliban seized control of Kabul in August of 2021. The following is an interview we did with him:

T&P: You’ve just published your eighth book in seven years. Are you trying to set some kind of world record?

No, I just write at the pace that I write and there’s a lot happening in the world.

T&P: Do you think the American/NATO war in Afghanistan was doomed from the start, or do you think things could have gone differently if, perhaps, the United States had not invaded Iraq?

Ackerman: It depends on how you define victory, and this depends on the stories we tell ourselves about war. The Second World War has long served as a way to frame our expectations: We still expect to be the good guys; we expect there to be a beginning, a middle, and an end; and we expect that the war is over when the troops come home. But that final expectation — that a war is over only when all the troops come home — has never really held true. Not in the Second World War and not today.

We currently have around 2,500 troops in Iraq, another 1,000 in Syria. Neither of those countries is at peace; our troops there continue to draw “eminent danger pay.” Yet a month after the withdrawal from Afghanistan, in a speech at the United Nations, President Biden said, “For the first time in twenty years the United States is not at war.”

Of the many reasons we failed in Afghanistan, chief among them was that we never understood what winning meant. It wouldn’t have mattered what year we left — from 2001 to 2021 — because in any year we couldn’t agree on what victory even looked like. And so we lost. And with regards to Iraq, running off to fight an entirely different war when the first one hadn’t been “won” pulled resources from Afghanistan at a critical time.

Ackerman: The Afghan leadership certainly shoulders much of the blame. Endemic corruption and dysfunction attended the Afghan war from its inception, both on the Afghan and American side. In many respects our dysfunctionality mirrored one another’s. Too many Afghans used the war to get rich, to secure lucrative government contracts or to gain positions of prominence within Afghan society. The same could also be said on the American side. Often it seemed as though we were fighting the war for every imaginable reason — from counter-terrorism, to women’s rights, to geopolitics — except for the winning of the war itself. There’s plenty of blame to go around for how things ended in Afghanistan.

T&P: Do you think the reimplantation of a military draft might prevent the United States from engaging in long, drawn-out, costly wars?

Ackerman: I do, and it’s something I’ve written about pretty extensively. I am for a draft, though a limited one, that would keep the number of conscripts in the U.S. military as a small fraction, but one that would make military service something every American would have to contend with as their children came of age.

The war in Afghanistan — as well as the broader War on Terror — have been fought by a narrow and increasingly isolated segment of American society. Gone is the age of the citizen soldier. We live in the age of a professional soldiering class, one that is increasingly segregated from the citizens it serves. From Caesar’s Rome to Napoleon’s France, the combination of a large standing military and dysfunctional domestic politics doesn’t bode well for democracy. The U.S. military remains one of the most trusted institutions in America. This is because it is one of the few remaining institutions without an overt political bias. However, this might not last. At the end of the war in Afghanistan, we saw enraged officers like Marine Lieutenant Colonel Stuart Scheller openly speaking out against the administration. The politicization of the U.S. military — whether on the left or on the right — is a trend America can ill-afford.

T&P: Do you think Afghanistan will finally experience long-term peace under the Taliban, albeit with the imposition of strict laws, especially concerning women and girls?

Ackerman: People have, from time to time, asked me the difference between serving in Afghanistan and Iraq. In Iraq, the war had only been going on for a few years. The conflict was a disruption to the status quo. Most Iraqi civilians desperately wondered when peace would return and they might resume their normal lives. This wasn’t the case in Afghanistan. When I served there, the average life expectancy for an Afghan was around 60 years old. This meant the generation dying off were young adults when the Soviet Union invaded in 1979, while more than half of the population hadn’t even been born. For Afghans who remembered peace, it was a dim memory, and for most Afghans there was no memory of peace at all. For most Afghans peace was not about returning to a condition that once was—for them peace was an act of imagination.

The Taliban are now trying to imagine that peace. For them, it’s one where girls don’t go to school and a strict, repressive form of Islam is enforced throughout the country. Those conditions don’t typically breed peace.

T&P: Is there any advice you would give to a young 2nd Lt. Ackerman, if you could?

Ackerman: Every war I’ve arrived at — whether as a soldier or a journalist — I’ve always felt as though I arrived late. I first deployed to Iraq in 2004, a year after the invasion. I felt I was late. I first came to Afghanistan in 2008, seven years after that war began, and similarly felt as though I’d arrived late. Today, if you tell someone you were in Iraq or Afghanistan in 2004 or 2008, it’s like telling someone you were in Vietnam in 1965. The point is, you never know where you’re at in the cycle of a conflict and it doesn’t really matter. Don’t be in such a rush. War has a way of finding you. It’s like the old saying, “You hang around a barbershop long enough, you get a haircut.”

You can pick up a copy of The Fifth Act and Elliot’s other books here.