"A possible suspect, a U.S. [service member], has been identified." 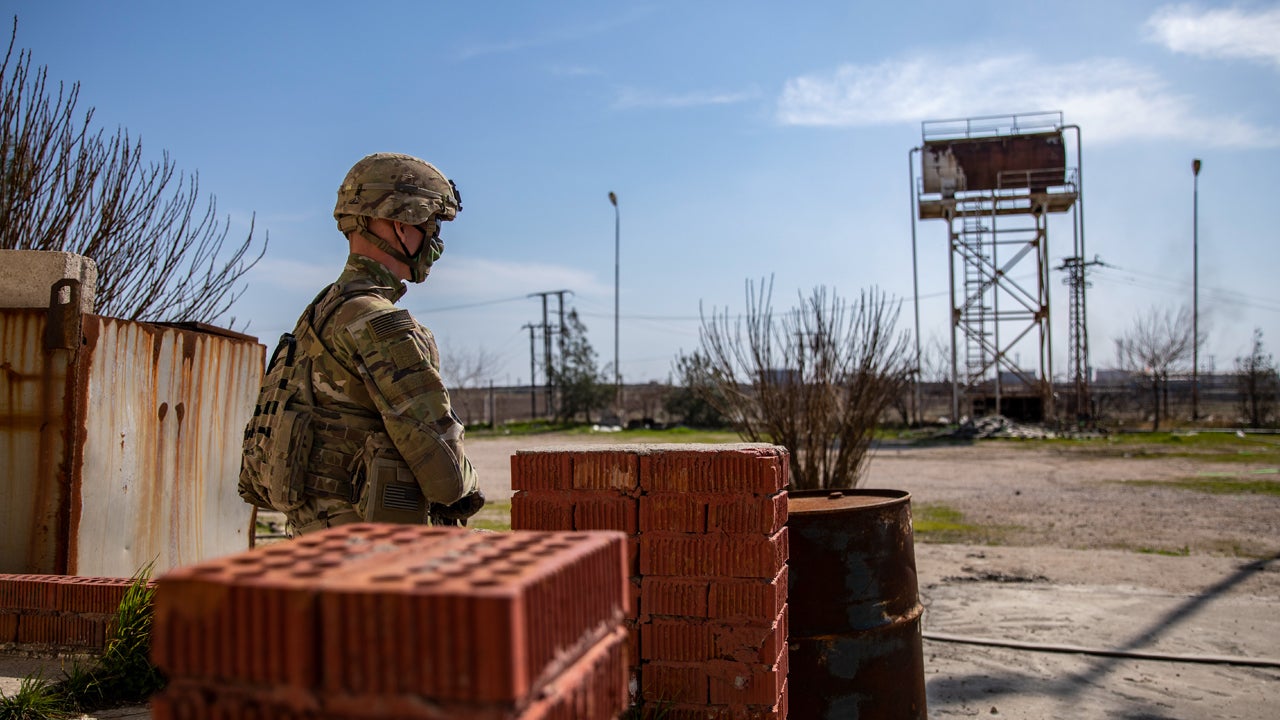 A U.S. service member is under investigation by the military for allegedly carrying out an insider attack at an American base in Syria that injured four troops in April.

The investigation, first reported by CNN, is being conducted by the Army’s Criminal Investigation Division and the Air Force Office of Special Investigations, a CID spokesman said in a statement. The statement says a “possible suspect, a U.S. [service member], has been identified.” The service member in question is back in the U.S.

An update to the statement came a week later, with officials clarifying that the explosions “were not the result of indirect fire but rather the deliberate placement of explosive charges … at an ammunition holding area and shower facility.” According to CNN, the explosions on April 7 occurred “in the middle of the night,” and held more explosive power than a hand grenade.

A commander’s investigation was started in the wake of the incident, CNN reported, which was later turned over to Army Criminal Investigation Division when officials learned that it was not the result of incoming fire.

While there have been a number of insider attacks throughout the U.S.’ wars in the Middle East, they typically haven’t been carried out by Americans. There was a steep increase in the attacks, referred to as “green-on-blue” attacks, around 2011 in Afghanistan, as Task & Purpose previously reported; the attacks accounted for roughly 15% of combat deaths in 2012. Years later, 2019 was identified as the “deadliest year on record” for insider attacks, according to a report from the State Department inspector general for Operation Freedom’s Sentinal, resulting in 257 total Afghan casualties. The IG pinned those attacks on Afghan soldiers and “Taliban infiltrators.”

By 2021, the number of insider attacks had begun to drop, and the lead inspector general for the war in Afghanistan said there had been no insider attacks or casualties from such attacks among U.S. and coalition forces at the end of 2020.

Two previous instances of insider attacks carried out by Americans occurred in 2003 and 2005. In 2005, an Army National Guard soldier was accused of detonating three hand grenades and a Claymore mine with the intent to murder company commander Capt. Phillip Esposito and 1st Lt. Louis Allen. He was ultimately found not guilty.

The 2003 attack involved a soldier with the 101t Airborne Division, who was accused of throwing three grenades into “three tents housing commanding officers,” CNN reported at the time. The attack killed Capt. Christopher Scott Seifert, 27, and Maj. Gregory Stone, 40, according to the New York Times, and wounded over a dozen others. The soldier, Sgt. Hasan Akbar, was found guilty of premeditated murder and attempted murder in 2005.

The Army CID statement on Tuesday emphasized that at “this point, these are just allegations, all suspects are presumed to be innocent until/unless convicted in a court of law.”

“The investigation is ongoing,” the statement said, “which may or may not, develop sufficient evidence to identify a perpetrator(s) and have enough evidence to ensure a conviction in a court of law. The possible suspect is now in the U.S. No further information will be released at this time.”