US special operators to test an X-wing-like loitering munition 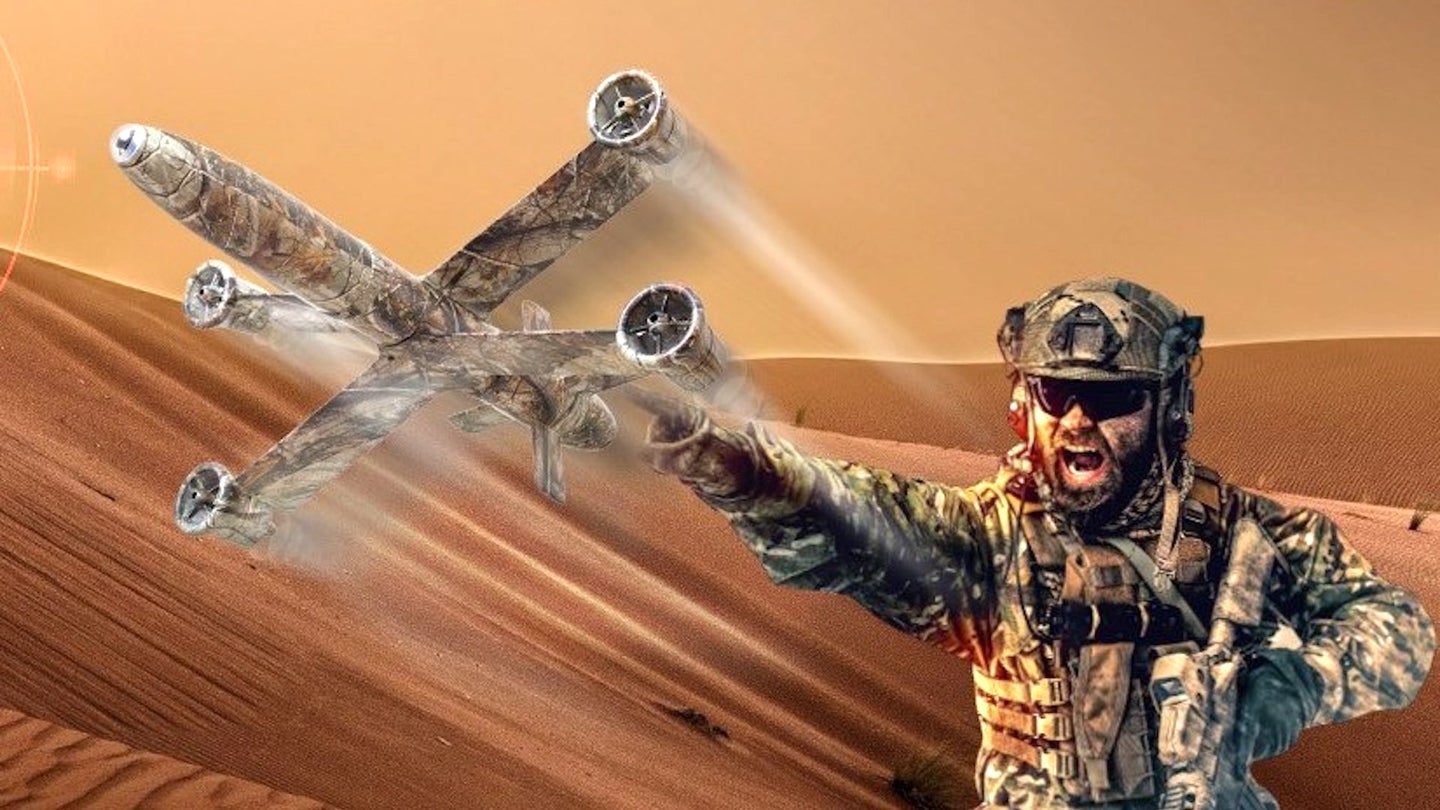 The Defense Department plans on testing a brand new Israeli-made recoverable loitering munition that appears to bear a strong resemblance to the Incom Corporation X-wing starfighter utilized by the Rebel Alliance in the Star Wars movie franchise.

Israel Aerospace Industries (IAI) announced on Thursday that the Pentagon had awarded the company a “multi-year, multi-million-dollar contract” to develop and deliver a version of the so-called “Point Blank” electro-optically guided missile to the U.S. military’s Irregular Warfare Technical Support Directorate (IWTSD) for testing.

The “ROC-X” variant of the Point Blank system — which IAI bills as a 15-pound loitering munition capable of being carried in an infantryman’s backpack and flying at 178 miles per hour at 1,500 feet — was designed to meet a Pentagon requirement for “increasing the organic precision strike lethality and survivability of small tactical teams,” according to the company.

“The missile is hand-launched, operated by a single soldier, and can take off from and land vertically back to the soldier’s hand,” according to the company. Indeed, the Point Blank marketing materials show an unidentified soldier deploying the vehicle like a falconer urging a bird of prey toward its target.

Based on related marketing materials, Point Blank appears geared toward precision engagements. A promotional video for the system shows the missile detonating a 2 kg warhead against the side of a passenger van with minimal overall damage to the vehicle’s structure.

The  Irregular Warfare Technical Support Directorate, which is responsible for developing fresh irregular warfare capabilities for the Pentagon, “should receive 10 Point Blank ROC-X versions this summer for operational test and evaluation by [Special Operations Forces],” the directorate told our colleagues at The War Zone, adding that additional testing of the weapon’s lethal payload will take place “later this year.”

The pursuit of fresh loitering munitions for U.S. special operations forces isn’t all that surprising. The Army and Marine Corps have pursued loitering munitions in both mounted and dismounted configurations in recent years, efforts that have only accelerated in response to the proven success of such systems amid the Russian invasion of Ukraine.

Indeed, the conflict in Ukraine “has clearly demonstrated the ability of unmanned systems at increasingly lower echelons of employment to be highly effective in different roles from intelligence gathering, reconnaissance, and strike actions by both partners and potential near-peer adversaries,” according to a recent Army request for information.

If nothing else, it’s an interesting concept that seems to wed modern military needs with the stuff of science fiction. On that note, I’m just going to leave this here: