No permanent replacement has been announced but it will fill in gaps with a rotational deployments. 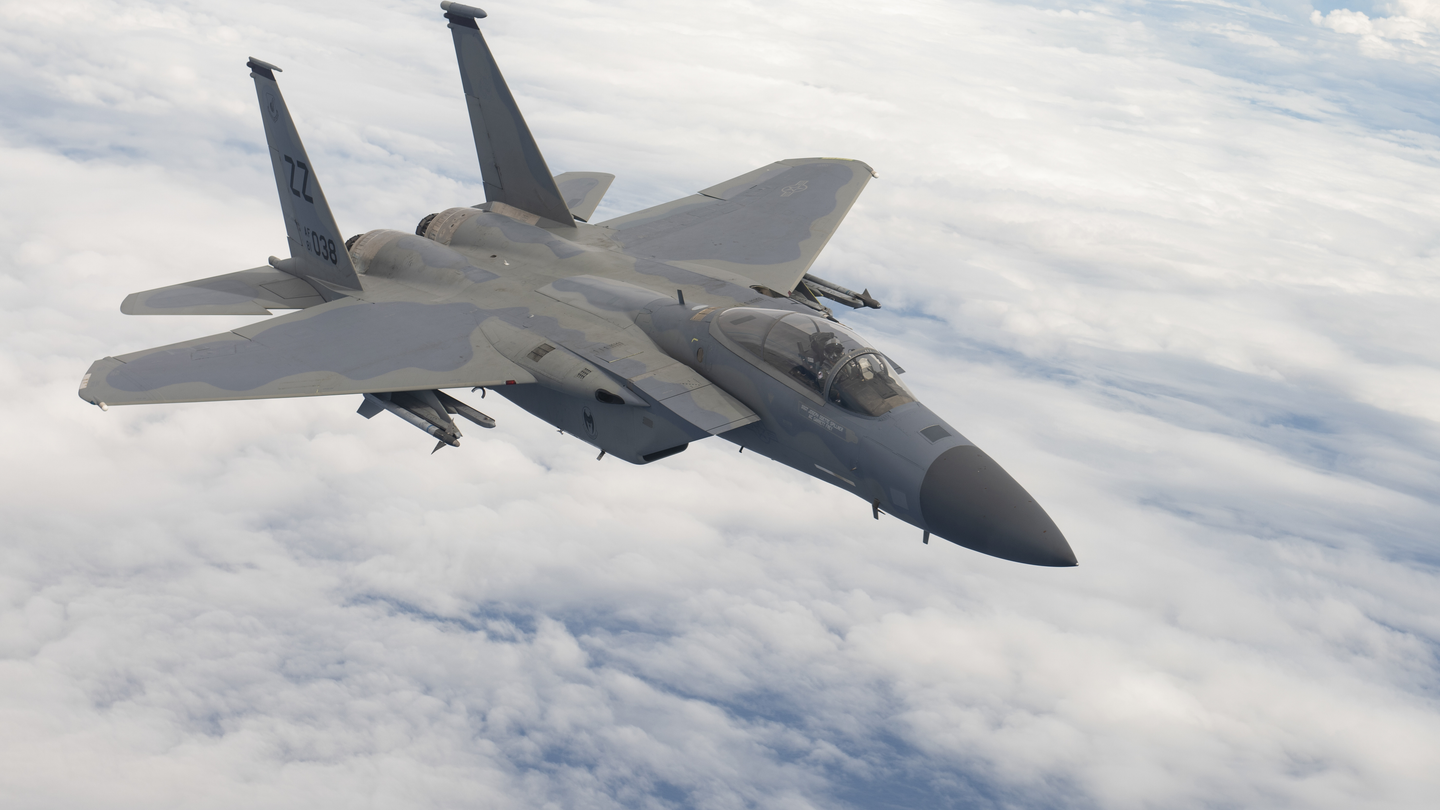 Starting in November, the U.S. Air Force is phasing out its aging F-15C and F-15D fighter jets from Kadena Air Base in Japan. The Air Force intends to put more modern fighter planes in the region, starting with a rotational force, although what the permanent replacement will be is unclear.

The Financial Times first reported on the plan, citing multiple sources. Kadena Air Base confirmed the news, saying that it intends to keep its forces fully operational by deploying “newer and more advanced aircraft to backfill the F-15s as they retire.” According to the Financial Times, F-22s currently in Alaska will be deployed to the base on Okinawa to start.

The Department of Defense will “use the Global Force Management process to provide backfill solutions that maintain regional deterrence and bolster our ability to uphold our treaty obligations to Japan,” the base said in its statement on the news. According to the Financial Times, the Air Force intends to make sure there are no gaps between the rotations, to maintain operational readiness.

At least 48 F-15s are stationed on the base, assigned to the 44th and 67th fighter squadrons of the Air Force’s 18th Wing. Kadena Air Base is the only overseas deployment of the single-seat F-15C and two-seat F-15D fighter jets. The two squadrons account for nearly half of the Air Force’s fighter deployment in Japan, with two squadrons of F-16s deployed to the Misawa Air Base elsewhere in the country. Right now the F-15s appear to be the only aircraft at Kadena Air Base set to be replaced.

The F-15C has been in service for more than three decades. The Air Force has been looking to retire dozens of F-15Cs and F-15Ds as it looks to modernize its fighter deployments. The idea is to update the fighter force in the Pacific amid a wider shift in strategic focus to the Indo-Pacific Region. The United States and allied militaries have been conducting multiple exercises around the potential threat of a war with China.

Right now it’s not clear what planes will permanently replace the F-15Cs currently in Okinawa. Gen. Kenneth Wilbasch, head of the U.S. Pacific Air Forces, had previously said in March that new F-15EX fighters could replace the aging jets at Kadena Air Base.

“While the DOD has not made a decision on the long-term solution, all of the proposals under consideration include advanced capabilities that are superior to the F-15 C/D,” a statement from Kadena Air Base said.